5 Powerful Reasons Why You Should Be Eating Turmeric | Yuri Elkaim

5 Powerful Reasons Why You Should Be Eating Turmeric 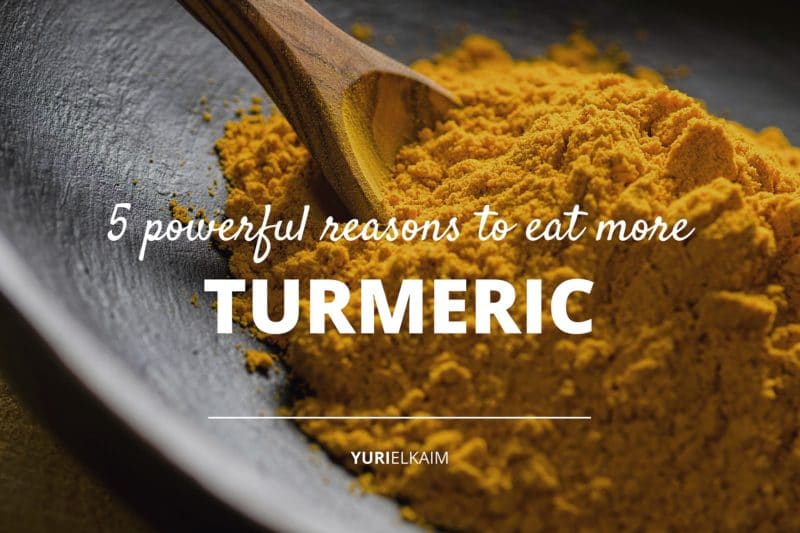 Chances are you’ve seen the buzz in the news lately about turmeric, touting its amazing health benefits.

The hype over this popular Indian spice appears to be well-deserved, as recent studies have shown that the active biochemicals in turmeric – curcumin and volatile oils – have a wide range of antiviral, anti-fungal, anti-inflammatory, anti-tumor and nervous-system-protecting capabilities.

But first, a little background: turmeric, a plant native to India, has been in use for thousands of years and has been called “Indian Saffron” because of its yellow-orangish color.

In the same plant family as ginger, most of us know that it’s a key ingredient in almost all curry powder spice mixtures.

But far beyond the flavor it imparts food, turmeric’s benefits have made it one of the most important natural remedies in traditional Ayurveda and Siddha medicine.

Its use continues to grow in Western medicine.

Top 5 Turmeric Benefits for Your Health

1. It’s Good for Your Heart

First, it reduces total cholesterol and also the levels of bad cholesterol (LDL, or low-density lipoprotein) in the blood.

How? The curcumin in turmeric acts as a message-carrying vehicle in your bloodstream, stimulating genes in your liver to step up the production of LDL receptors.

Those extra LDL receptors bind to the LDL in your blood and help to clear it from the body.

This is important because oxidized cholesterol is a killer. It deposits on blood vessel walls, forming plaque, which is responsible for the narrowing and hardening of arteries.

By reducing the oxidation of LDL, turmeric may help reduce the risk of strokes and heart attacks.

Not only that, but the abundance of vitamin B6 in turmeric may also help reduce the levels of homocysteine in the blood. Homocysteine has been linked with plaque buildup, narrowing and hardening of blood vessels and the onset of heart disease (1).

The essential oils and curcumin in turmeric display a wide spectrum of antibacterial, antifungal, antioxidant and anti-inflammatory properties.

In several studies, turmeric has shown a capability to reduce the pain and inflammation of arthritis, muscle strains, joint pains and toothaches as well as help heal wounds and bruises.

This is important because free radicals create havoc in the body and can be responsible for inflamed and painful joints, muscles or other tissues.

Turmeric may also be helpful to people suffering from inflammatory bowel disease (IBD).

Recent studies have claimed that very low doses of turmeric acted as a bowel protective agent. A study conducted on mice suggested that adding curcumin to their diet protected them from IBD.

Turmeric is also an excellent remedy for acne, so much so that it’s becoming a common ingredient in over-the-counter facial creams and lotions (2).

Over the past several decades, scientific studies have shown that turmeric or curcumin is a potent anti-cancer agent (3).

Research suggests that there are a plethora of turmeric benefits when it comes to fighting cancer: preventing cancer, slowing its spread, stopping precancerous changes from becoming full-blown cancer, as well as making chemotherapy treatment more effective and protecting cells during radiation.

Scientists are continuing this promising research against several different kinds of cancer (4).

4. It Can Ease Cystic Fibrosis

Cystic fibrosis (CF), a fatal genetic disease, attacks patients’ lungs with thick mucus, not only making it hard to breathe but harming digestion and halting the absorption of vitamins by clogging organs.

CF additionally can cause life-threatening infections.

Studies have shown that the curcumin in turmeric may work on a cellular level to prevent the buildup of mucus. In mice studies, it has also been shown to correct the genetic defect causing the disease (6) .

Turmeric also shows promise when it comes to neurological diseases ranging from Alzheimer’s Disease and dementia to multiple sclerosis (MS).

Curcumin can cross the blood-brain barrier and several studies have evaluated the effects of curcumin from all fronts when it comes to nervous-system-related diseases: preventing, slowing or stopping their progression.

The studies suggest that curcumin works on a number of different levels in the body when it comes to neurodegenerative disease. It works with specific proteins key in Alzheimer’s Disease, boosts the immune systems of patients, and may block the progression of MS.

How to Incorporate Turmeric into Your Diet

Turmeric has a unique peppery, bitter taste, and as I mentioned before, it’s well-known for its use in curries.

However, its use extends far beyond curries. 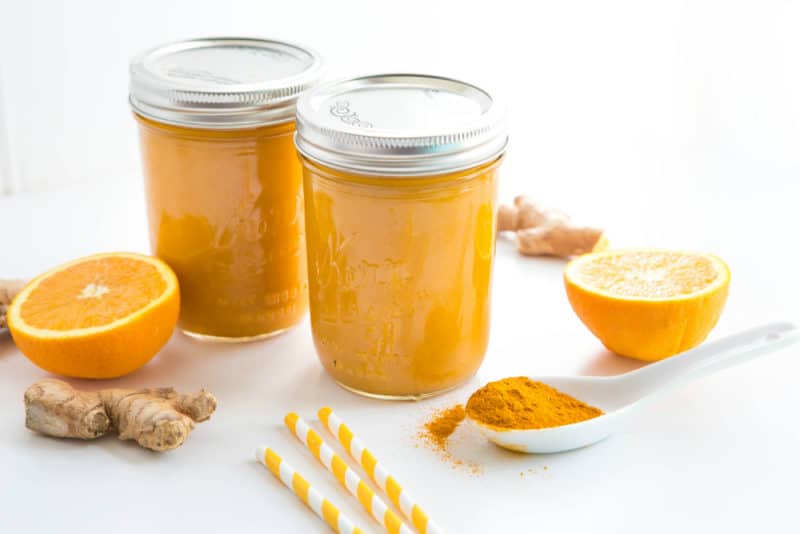 Try some of these ideas to get some of the awesome turmeric benefits into your diet:

Experiment and come up with your own ideas!

Did you enjoy this article on the benefits of turmeric?

You might also like my free Home Remedy Handbook. Click on the banner below and you’ll get my 10 safest and most effective natural home remedies that simply work – for FREE.

How Skipping Breakfast Can Actually Boost Your Weight Loss

Why I Don’t Like Cheat Meals (And What’s Better)

Resistant Starch: Everything You Need to Know About This Healthy Carb