You are here: Home / Healthy Eating / The Complete List of Gluten-Free Grains (9 in Total) 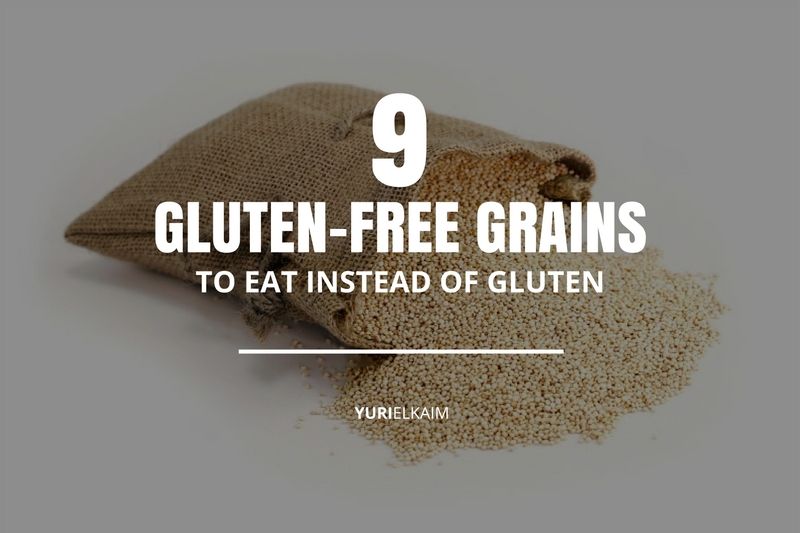 If you’ve ever tried to go gluten-free, you probably found out pretty quickly just how difficult it really is.

Gluten is found in just about everything, which can make it a real challenge if you’re sensitive to gluten or suffer from a wheat allergy or celiac disease.

It can get pretty frustrating.

Gluten sneaks in to foods you’d never even imagine – soy sauce, hot chocolate, and even pickles are often hiding gluten.

Looking for gluten-free grains can be even more of a hurdle. “The big 3” grains when it comes to containing gluten (wheat, barley, and rye) are just about everywhere, taking a lot of grains out of the picture.

Luckily, there are plenty of options for you if you’ve decided to cut out gluten from your diet.

But before we get to our gluten-free grains list, let’s explore what exactly gluten is and why you may not want it on your plate.

Most of us have probably heard of gluten at some point, but how many of us actually know what it is?

Gluten is a protein that is found in grains, especially wheat products, that gives dough its elastic properties. It helps it maintain its shape, acting as a “glue” that binds food together.

Some of the major players when it comes to containing gluten are:

Gluten is also added to many processed foods, which can make things tricky and requires a bit of label reading to ensure what you’re eating really is gluten-free.

Should I Go Gluten-Free?

There are several conditions that can absolutely be alleviated by adhering to a gluten-free diet.

Celiac disease is an autoimmune disorder that sets off an immune reaction after consuming gluten.

This immune response can damage the small intestine’s villi cells over time, which can eventually lead to malabsorption of nutrients as well as unpleasant side effects like abdominal pain, diarrhea, vomiting, weight loss, and fatigue, among others.

If you have an allergy to wheat, you might also consider going gluten-free or at least wheat-free.

This allergy occurs when the proteins found in wheat cause the body to generate an antibody after you consume wheat. Symptoms are consistent with other allergy symptoms, including hives, itching, swelling, watery eyes, or headache.

Some people are also very sensitive to gluten and find that they feel better on a gluten-free diet. In fact, an estimated 18 million Americans suffer from gluten sensitivity.

While there’s currently no validated test to determine if you have gluten sensitivity, the best method really is just trial and error.

If you find that you have bloating, diarrhea, fatigue, or skin rashes after you eat gluten, it may be a good idea to cut it out for a bit and see how you feel.

The fact is that we have not evolved to be able to digest wheat and gluten properly, given that wheat was only fairly recently introduced into our food supply.

Gluten can also be incredibly irritating to the small intestine, and over time that irritation can lead to malabsorption and the development of food sensitivities and allergies.

Most people also find that they have more energy and feel better overall when they cut the gluten from their diets. That’s why I recommend cutting gluten when people ask me about eating for energy.

Try substituting your whole-wheat bread for some of the gluten-free grains on this list and see what a difference it can make.

Quinoa is an awesome grain because not only is it gluten-free, it’s one of the few plant foods that is considered a complete protein.

It’s also rich in fiber to keep you feeling full and is packed with vitamins and minerals to promote overall health.

Quinoa is incredibly versatile and can be used to spice up a wide variety of dishes. 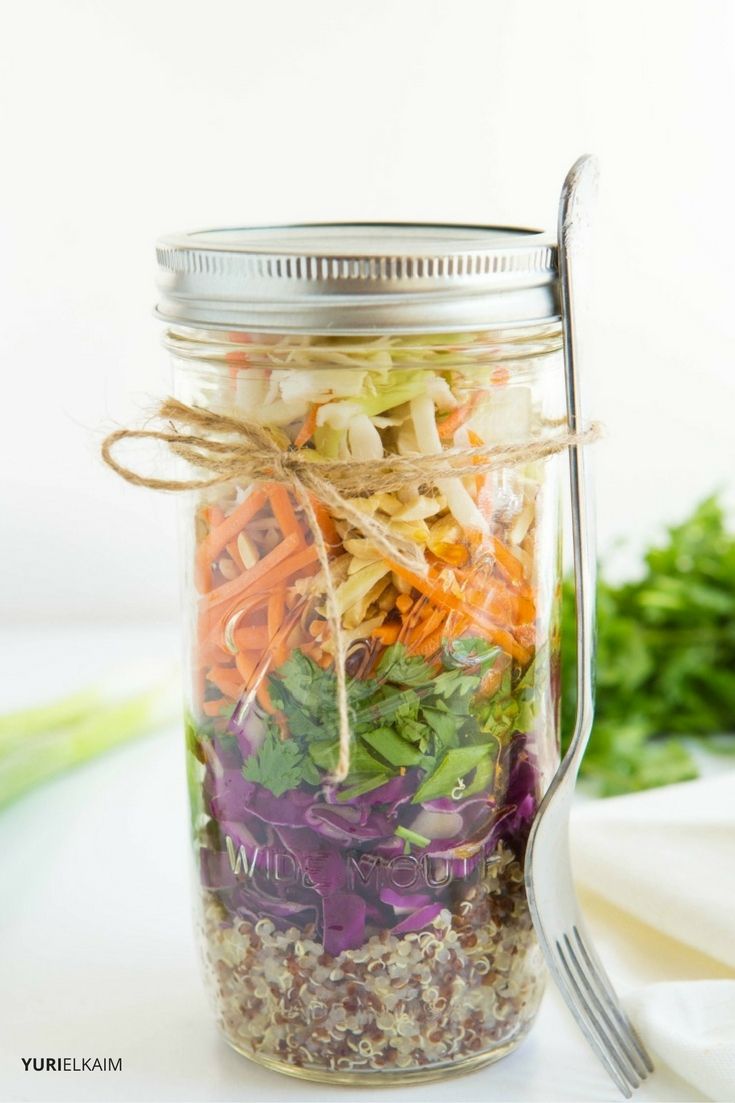 This grain is considered a staple in many Asian countries. Along with a combination of other healthy eating patterns, it could be part of the reason that the Asian diet is associated with lower rates of cancer, obesity, and heart disease than our modern western diet.

Opt for brown rice instead of white to get the most whole grains, fiber, and nutrients.

Pair rice with a vegetable dish to really boost the nutrient profile. For starters, try out my delicious sweet and savory Asian brown rice bowl. 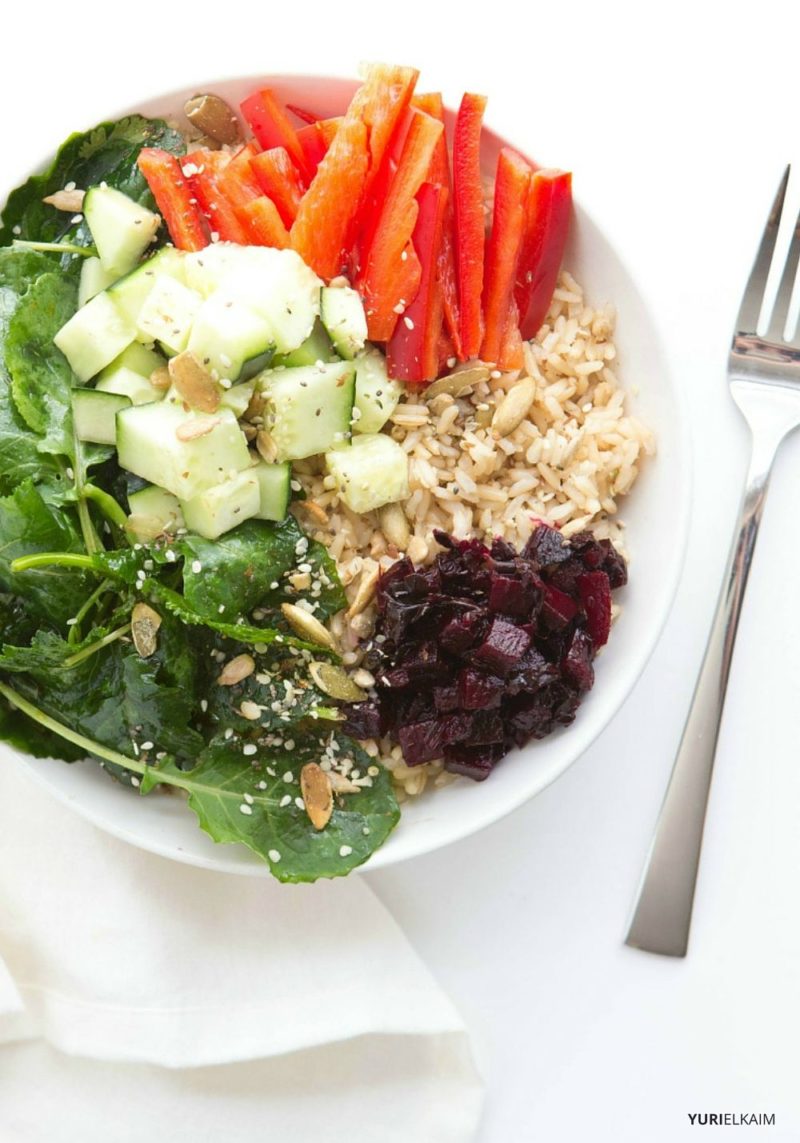 Sorghum is a grain found in the grass family and has been commonly consumed in India and Africa for centuries.

It’s rich in B vitamins and minerals like magnesium, iron, and phosphorus.

This grain is also incredibly diverse; with its subtle flavor and hearty texture, sorghum can be used in place of any type of whole grains or even popped like popcorn.

Alternatively, try trading in your all-purpose flour for sorghum flour and baking up some sorghum muffins or biscuits. 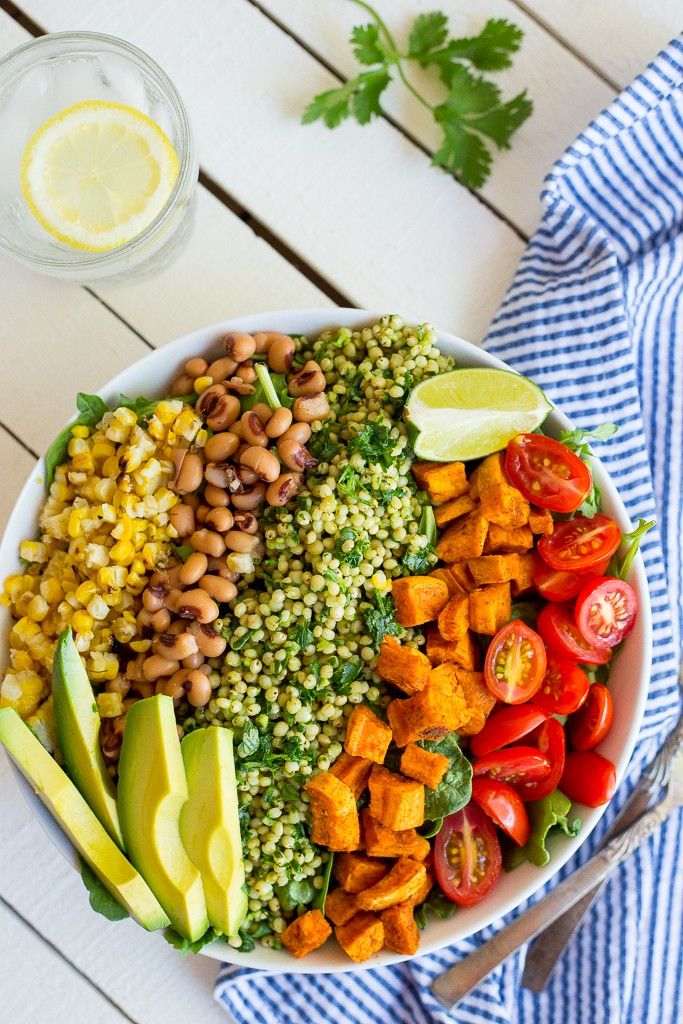 This ancient grain was a favorite of the Aztecs and has been cultivated for nearly 8,000 years.

Commonly used as a substitute for rice or pasta, amaranth is similar to quinoa in that it provides all nine essential amino acids and is considered a complete protein.

It’s also high in protein, packing in about 26 grams per uncooked cup.

Amaranth is an excellent addition to a power-packed meal. Use it in place of oatmeal or cream of wheat and create a tasty amaranth porridge that’s sure to keep you satisfied. 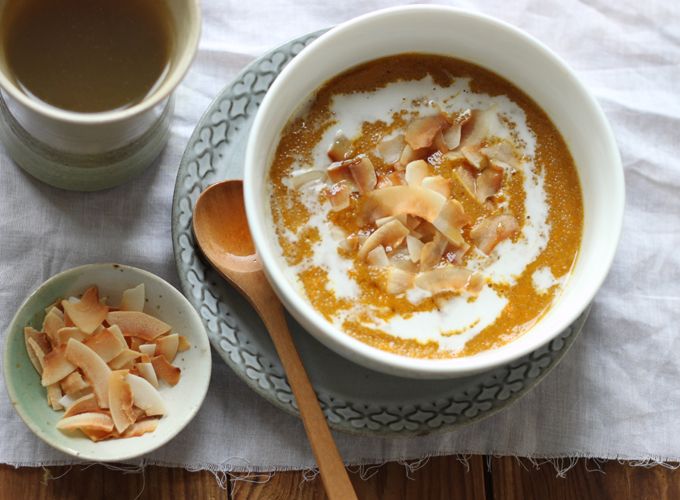 Amaranth can also be used to make pancakes, corn fritters, or patties – all gluten-free and delicious.

Millet is a tiny round grain found in variable colors and often used in place of rice or potatoes.

High in fiber and protein, millet is also easy on the GI tract. It can be paired with legumes, such as chickpeas or lentils, to create a complete protein.

It’s also rich in minerals, including magnesium and phosphorus.

Cooked millet can be combined with your choice of veggies and protein for an easy, nutritious meal.

Ground millet can also be used in place of flour to give your baked goods a gluten-free twist. 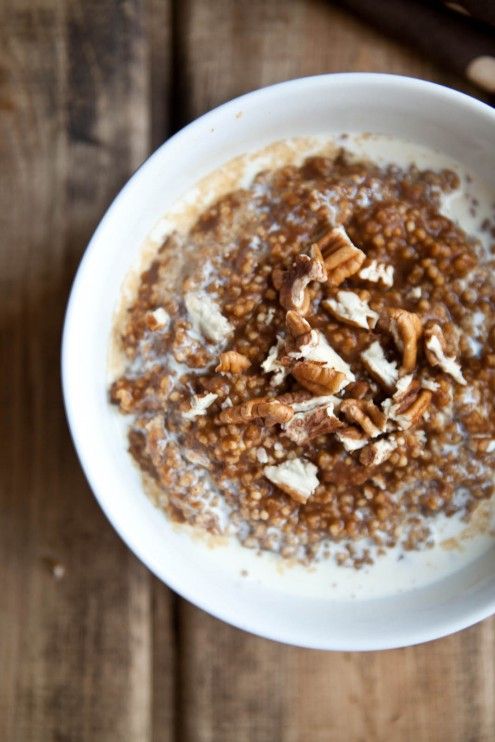 Corn is typically thought of as a vegetable, while dried corn (including popcorn) is considered a whole grain as long as the bran, germ, and endosperm remain intact.

Corn is an excellent source of antioxidants, including lutein, which promotes eye health, and also contains an impressive host of vitamins and minerals. 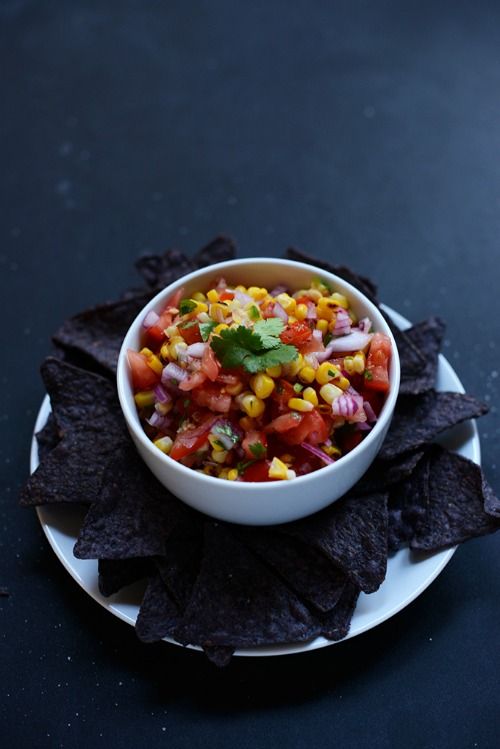 I typically don’t recommend regular consumption of corn because it is an inflammatory food and most corn is genetically modified.

If you do plan to include it in your gluten-free diet, however, be sure to buy the organic, GMO-free variety.

Also look for whole-grain popcorn varieties and always make it at home instead of resorting to microwaveable bags of popcorn.

It may have “wheat” in its name, but buckwheat is not related to wheat and is, in fact, a great choice when it comes to gluten-free grains.

This powerful grain is loaded with protein, packing in more grams than wheat, millet, and rice. It also has a low glycemic index, making it great for keeping blood sugar levels stable.

To get the most from buckwheat, make up a batch of protein bars, trade in your oatmeal for buckwheat, turn it into a grain salad, or give buckwheat pudding a try! 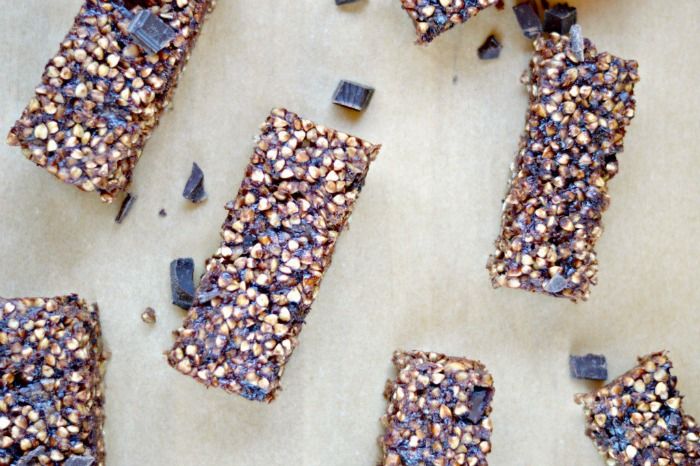 This one is a little tricky because while oats are gluten-free, they can sometimes get contaminated during processing. That means the final product may, in fact, contain gluten.

Your best bet is to look for a brand that offers guaranteed gluten-free oats, like Bob’s Red Mill, to ensure that your grains really are gluten-free.

Oats are a great way to promote heart-health and weight maintenance. They contain a special type of fiber known as beta-glucan, which has been shown to decrease levels of LDL cholesterol and keep you satiated to cut down on cravings.

Alternatively, oats can be added to your next smoothie to bump up the protein and fiber content while adding a unique texture. 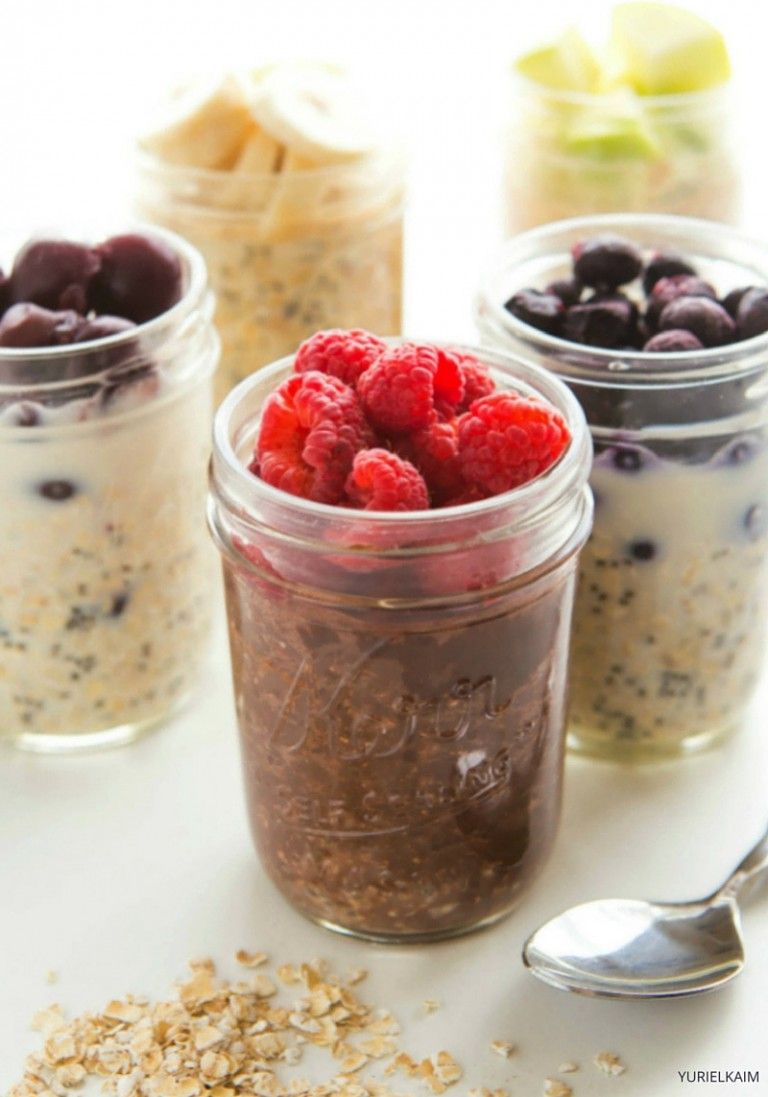 This tiny ancient grain originated in Ethiopia thousands of years ago and is still enjoyed there as a dietary staple.

Interestingly enough, teff is the smallest grain in the world, clocking in at 1/150th the size of a kernel of wheat, but it still packs a nutritional punch.

Teff has a mild yet nutty flavor profile and is a great way to get in extra iron, calcium, magnesium, and zinc.

It can be a great addition to porridges or stews. It can also be a substitute for all-purpose flour and can be used to create gluten-free pie crusts, cookies, and crepes. 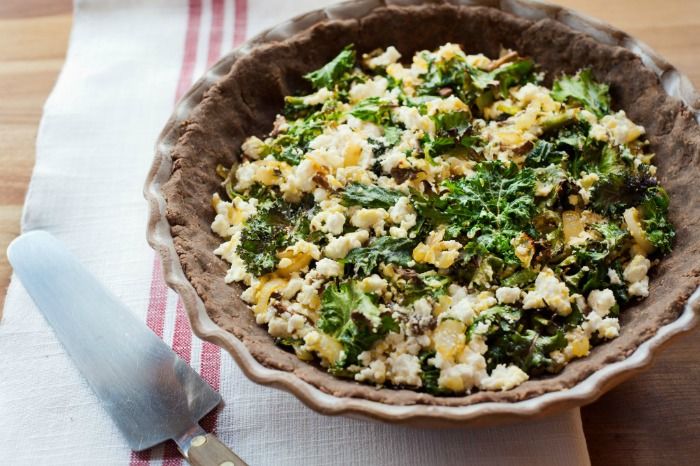 Experiment and Have Fun

It may still take some work to really ensure that your diet is totally gluten-free, but with this gluten-free grains list, it should be a little simpler.

If you’re just starting the switch to gluten-free, here are some tips:

It’s easy to get discouraged, but use your new diet as an opportunity to try new things, revamp your diet, and become the healthiest version of yourself yet.

Get my proven 3-step formula for doubling your energy in less than a week (as experienced by more than 26,237 tired men and women).

Click the banner below of access to my Double Your Energy report and start living your days to the fullest now!