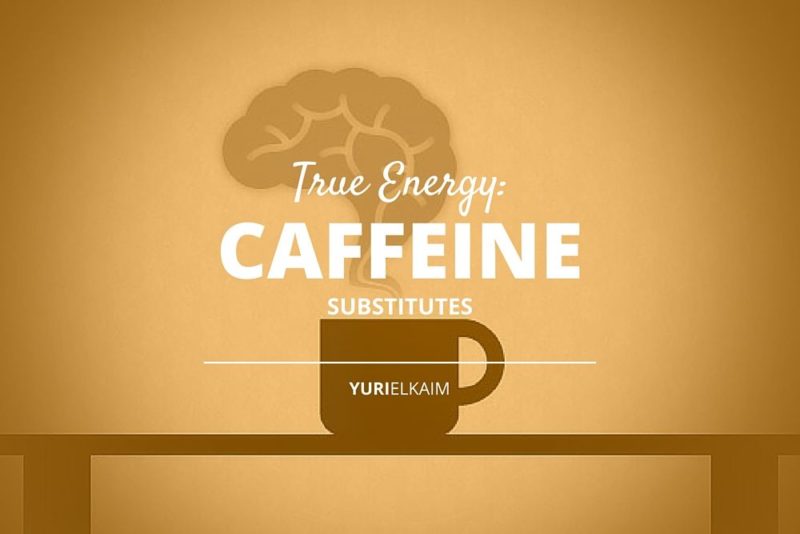 Last year, I interviewed Yuri Elkaim on a podcast about energy, and during that podcast, Yuri talked about how millions of people struggle with fatigue every day.

They feel groggy, have brain fog, don’t sleep well enough or long enough, and they may even lack the the energy for the basic tasks of daily living, like going up and down stairs or cleaning the garage.

What’s worse, the most popular drug on the face of the planet, caffeine (the drug most people rely upon to combat that fatigue and to give them energy), has daunting side effects, most significantly including extreme addiction (1).

Sure, while a nice cup of coffee is likely to be harmless, large doses can result in caffeine toxicity or overdose side effects – especially when it’s in combination with the sugar and other additives you’ll find in everything from carbonated energy drinks to the fancy coffee beverages at your local coffeeshop.

What you’re about to learn will likely surprise you:

In a nutshell, they temporarily squeeze huge amounts of adrenaline from your adrenal glands, resulting in a longer-term drop in your energy levels and even greater dependence on these compounds for getting you through the day (2). 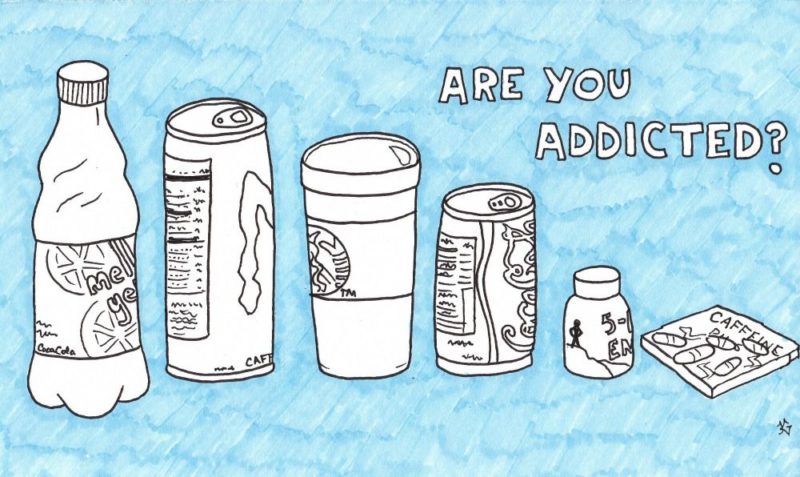 But don’t worry. We will go over some tactics for caffeine substitutes – like eating for energy and making smart swaps – so you’ll be feeling more energy than you imagined possible.

So how exactly does caffeine give you this “fake energy”?

One of caffeine’s primary mechanisms of action is achieved by boosting the levels of the neurotransmitters serotonin, dopamine and acetylcholine (3).

How do these types of neurotransmitters work?

Let’s take dopamine as an example.

Dopamine affects levels of concentration by blocking adenosine receptors in your forebrain, receptors that would normally signal your brain to be tired when it’s supposed to be tired, like when it’s time to go to bed. That’s just one way caffeine works with (or against) your body chemicals to make you stay up at night.

Additionally, caffeine increases the release of catecholamines such as adrenaline, which stimulates your “fight and flight” sympathetic nervous system to make your heart beat faster, sends more blood to your muscles and induces your liver to release sugar into the bloodstream for energy, a process known as liver glycogenolysis.

This is why people who eat low amounts of sugar or carbohydrate, but drink copious amounts of coffee, can still have high blood sugar.

But caffeine can do more than this.

For example, it can help muscles to contract by causing the sarcoplasmic reticulum in muscle fibers to release calcium ions, it has been shown to reduce the percentage of maximum exertion that any given level of exercise requires, and even increases circulating and intracellular glucose and fatty acid availability (4).

Research also shows that the amount of caffeine we consume matters (5).

The relatively normal and sane consumption of three milligrams of caffeine per kilogram of body weight (equal to about one to one-and-a-half cups of brewed coffee in a day) appears not to produce some of these “fake energy” effects.

But once you get up to three, and especially when you get as high as six milligrams per kilogram, you begin to experience not only the “fake” boost in energy, but also many of the deleterious side effects of excess caffeine.

You can do the math: that means that if you’re drinking three or more energy drinks, coffees or caffeinated beverages per day, you’re likely not doing your energy systems any favors.

That may seem like a lot of coffee, but when you look at the line coming out of Starbucks or the cars wrapped around the drive-thru of a coffee shop on a typical lunch break, it’s actually close to what many people are consuming on a daily basis.

But What about Those Studies … ?

Now, it is certainly true that, depending on your family history and personal genetics, caffeine consumption can be linked to a reduced risk of Alzheimer’s disease, Type 2 diabetes and Parkinson’s disease, and this may feel like a bargain that works in your favor. 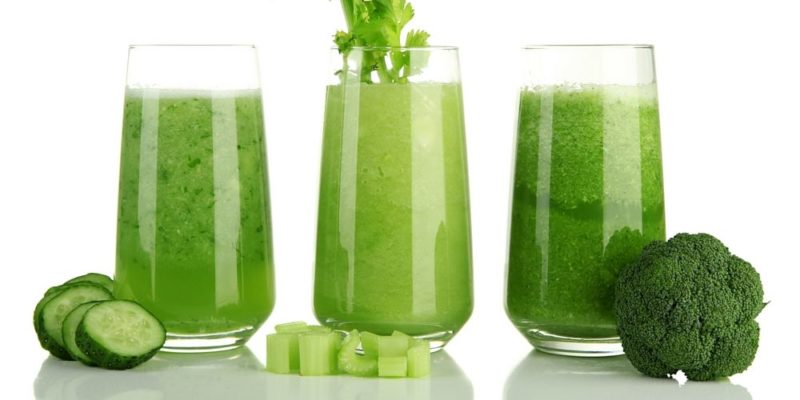 But here’s something to consider: there are so many non-caffeinated ways to reduce the risk of chronic disease – such as antioxidant rich juices and smoothies, darkly colored fruits and vegetables, anti-inflammatory herbs and spices, and other natural dietary methods – that it makes sense to not rely upon coffee as your sole source of antioxidants.

And it certainly makes sense to avoid forms of caffeine – like energy drinks and caffeine pills – that provide no antioxidant benefits at all.

So let’s get down to some more reasons why you should consider implementing caffeine substitutes.

How Constant Coffee Decreases Your Ability to Produce Energy

Society’s infatuation and addiction with coffee and caffeine-based drinks is especially a concern for women, considering that high caffeine consumption is linked to greater bone loss.

But the problems with caffeine go far beyond bone loss. Caffeine is a highly addictive substance, and many of us wind up craving the “fake energy” it provides and consume it in large amounts.

The problem with caffeine is that the energy it gives you is short-lived, and you’ve no doubt experienced the up-and-down energy swings that are associated with a big cup of coffee or an energy drink. Every caffeine high is followed by a bounce-back low, and typically, the low prompts you to ingest more caffeine.

So what exactly happens to your energy levels each time you drink a cup of coffee?

First, your brain sends a message to the pituitary gland, and the pituitary then releases a hormone that tells your adrenal glands to produce the stress hormones adrenaline and cortisol – which basically triggers the exact same stress response your body would use if you are in imminent physical danger (6).

With just the occasional cup of coffee, your adrenals can handle this type of stimulation. But if you are drinking many cups of coffee each day, and find yourself relying upon coffee for any meaningful source of energy, you will find you need more and more to “get a reaction.”

This isn’t just a tolerance to caffeine, and can instead mean your adrenals are weak and less able to respond to coffee. The adrenals can become, in a word, drained.

This “adrenal fatigue” action of caffeine has been demonstrated in research.

In one study, researchers gave three groups of subjects a 0mg, 300mg or 600mg dose of caffeine each day for five days (7).

Then on a sixth day they gave each subject a morning and afternoon dose of caffeine, and measured the cortisol response. The subjects who had been abstaining from caffeine saw big spikes in cortisol on the sixth day.

But those who had been ingesting caffeine each day saw no cortisol response at all in the morning of the sixth day, and a reduced response in the afternoon.

If you find yourself having trouble with energy levels, then giving up a morning cup of tea, coffee, energy drink or caffeinated soda might sound daunting, but can be a crucial part of beginning to once again create natural energy, especially when combined with the caffeine substitute tips below.

Fortunately, the short-term withdrawal symptoms from caffeine are generally gone within just a few days to a couple weeks.

Try These Caffeine Substitutions to Get Energy

So if you don’t want the potential for adrenal fatigue, withdrawal, addiction, bone loss and the damaging “fake energy” that coffee and caffeine provides, what’s the alternative?

I have a great discussion about how cells can communicate using ATP in my podcast interview with Dr. Todd Schlapfer at “How to Get Your Cells to Communicate with Lightning Speed” (8).

Fatigue, both mental and physical, can be traced to insufficient levels of the tiny battery-like ATP molecules, which are derived and created in the cells from food that you eat. By maintaining adequate ATP levels, you keep your true energy levels elevated and your batteries charged.

How to Increase Your ATP

There are a variety of strategies for increasing ATP. Many supplements and herbs and wild plant extracts are traditionally used for this and can easily be used as part of your caffeine substitute game plan.

For example, the adaptogenic herbs cordyceps and ginseng both naturally increase ATP levels and energy (9). 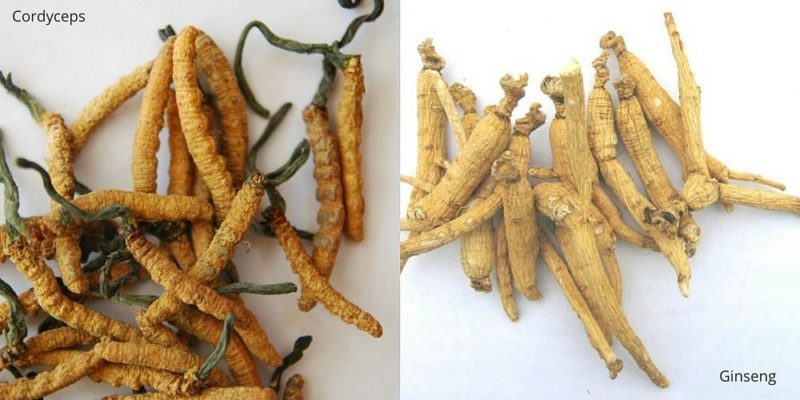 Cordyceps sinensis is a medicinal fungi from China that has historically been used in traditional Chinese medicine for its metabolic and energy-producing effects.

The cordyceps fungi live on insects, and when the insect dies, replaces the dead insect’s tissues with fungal structures.

Studies show that cordyceps can increase energy in muscle and other tissues by increasing levels of ATP. Mice given cordyceps supplements have demonstrated more than an 18 percent increase in liver ATP levels, with a drop in the building blocks of ATP, indicating that the body was using these building blocks to create new ATP molecules  (10).

It also seems to be especially effective at increasing ATP under conditions of stress. For example, in animals with iron deficiency anemia (a common cause of fatigue in humans) cordyceps has been shown to significantly increase ATP (12).

Like cordyceps, ginseng also has a history of traditional use in China, where it is considered to have “qi-increasing” properties.

The concept of “qi” is considered to be “energy flow” or “vital energy”  and in Chinese medicine, a deficiency of qi is associated with heart disease and lethargy.

Studies show that ginseng increases ATP production in the mitochondria due to antioxidant effects  (13).

It has also been shown that ginseng activates multiple enzymes in the tricarboxylic acid cycle (Krebs cycle), enabling mitochondria to extract maximum amounts of ATP from glucose in the presence of oxygen (14).

Ginseng is a perfect example of how increasing ATP production and fighting fatigue involves protecting and supporting the cells’ mitochondria.

So in addition to including extracts like cordyceps and ginseng in your diet, what are some other ways to get true energy? 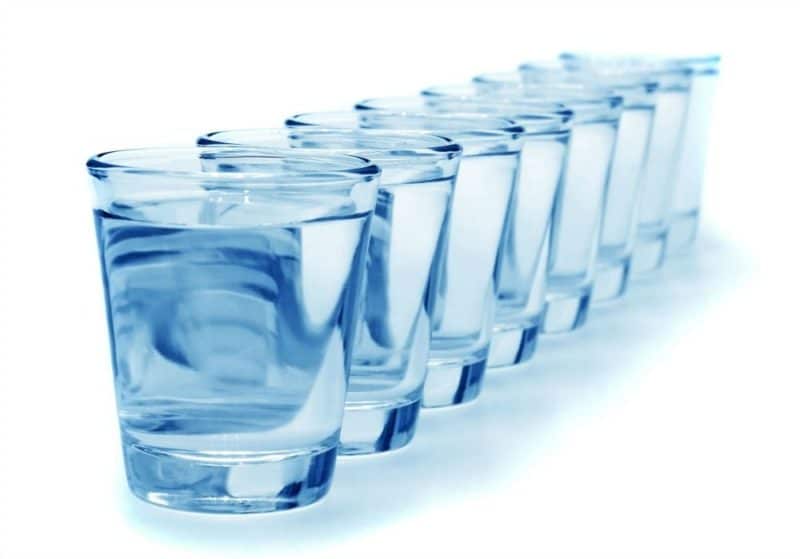 7 other strategies to accomplish this same type of mitochondrial protection and ATP production include:

Adaptogens, detoxification, hydration, B and C vitamins, care for your liver and quality sleep … check these boxes, and you’ll need far less coffee than you may currently think you need, and you’ll find that you have true, lasting energy in the form of chemical ATP.

So if you are one of the millions of people who struggle with fatigue or you have a battery that seems chronically run down, I’d highly recommend you make smart caffeine substitutes – choose a safe and non-addictive energy boost and the ATP-producing strategies described above, rather than relying on that “fake” caffeine energy.

Sure, fatigue can sometimes be linked to an underlying illness, such as Lyme disease or a parasite or diabetes, etc. but often the fatigue is simply due to the fact that you are overstimulating your adrenals with caffeine, and the solution is not medical treatment or adding medications, but rather taking care of the natural mechanisms in your body that manufacture ATP, a true source of energy.

Take your energy up a notch (or two or three!) with my proven 3-step formula for doubling your energy in less than a week (as experienced by more than 26,237 tired men and women). You can download How To Double Your Energy right now – for FREE! – by clicking the banner below.