You are here: Home / Healthy Eating / Apple Cider Vinegar and Weight Loss: How It Works 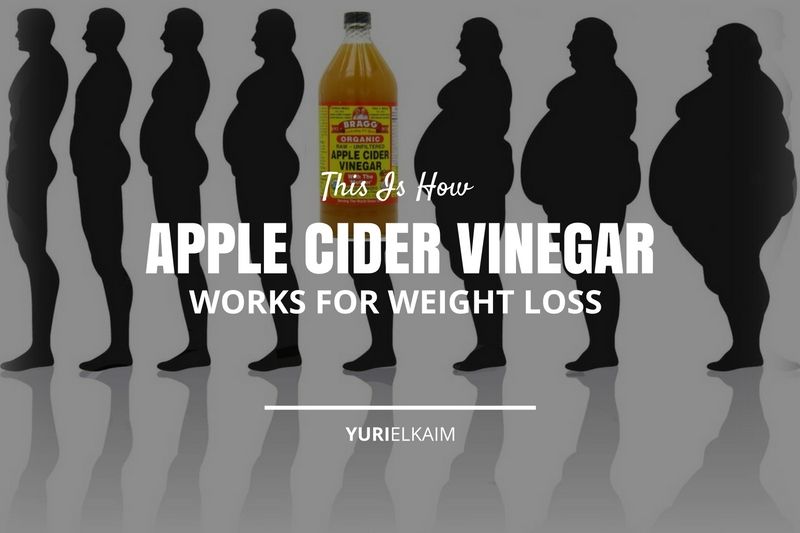 We’re constantly bombarded by the latest discoveries of “miracle” weight loss nutrients, whether it’s on talk shows, health blogs, or even on news reports.

So the good news is, there are ultimate superfoods that promote sustainable weight loss – and apple cider vinegar is one of them.

Apple cider vinegar contains specific nutrients that help support your body’s natural functions like digestion. And when your body receives the nutrients it needs to function at its best, it sets the stage for natural weight loss.

So, let’s take a look at the science behind apple cider vinegar and weight loss that explains why this superfood isn’t just an old wive’s tale. 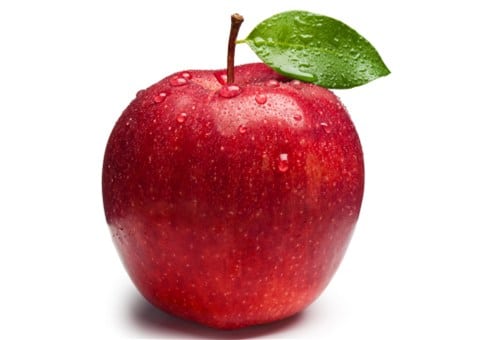 Being a fermented food, apple cider vinegar (ACV) contains probiotics, or friendly bacteria, that contribute to a healthy gut.

And when compared to other varieties of vinegar, ACV is tops in nutritional value – and that’s simply because it’s made from apples.

We already know that apples are one of the most nutritious foods on the planet. They’re rich in several essential nutrients such as fiber and several vitamins and minerals.

And when a food is fermented, the nutrients it contains can become even more concentrated (1).

One of the primary benefits of apple cider vinegar is that its main ingredient is acetic acid.

Acetic acid is an organic compound that’s produced by bacteria during the fermentation process. It contains antioxidants and has been proven to destroy harmful bacteria, is a natural antifungal, and, yes – it can also promote natural weight loss (2).

One of the ways acetic acid helps us lose weight is because it’s been shown to keep your appetite satisfied for longer.

In a recent study, researchers found acetic acid slows down the body’s insulin response to carbohydrates like white bread.

The healthy individuals who participated in the study were also reported to have higher levels of satiety after consuming vinegar with bread, compared to those who only had the bread alone (3).

This suggests that acetic acid may help promote blood sugar balance and keep your appetite satisfied for longer: two factors that lead to natural weight loss.

The potential blood-sugar-balancing benefits of acetic acid may also prevent cravings for sugary sweets and starches.

For 6 weeks, the mice were given acetic acid with water, without changing their diet or food consumption.

So now we know how one component of ACV – acetic acid – facilitates weight loss. But does apple cider vinegar help with weight loss in other ways?

The answer is yes.

1. It Helps with Natural Detoxification

Regular and healthy digestion is essential to weight loss. If you aren’t eliminating daily, waste builds up in your digestive tract and can be stored as extra pounds.

Also, if your body’s elimination process isn’t up to speed, toxins can recirculate in your bloodstream and get reabsorbed, which can lead to weight gain.

For instance, let’s take xenoestrogens, which are environmental toxins that we’re exposed to in our environment, especially in plastics, household cleaners and cosmetics.

Xenoestrogens are considered toxic because they mimic the hormone estrogen. Estrogen is a female sex hormone that promotes growth and development. When it’s found in the body in high levels, excess estrogen can promote weight gain (4).

When we absorb xenoestrogens, our entire – and delicate – hormonal balance can be thrown off.

2. More (Better) Trips to the Bathroom

Your body works hard to detoxify from toxins such as xenoestrogens, but when your elimination isn’t working efficiently, these toxins can be reabsorbed into your bloodstream. 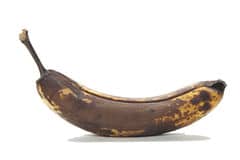 When toxins are reabsorbed, they have the ability to damage your cells and negatively interfere with your hormones, which are responsible for controlling your metabolism and blood sugar levels (among many other functions).

Now, healthy digestion doesn’t just mean going to the bathroom once per day. In fact, from a holistic perspective, you’re considered constipated if you’re only having one bowel movement per day. The goal for optimal health is two to three bowel movements per day.

And when it comes to healthy poop, we’re not talking about rabbit pellets here. Healthy poop should have an “S” shape, or look similar to a big brown banana, without a foul scent.

3. It Helps You Digest Protein

While apple cider vinegar aids in natural detoxification, the acid it contains can also help with protein digestion – and I’ll explain how this relates to weight loss in just a moment. 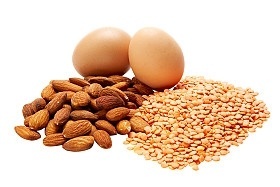 But first: protein requires an acidic internal environment to be properly digested.

While the pH of stomach acid is sufficient to digest protein, one of the most common health problems today is low stomach acid.

Low stomach acid is commonly caused by stress, diets high in processed foods, and frequent antibiotic use. It also naturally depletes with age.

Now, poor protein digestion can prevent you from losing weight by interfering with your hormone production.

This is because protein is a macronutrient your body uses to build certain hormones, such as the growth hormone (5). Growth hormone plays a role in weight loss because it helps us burn energy (or calories) while we’re at rest.

I also briefly mentioned above that your hormones play a key role in regulating your metabolism.

This is because hormones are chemical messengers that work closely together to perform nearly every function in your body. That being said, when your hormones are out of balance (which can occur from poor protein digestion), they aren’t able to communicate as efficiently. The communication between your hormones can have a direct impact on whether you gain weight, lose weight, burn fat or store fat.

By increasing your stomach acid with apple cider vinegar before a meal, you’ll improve your protein digestion and make it more usable for hormone synthesis.

Apple cider vinegar has been shown to release proteins during digestion that the body uses to make tryptophan (6).

The amino acid tryptophan is essential for weight loss because it can helps us feel full and satisfied from meals.

You see, tryptophan is the sole precursor of the “feel good” neurotransmitter, serotonin. And because serotonin promotes feelings of serenity and satisfaction, it can also prevent overeating and cravings for sweets.

In fact, studies have linked low serotonin to increased carbohydrate consumption and obesity (7).

ACV Helps in Many Ways

While apple cider vinegar can act as an ultimate superfood for weight loss, it contributes to weight loss in complex ways through protein digestion, natural detoxification, and promoting hormone and neurotransmitter production. 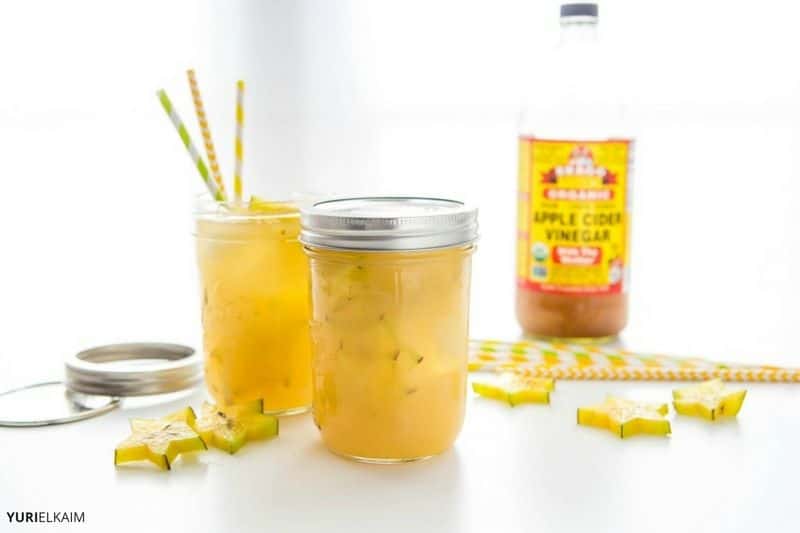 To use ACV for weight loss, simply stir 2 tablespoons of vinegar into 500 ml of water (a little more than 2 cups) before each meal (8).

If that mix doesn’t appeal to you, try my other apple cider vinegar drinks:

To receive all of the health benefits of apple cider vinegar, I recommend choosing raw and unpasteurized version, such as Bragg’s Apple Cider Vinegar. It contains all of the enzymes and beneficial bacteria found in vinegar that are destroyed during pasteurization.

Raw, unpasteurized apple cider vinegar will also contain “the mother” of the vinegar, which is a somewhat slimy substance that’s highly concentrated in protein, enzymes and friendly bacteria.

Don’t fear the mother – while it’s not the most visually appealing clump of goodness, it does enhance the overall nutritional content of apple cider vinegar.

Since apple cider vinegar is acidic, I always like to throw out the disclaimer that it can erode your tooth enamel when you drink it. For this reason, it should always be sipped through a straw and diluted in water.

The acid in apple cider vinegar can also burn your esophagus if you drink it straight, which is also why it’s important to dilute it.

Try it For Yourself

As you can see, when it comes to apple cider vinegar and weight loss, there’s no harm in adding it to your routine for its unique health benefits.

While ACV isn’t a cure-all for weight loss, it can certainly help support your overall health and enhance the weight-loss-promoting benefits of a nutrient-dense diet.

Detox in a Day

Want to feel better by tomorrow?

You can get a jumpstart on feeling amazing by downloading my 1-Day Detox plan – for FREE! – right now by clicking the banner below.