It’s been 78 days since the beginning of the New Year. What have you done in those 78 days?

More than 45% of Americans make New Years resolutions and weight loss is the #1 most common resolution. From there however, the numbers get grim. A whopping 61% of people in their twenties won’t achieve their resolutions. If you’re over fifty, there’s an 86% likelihood you’ll abandon New Year’s goals before the end of the year. After just one month, nearly 50% of people have forgotten their resolutions, and 54% of goal makers won’t even make it through 6 months of goal keeping. (via Statistic Brain).

When you’re trying to lose weight, you know how realistic these numbers are. It’s not easy making a weight goal and sticking to it. You’re swimming upstream against old habits, longstanding cravings, and working hard to burn new brain pathways (which experts say can be as painful as weight lifting. Change takes work!)

Reciting those numbers, however, only gives you one side of the story. Consider this:

Statistics are always telling two sides of a story–which side are you going to be on?

I want to share some astounding success from one of my clients today. He’s not just one of the 46% still sticking to his New Year’s weight loss resolutions–he’s absolutely pummeling his New Year’s resolutions into the ground, climbing on top of them, and scaling skyscrapers. The guy is absolutely slaying his goals, leaving statistics in the dust, and making massive progress.  No excuses. So, if you have been wondering if fasting one day a week is good for you, you’ll want to keep reading. 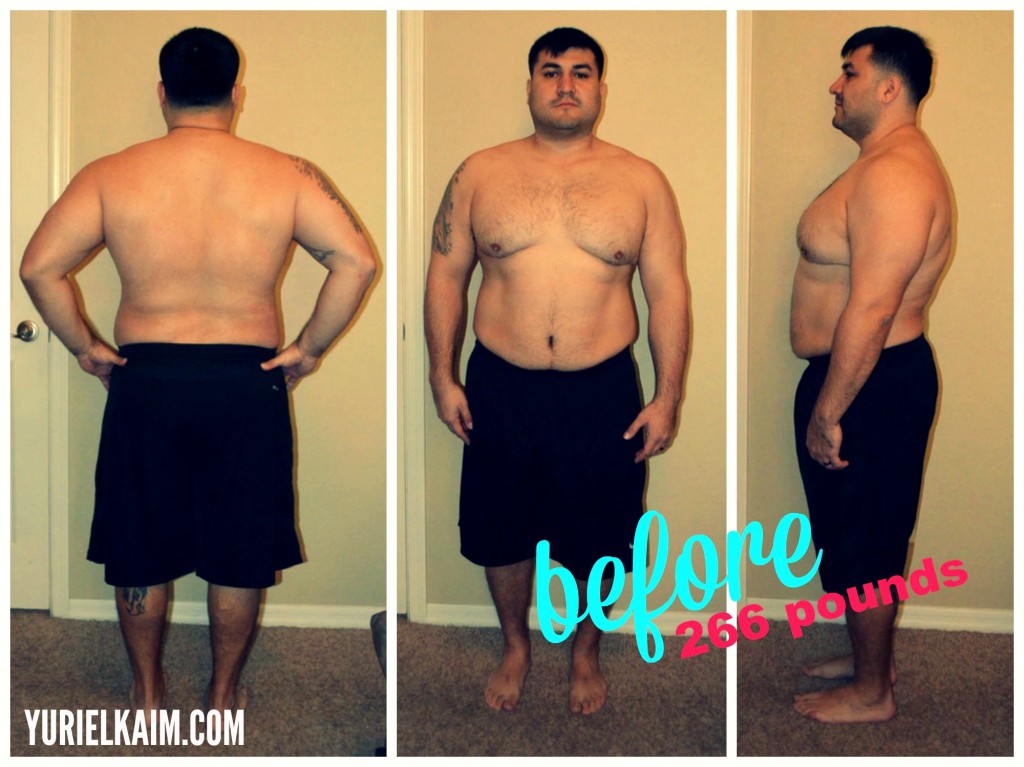 Patrick joined my first All-Day Fat Burning Diet beta test back in December. Keep in mind, I put him through the protocol during the holiday season. If there is ever a time it would be particularly hard to start and stick to a new diet, it would be the holiday season. But Patrick didn’t make any excuses. He set his mind to the goal, committed to the program, and put himself– all 266 pounds  of himself–on my all-new diet.

His results have been nothing short of astounding. But you don’t have to take my word for it.

For the first time ever, I’m sharing an inside peek at our behind-the-scenes beta test. You get to see every one of Patrick’s pictures, his tracking sheet, his stats, and you get to read his journal.

Because his story doesn’t need to be trumped up. The results speak for themselves.

Below is a screengrab of Patrick’s Goal Tracking Sheet from the second beta test (he joined both the December and the January test groups). Recording the numbers is a powerful way to increase weight loss success. Writing down and tracking your weight and measurement from week to week serves as it’s own inspiration. You can actually see the progress. In Patrick’s case, you can see jaw-dropping progress–20 pounds lost in just 21 days. 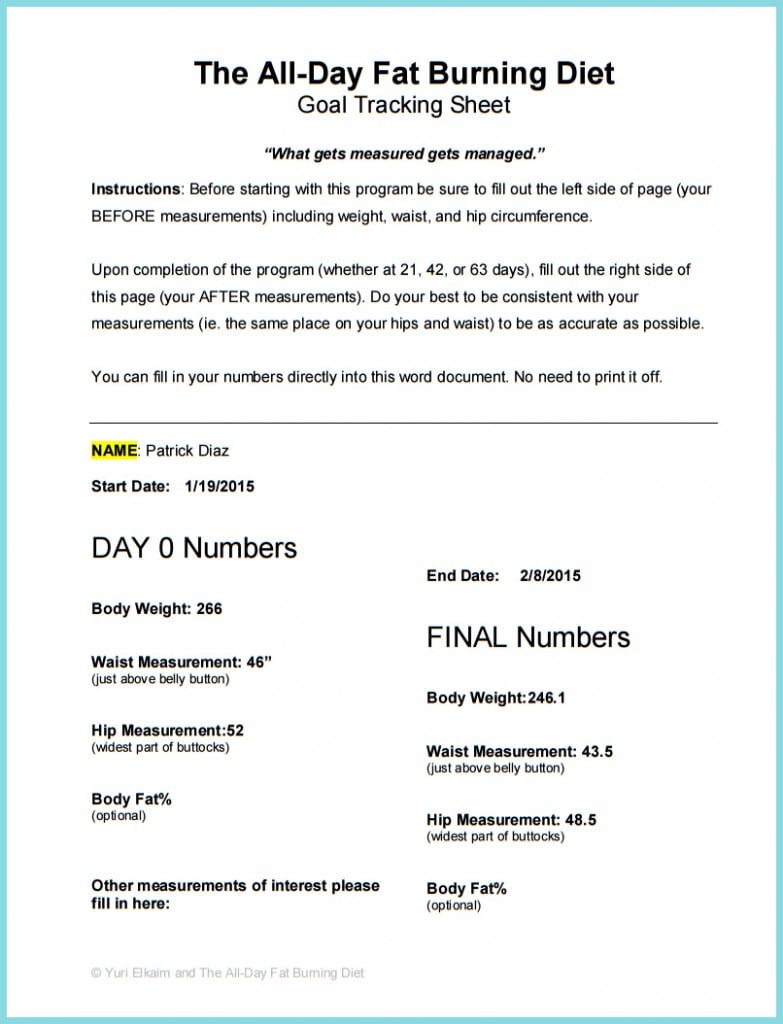 Before embarking on the The All-Day Fat Burning Diet 21-day Beta Test my diet was far from consistent.

For the most part I was eating healthy but there were days where I didn’t eat so healthy. Some of the challenges I had were deciding what to eat and how much I should be eating. Also, with no set menu set, there were times that I would get lazy and went with the easier option of doing take-out so that I can grab something quick to eat. With the chance to participate in the beta test and given the 21 day meal plan I was re-energized and focused on cleaning up how I ate. By following the 5 day meal guide and the meal plan I knew exactly what I should be eating and how often.

After the first 7 days I noticed that I was feeling a lot better both physically and mentally. I jumped on the scale and was surprised to see that I lost almost 10 lbs in those first 7 days. This motivated me even more to continue following the guide.

The next 7 days were almost as good as the first except I had 1 or 2 meals where I deviated from the plan because I wasn’t home or eating over at somebody’s place as a guest. The last 7 days my body had conformed to my new eating habits and I easily said no to temptations that were brought into my work environment like bagels and pastries. I didn’t have any cravings and the portions that I had were just right.

Also, I noticed that my body was transforming a little bit throughout this time. My clothes began to loosen up and my family began to comment on the differences.

Check Out Patricks Stats on His Weekly Scorecard Here: 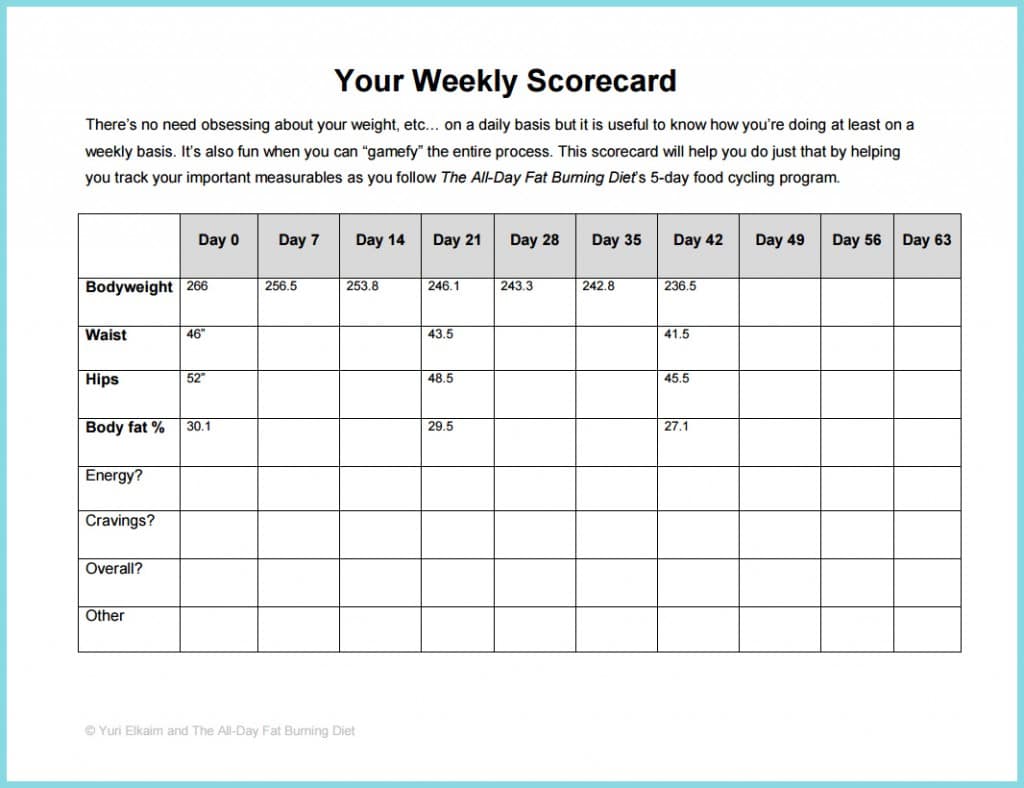 The second go around of the 21-day beta test could have been more successful. Not to make excuses but days 22-28 were hampered by traveling and work. I was at an off-site training for four days and meals were provided. I took the easy road and ate off the menu that was provided.

However, when I had the chance I ate based on the principles outlined in the food cycle document and was able to still do the scheduled workouts as outlined in the plan. The next 7 days started off good but on days 33, 34 and 35 I joined some friends on a camping trip and was not able to prepare my meals as usual.

I probably could have planned better for it but we were all splitting the food that we were going to eat. Once I returned home from camping and was back to my normal routine, I was able to successfully follow the plan for the rest of the 21 days.

Like I said before I am truly amazed how the recommended meals provide my body with the nutrition and energy needed to make through a busy day.

Just a little background of what my day looks like:

Since changing my eating habits and following the 21 day meal plan, my energy at the end of the day has improved. I will continue to follow the plan and look forward to the next 21 days. 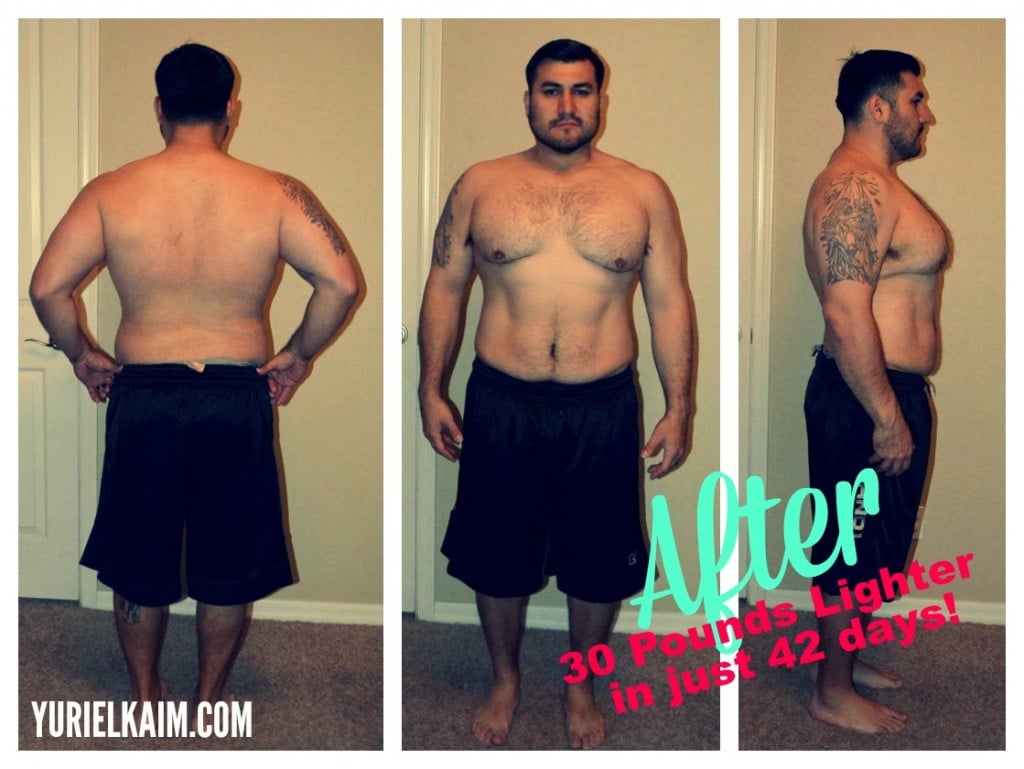 Want to see Patrick’s progress side-by-side? Scroll below to see both his before and after shots. It’s truly incredible! 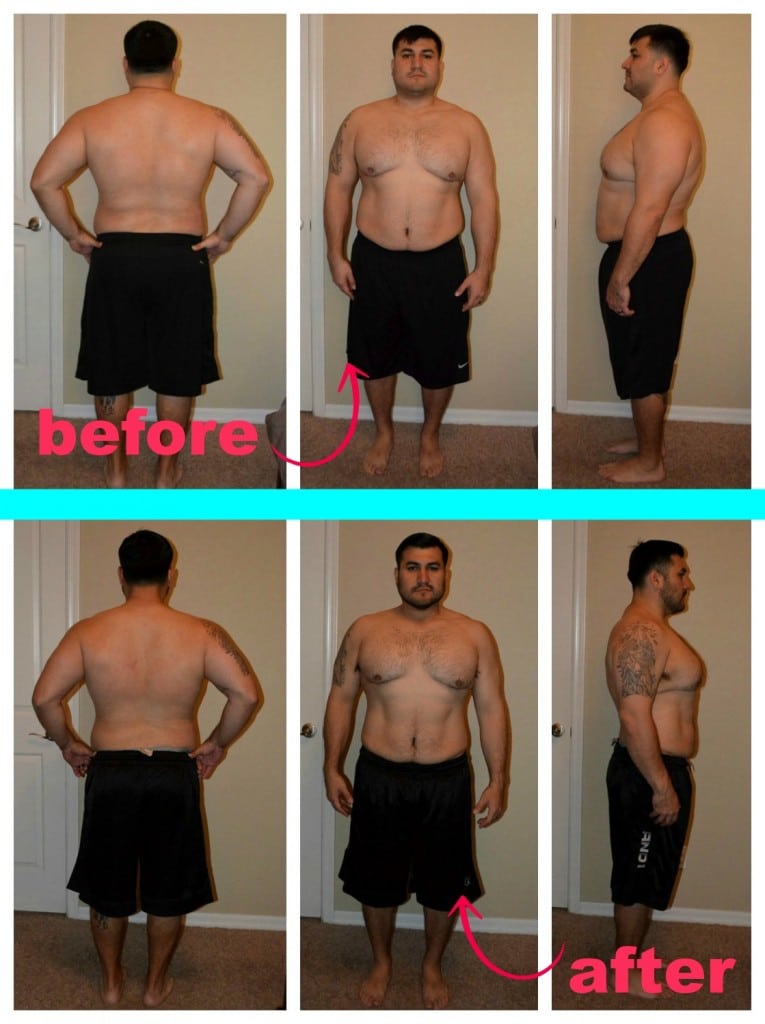