8 Signs of an Unhealthy Liver to Watch for | Yuri Elkaim

You are here: Home / Healthy Eating / The 8 Warning Signs of an Unhealthy Liver You Need to Pay Attention to

Your liver is a powerhouse.

It’s busy 24 hours a day, filtering out toxins, helping with digestion, creating energy from the fuel you eat, and working with your immune system to get rid of invaders that might make you sick.

It’s like your body’s post office, shuttling everything where it needs to be, on-demand. And when the post office is functioning at half-speed or clogged with other business, your body won’t be getting the messages it needs to function well.

That’s why – in addition to taking the necessary steps to care for your body by eating whole, clean foods for energy –  it’s important to know when you’re experiencing unhealthy liver symptoms.

Pay Attention to the Signs of an Unhealthy Liver

Located just on the right side of your abdomen under your rib cage, the liver is at the epicenter of most of your important metabolic and enzymatic activities.

Its most important function is to support the digestive processes by helping your body process fats. It secretes bile that is sent to the gallbladder, where it neutralizes fats.

The liver also plays a large role in providing energy by storing carbohydrates as glycogen, which is basically a form of glucose. This store of glycogen is responsible for providing immediate energy when your body demands it.

And then – when your body is low on carbs – the liver can also create glucose from other sources, like fats and proteins, through a process called gluconeogenesis.

The liver acts as a potent filter to remove toxic substances from the blood. It’s also responsible for producing several vital components of plasma which are essential for healthy blood clotting mechanisms.

Specialized cells within the liver help to capture bacteria, fungi, parasites and dead cells, aiding the immune system. These cells help in coding immunity against the organisms.

It could be argued that the liver is perhaps the most important organ of the human body.

The liver is responsible for breaking down hemoglobin. Red blood cells which have outlived their utility are filtered out by the liver and broken down.

The “globin” part of the hemoglobin molecule is reprocessed and used by the body, but the “heme” part can’t be recycled, so it’s converted to bilirubin pigment for excretion.

However, when there’s a problem with liver function – such as  chronic active hepatitis or cirrhosis –  bilirubin can accumulate in the body.

When that happens, skin turns yellow (1).

This is common in babies, in a condition known as neonatal jaundice. Babies with mild cases recover without any specific treatment, but those with higher serum bilirubin levels require medical intervention.

This yellow discoloration is not limited to the skin alone, but also can affect the eyes and mouth.

The liver is the body’s storehouse of energy, maintaining a healthy balance of glycogen to cater for energy demand in case blood sugar levels start dipping.

This is done primarily by converting glycogen to glucose. Once these stores are depleted, then the body falls back to using fat and protein stores, converting them into glucose through a process called gluconeogenesis.

When the liver isn’t able to perform those energy-giving jobs, your body’s energy suffers and you end up feeling easily tired (2).

A similar issue to the one causing fatigue as it involves the energy-creating function of the liver, weakness might also be a sign something is awry.

When it comes to weakness, however, it could be a result of a depletion of protein and fat stores.

A poorly functioning liver can play havoc with fat metabolism by not generating the quantity and quality of bile required to optimally emulsify fats in the diet.

As a result, there is an associated poor absorption of proteins, fats and important macronutrients causing malabsorption syndrome, which ultimately leads to weight loss and weakness.

Most people suffering from liver ailments, especially those with alcoholic liver disease and end-stage hepatic failure, have a loss of appetite because of tumor necrotic factors and circulating cytokines in the blood.

The stomach may also not functioning optimally by having limited expansibility, limiting the intake of important nutrients. There also can be impaired and sluggish digestion, resulting in bloating and a feeling of fullness/satiety which in turn suppresses the appetite (3).

As mentioned earlier, the liver has a very important function in producing numerous blood clotting factors, providing the first line of defense for the body against minor bruises and injuries.

With chronic liver disease and certain hereditary conditions, even minor blunt injuries may cause large bruises – and even small cuts may keep bleeding despite application of adequate pressure.

Spider veins — or spider nevus — are a type of swollen blood vessel found beneath the skin. They typically look like a central red spot with wavy red lines radiating outwards, giving an appearance of a spider web. Almost 10 to 15 percent adults have spider veins, but they gain significance when there are more than three.

The reason these appear is due to abnormal dilatation of the arterioles, which are a small branch of an artery leading into capillaries.

This primarily occurs because of an increased circulation of estrogen in the blood which is not adequately metabolized by the liver.

Also known as cholestatic pruritus, itchy skin occurs because of a blockage or a slowed flow of bile. It is a common symptom of liver disease. Bile is produced by liver cells, and then flows flows into the intestines via the bile ducts.

A blockage at any site in this route causes the bile to stagnate, causing a back flow and pumping the excess bilirubin back into the blood stream. That increases the amount of it beneath the skin. Cholestatic itching typically occurs in the palms of the hands and the sole of the feet.

Altered brain function can occur in those suffering from a chronic liver disease. It may be as minor as forgetfulness or as grave as coma.

One of the liver’s main functions is to remove toxins from the blood, and when it doesn’t adequately do that, toxins can accumulate in the blood, which can cause a change in brain function.

Any stressful event such as consumption of a large quantity of protein, fever, electrolyte abnormalities, infections and renal problems act as a triggering factor to cause altered brain function.

Why You Should Love Your Liver

As you can see, the liver plays a vital role in fueling, protecting, and policing activities in your body. That’s why paying attention to signs of an unhealthy liver is important.

The good news is that there are three simple herbal remedies to detoxify, support, and cleanse the liver, contributing to overall health. 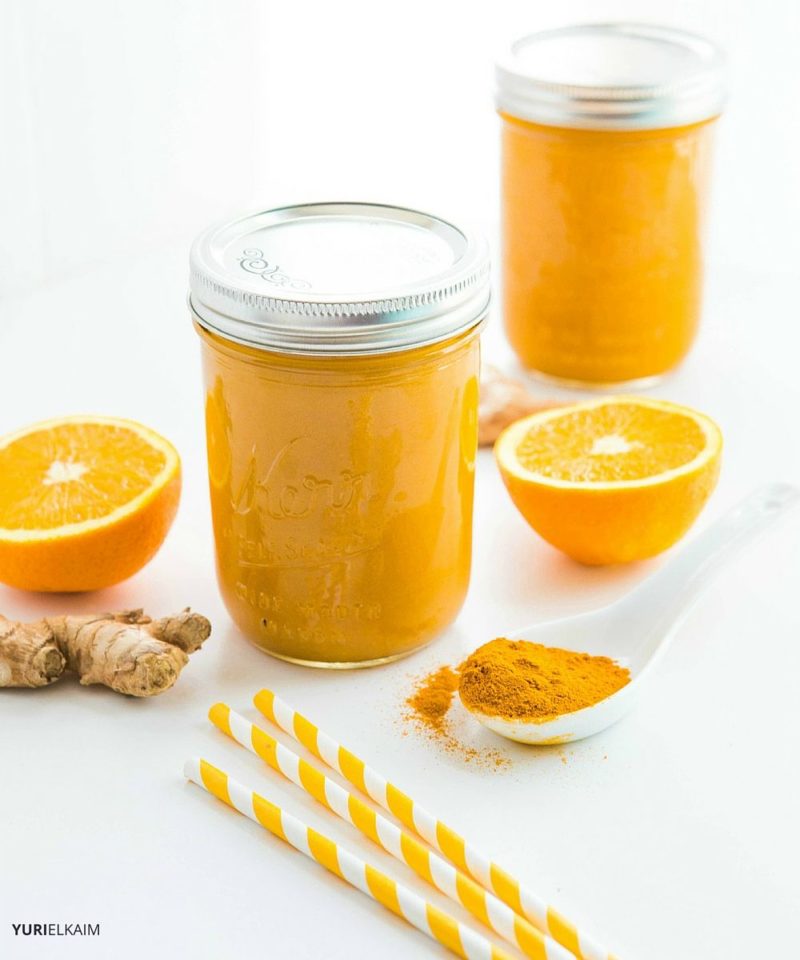 The bitter extract of dandelion root has been used for ages to detoxify and cleanse the body of not only toxins, but also to improve liver function.

It is available in herbal stores in a variety of formulas including tea (5). To make your own dandelion root tea, poor 1 litre of boiling water over a handful of fresh dandelion root. Let the mixture stand still for 10 minutes, strain and then enjoy.

Try this recipe: A Blueberry Smoothie with Milk Thistle Seed

Turmeric contains a compound called curcumin which helps in the metabolism of cholesterol by regulating the various enzymatic pathways. This takes away some of the liver’s load, potentially helping in its function. It also shows promise in helping with a variety of liver ailments, including cirrhosis (7).

Want more healthy liver food ideas? Check out this post and these spices.

Check out the free 1-Day Detox Plan that busts sugar cravings, restores youthful energy, and drops belly bloat … by tomorrow. Click the banner below to get it for FREE.