How to Reverse Type 2 Diabetes: 3 Foods You Need to Know | Yuri Elkaim

You are here: Home / Healthy Eating / How to Reverse Type 2 Diabetes: 3 Inexpensive Foods You Need to Know About

How to Reverse Type 2 Diabetes: 3 Inexpensive Foods You Need to Know About

Is there a way to reverse diabetes? Specifically, type 2 diabetes?

You might be surprised to discover there are three unbelievable natural remedies that I don’t believe the medical establishment—or, more specifically, the pharmaceutical companies—want you to know about.

Why would they not want you to know about this stuff?

It’s because the pharmaceutical industry is a gigantic machine which has to sustain itself. The diabetic industry alone is massive, owing to the fact that over 300 million people in the world have type 2 diabetes.

The treatments and medication used to treat diabetes are big business, so why would these companies be at all interested in truly reversing diabetes? How would that benefit them financially?

Unfortunately, a lot of diabetes drugs don’t actually work, or work with limited success and a lot of potential side effects. Science has shown that—in terms of diabetic management—these drugs are more dangerous than anything.

Drugs used in the 1950s, for the most part, have all been taken off the market because they were shown to increase the risk of heart disease. This has even happened recently with drugs like Avandia. It was the world’s most popular Type 2 diabetes drug until it was revealed to have side effects that caused serious heart problems. New drugs haven’t proven to be much better.

With that in mind, I’m going to share with you 3 amazing, all-natural solutions to reverse diabetes.

Even if you don’t have type 2 diabetes, these solutions can help you prevent it.

Here’s something I want you to realize; please never forget this: If you have type two diabetes, it’s not a life sentence. It’s actually one of the easiest—and I don’t say that in a condescending way; I say it in an optimistic way—diseases to completely reverse through diet and lifestyle alone. A combination of eating right and exercise can restore your health.

I’ve seen it thousands and thousands of times. My own dad had diabetes when he was 45, and with some very simple changes to his diet and his exercise, he was able to recover from that in just three months. You can do the same.

It doesn’t matter if you’ve just been diagnosed or if you’ve been suffering for ten years. There are three simple ways to cure diabetes naturally, and I’m going to walk you through each one of them.

How to Reverse Diabetes: 3 Approaches 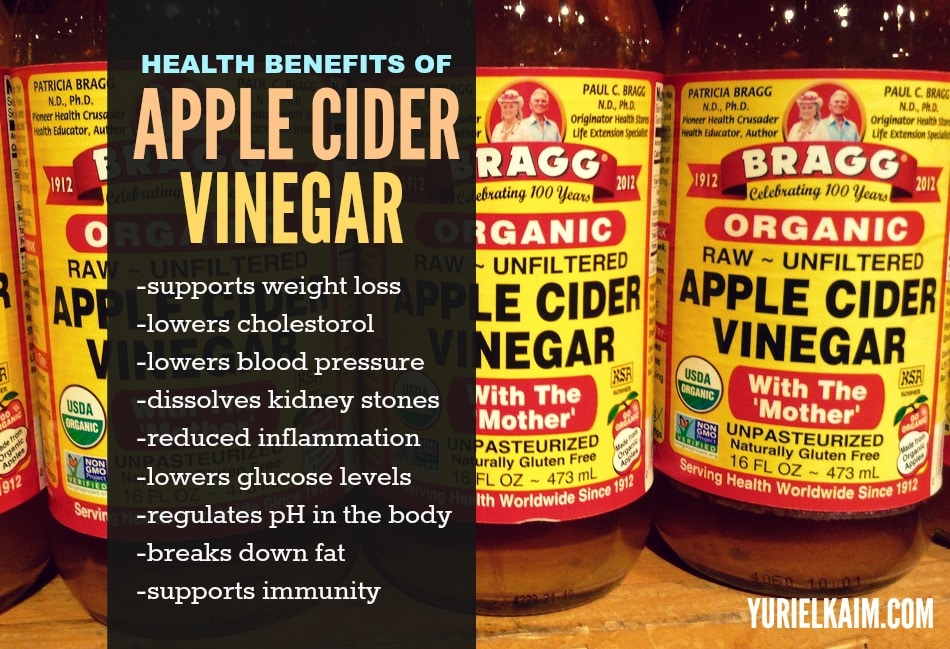 The first thing I want to share with you is Apple Cider Vinegar (ACV). It’s inexpensive, easy to use and accessible at every grocery store in America. It’s a potent natural remedy for a number of things, but is especially powerful for diabetics.

ACV has been shown to reduce the glycemic load of a specific foods. When you eat carbs and sugars, your blood sugar elevates; it essentially spikes. This continual spike contributes to a number of issues such as fatigue and dramatic cravings, which, over time can land you right in the type 2 diabetes arena.

[Related Article: 4 Good Carbs to Eat for a Flat Belly]

Thankfully, apple cider vinegar has been shown to decrease, or blunt, that blood sugar response.

Here’s how it works: let’s say you’re having a doughnut (which I wouldn’t recommend you do, but let’s say you did). Ingesting apple cider vinegar mixed with a little water beforehand will actually reduce the blood sugar impact of that doughnut.

ACV is chock-full of a compound called acetic acid. This is what ferments the apple cider into vinegar, causing a cloudiness often referred to as “the mother.”

The mother is rich in enzymes, giving apple cider vinegar dozens of health-promoting properties. It is this acetic acid which also comes into play for minimizing the effects of blood sugar on the body. In scientific terms:

Let’s boil that down into human speak: if you want to increase support for healthy blood sugar levels and reverse diabetes, then eat right, and drink apple cider vinegar.

Recipes to Help You Start Using It Today: 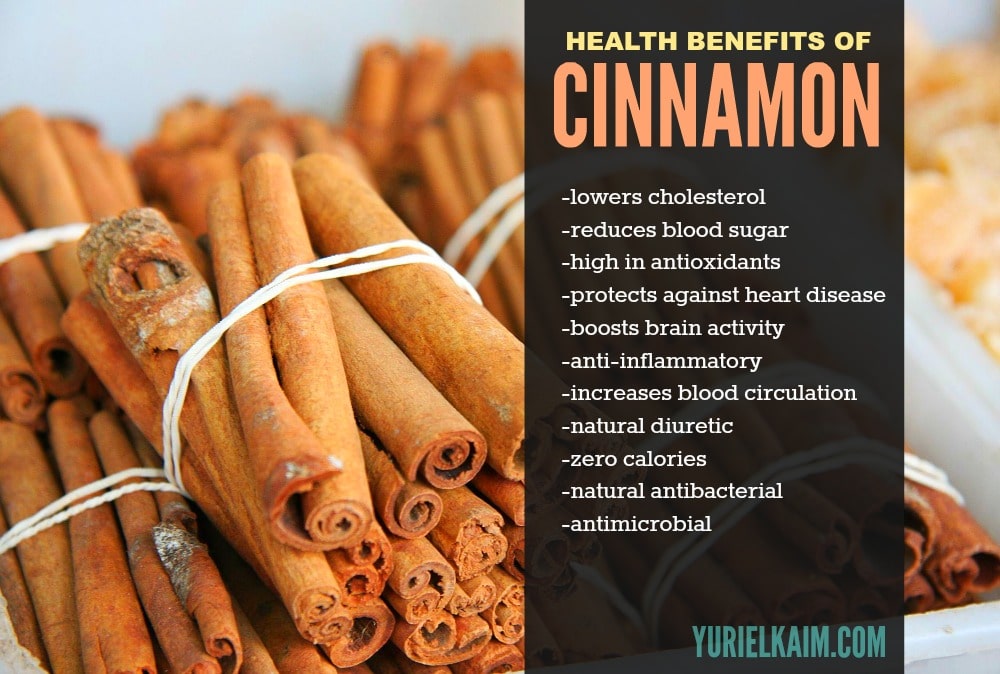 Cinnamon is a beautiful spice. Not only does it taste great, its delightful scent is enough to lift your mood.

Like apple cider vinegar, it also reduces the blood sugar response you have to food. What’s even cooler is that with time, it actually improves your body’s sensitivity to insulin so your body doesn’t have to produce as much to get the sugar out of the blood.

In one study, 60 diabetics added 1-6 grams of cinnamon for 40 days, while a placebo group didn’t consume cinnamon for the same length of time.

The results were astounding—every single group that added cinnamon to their diet saw a dramatic decrease in glucose and LDL cholesterol levels. Cinnamon eaters saw up to a 29% reduction in numbers, while the placebo group didn’t even move the needle. [1]

The results of the study straightforwardly concluded:

“the inclusion of cinnamon in the diet of people with type 2 diabetes will reduce risk factors associated with diabetes and cardiovascular diseases.”

With diabetes, the body stops being able to respond to insulin anymore, which is why it’s called insulin resistance. Cinnamon counteracts this effect by:

Cinnamon also acts as a potent antioxidant, lending additional health benefits to the diet. Finally, it adds zero calories, sugars, or fat to your meal, so you can use it generously without any adverse effects.

Diabetes is the number one cause of blindness in America—elevated sugar in the blood damage the blood vessels around your eye, and can eventually steal your vision. Neuropathy and the potential loss of  feet or legs because of nerve damage from high blood sugar is a very real possibility. These aren’t scare tactics—they’re the bodies survival mechanism when blood sugar levels skyrocket.

You’ve got to get that sugar out of the blood, and your body has to become sensitive or responsive to insulin once again. That’s the biggest step you have to take in your battle to reverse diabetes. Cinnamon can help.

Recipes to Help you Start Using It Today: 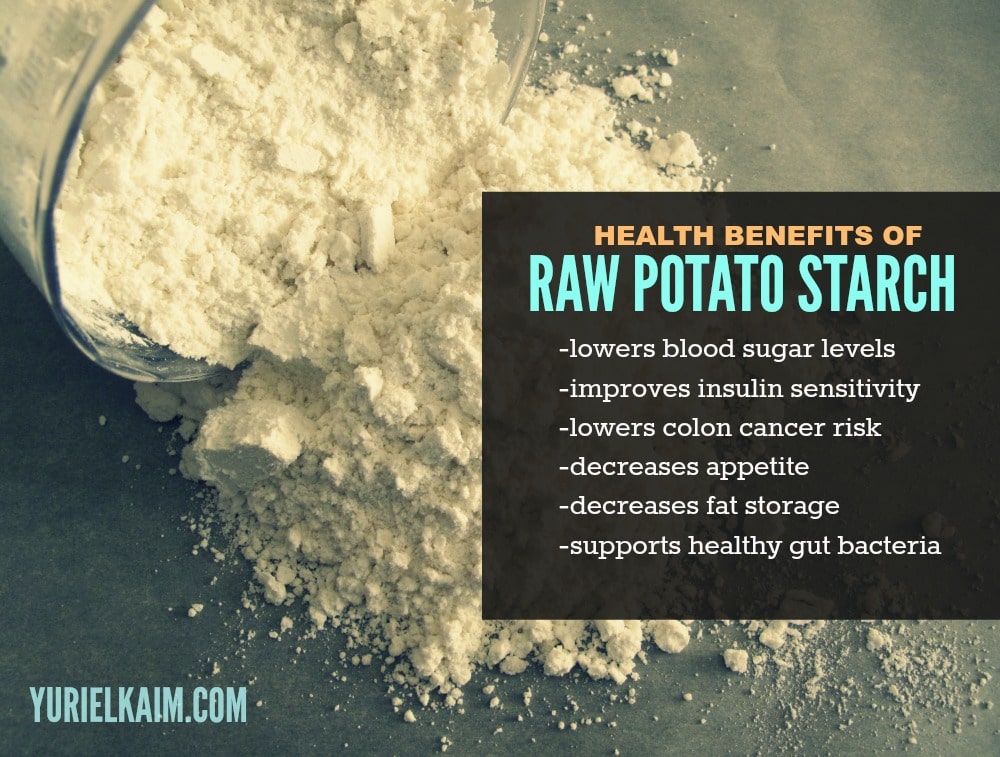 Very few people know about this, and I’m on a mission to spread this word. A simple, super cheap white powder called raw potato starch has shown astonishing potential as a surefire method to reverse diabetes. This is just one example of a super starch called resistant starch.

Resistant starch is not absorbed by your body; it’s actually fuel for the bacteria in your gut. We know that dysbiosis, or imbalanced gut bacteria, is highly correlated with obesity and diabetes. Cleaning up the gut is a vital part of rebuilding health and reversing almost any disease.

Sounds like exactly what you need to drop your diabetes risk or reverse it all together? Absolutely. This stuff is incredible!

If you have any diabetes risk, are currently suffering from type 2 diabetes, or want to reduce your chances of colon cancer, add raw potato starch to your diet. You can buy it from any grocery store or health-food store, and it costs close to nothing.

A recipe to Help You Start Using It Today:

Note: If the smoothie above is too high in sugar for you, you can always just add a tablespoon or two to your morning water or smoothie. You can go up to about four or five tablespoons for maximum benefit throughout the day.

These three cures—apple cider vinegar, cinnamon, and potato starch—all cost close to nothing and deliver massive bang for your buck.

Remember: you can’t just add these three things to your diet and expect miracles. You have to truly clean up your diet if you want to reverse diabetes.

Eat more whole foods and get rid of the junk in your diet. You also have to get active, so start exercising. These three remedies in addition to those healthy lifestyle changes will make a measurable difference.

I want you to believe there’s hope… because there is.

It doesn’t matter if every single person in your family has diabetes or had diabetes. Your future is determined by you. Up until this point, maybe you didn’t know about these options but now you do.

Now it’s your responsibility if you really want to live longer and healthier so you can be there for your loved ones. Only you can take control of your life.

If you’ve been trying to figure out how to reverse diabetes, I hope these three things start to make their way into your daily routine. They’ll make such a tremendous difference.

Remember to give them time. Diabetes didn’t happen overnight, so you’re not going to cure yourself overnight either. However, you can see significant improvement within just a few weeks.

Quiz: Are You At Risk for Diabetes? 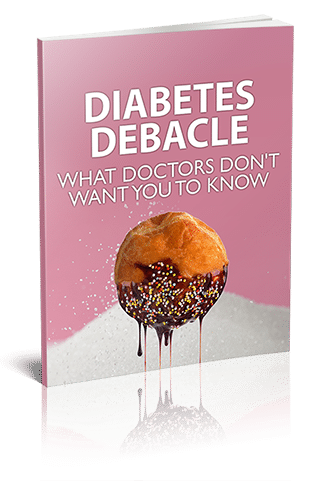 Are you at risk for type 2 diabetes? Take this 10-question quiz to find out.

Already have type 2 diabetes? Take the quiz anyway. You’ll discover great ideas to help reverse it. Plus, you’ll also get my free report, Diabetes Debacle – What Doctors Don’t Want You to Know, which details immediate action steps you can take to help prevent and defeat diabetes. Take the Diabetes Quiz.