You are here: Home / Healthy Eating / Does Coconut Oil Make You Fat?

Does Coconut Oil Make You Fat? 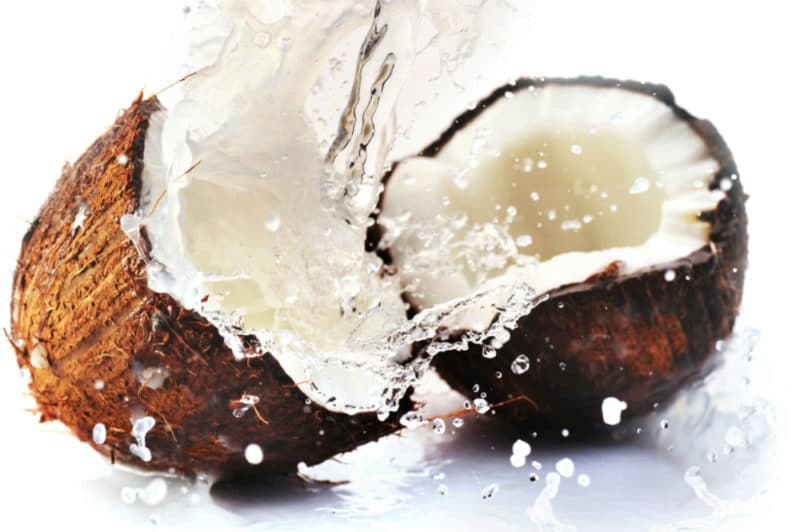 If you’re worried that eating coconut oil is going to make you fat, you’re not alone.

In the past few decades, avoiding all dietary fats was said to be the ultimate solution for losing fat mass.

The theory that “fat makes you fat” won the belief of anyone who went on a health kick. Fat-free foods plagued grocery store aisles, and destroyed the reputations of life-giving healthy fats in the process—including coconut oil.

Fast forward a few years, and we’re starting to gain a better understanding of the difference between the various types of fats, and the role healthy fats play in the body.

As a society, we aren’t condemning healthy fats as much anymore. Instead, we’re starting to understand how important omega-3 and omega-6 essential fatty acids are for hormone function, cognitive function and energy production.

But coconut oil still takes a lot of flak. And that’s because it’s a saturated fat – the type of fat commonly linked to obesity and other health problems.

So if coconut oil is a saturated fat, isn’t it bad for you?

Ah, the million dollar question. If coconut oil is a saturated fat, it must be bad for you.. right?

Yes, coconut oil is a saturated fat that’s often thrown in the same category as heavy cream, cheese and other animal fats. These fats, when consumed in excess, may be linked to obesity.

But there’s one major difference that sets coconut oil apart from these saturated fats and puts it in a category of its own.

The type of fatty acids that coconut oil is comprised of (also known as its biochemical make up) are what make coconut oil a healthy saturated fat that’s actually good for you- and certainly won’t make you fat.

Coconut oil is made up of medium chained triglycerides, which are used by the body right away for energy.

Since medium chain fats are instantly used for fuel, they don’t have the opportunity to be stored as fat.

In fact, the energy producing benefits of medium chained triglycerides have been discovered by athletes, who frequently use them as part of their pre-workout regime to promote endurance before working out.

And in all honesty, who wouldn’t appreciate steady, slow-burning energy that lasts?

The fact that medium chained fatty acids found in coconut oil are instantly burned as fuel can also “teach” the body to burn fat more efficiently (1). This is a process commonly referred to as thermogenesis (2).

The Difference Between Coconut Oil and Other Saturated Fats 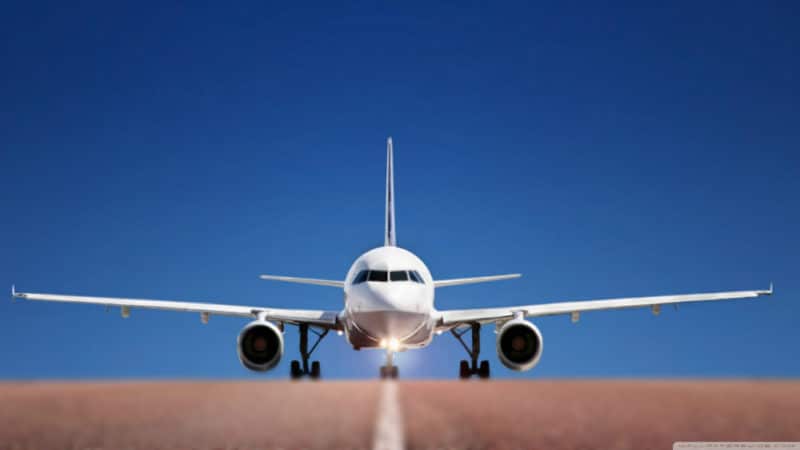 Saturated fats made up of long chain fatty acids take a longer pathway in the body to digest and metabolize, which, in short, is why long chain fats are stored as fat rather than burned as fuel (3).

To better understand the difference between medium chain and long chain fatty acids, imagine you’re booking a flight for an upcoming vacation.

You have two options: the first option is a direct flight that only takes a few hours, leaving you with plenty of energy to spare once you arrive at your destination.

The second option is a non-direct flight with 4 layovers and a total of 26 hours of travel time. By the time you arrive at your destination, you’ll likely need a few extra days of sleep before the fun can even begin!

Now that you understand how the fatty acids in coconut oil are metabolized by the body, you may be second guessing your decision to banish it from your diet to achieve your weight loss goals.

But if you’re hesitating, and still wondering if coconut oil can make you fat, let’s put it this way: How much coconut or coconut oil could you possibly consume that would cause your body to actually retain it as fat?

At the very most, you might consume a cup or so of coconut per week. After all, coconut is a fat, and fats tend to satiate your appetite very quickly.

On the other hand, what about carbohydrates?

We know that starchy carbohydrates such as bread or pasta are a quick energy-producing food. But any excess starch that isn’t used as energy right away is stored as fat in the body. And since carbohydrates digest quickly, we tend to eat more of them.

So let’s be honest here…

This video talks about just that:

4 Reasons Coconut Oil Is a Superfood

My definition of a superfood is a plant food found in nature that provides the body with antioxidants, phytonutrients, vitamins and minerals that it cannot produce on its own. Basically, a superfood gives you the most nutritional bang for your buck – and coconut oil is one of them.

Aside from coconut oil’s energy-producing and fat-burning qualities, here are some of its other health benefits you won’t want to miss out on.

In a recent study, including extra virgin coconut oil in the nutritional treatment of those with coronary artery disease resulted in increased HDL cholesterol levels (4).

This suggests that coconut oil does not raise LDL (bad) cholesterol levels as previously thought, and can instead have a positive effect on blood cholesterol.

Coconut oil is antibacterial, antiviral, antiparasitic, antifungal and anti-inflammatory. That’s a lot of benefits starting with the letter “A”.

But the reason why coconut oil can fight against bad gut and mouth bacteria, reduce inflammation and support your immune system is all due to the type of medium chain triglyceride found in coconut oil, called lauric acid (5).

Lauric acid has been shown to fight against bacteria causing pathogens, and in reducing the inflammation associated with bacterial infections such as acne (6)(7).

Coconut oil is made up of roughly 50% lauric acid, making it one of the highest dietary sources of lauric acid available to us.

Several studies have shown the benefit of medium chain triglycerides in boosting memory function – and quite quickly.

A study done in patients with Alzheimer’s disease showed the improvement of cognitive function only 90 minutes after receiving a drink that contained medium chained triglycerides, when compared to a placebo (8).

If coconut oil was able to show cognitive improvements in those with Alzheimer’s, you can only imagine how continued use of coconut oil can benefit your brain.

Vitamins A, D, E and K are fat-soluble vitamins, which means the body can only absorb them when fats are present.

Each of these vitamins play crucial roles in our health, such as metabolism, promoting a healthy mood, improving our eyesight and assisting with blood clotting.

When we are deficient in any of these vitamins, our health suffers as a result. This is why it’s important to have beneficial fats, especially from coconut oil in our diets.

Simply put, coconut oil does not make you fat.

If anything, the type of fats you should be worrying about having in your diet are excessive amounts of long chained fatty acids, and man-made trans-fats such as margarine and other hydrogenated vegetable oils.

In fact, trans-fats are one of the reasons why fats have such a bad reputation in the first place, as they have such a negative impact on blood cholesterol and the liver.

So if you want to burn fat, the answer is simple: moderate your consumption of starchy carbohydrates that get stored as fat, and eat better quality fats with superfood nutrients that improve your health, such as coconut oil.

Where Can You Buy Coconut Oil?

With coconut oil’s increasing popularity, it’s nearly impossible not to find it on the shelves at your local health food store or grocery store. In some stores, it may be in the “ethnic” cooking section. In others, it will be with the regular vegetable oils.

Not sure what to look for?

What Kind of Coconut Oil Should You Buy?

Like any oil, the quality of coconut oil you choose to buy matters.

Unrefined coconut oil is the healthiest version you can purchase because it hasn’t been exposed to extremely high temperatures, deodorizers, bleaches or other chemical substances that reduce its nutritional content.

Unrefined coconut oil may be referred to as “pure” coconut oil on the label, and this is because it’s been extracted directly from coconut meat without being chemically processed.

You’ll also be able to choose from “virgin” or “extra virgin” coconut oil.

In most cases, virgin coconut oil has been refined, and will be missing its coconut-like taste because of the intense processing it has gone through. Extra virgin coconut oil is usually unrefined and still retains its signature coconut flavour.

Like any quality product, the unrefined, extra virgin variety of coconut oil may be a few dollars more. But if it means you’re receiving all of the amazing health benefits of coconut oil in the purest form possible, would you agree that it’s money well spent?

For 14 more healthy fat burning foods, check out this post.

Did you enjoy this article on Does Coconut Oil Make You Fat? If so, you might also like my new book – The All-Day Fat Burning Diet. In it, I show you step-by-step how to reset your metabolism so you can lose up to 5 pounds per week. Click the banner below to learn more.