N-Acetyl L-Tyrosine: Why You Might Really Need It | Yuri Elkaim

You are here: Home / Healthy Eating / N-Acetyl L-Tyrosine: The One Amino Acid Supplement Your Body Might Actually Need

N-Acetyl L-Tyrosine: The One Amino Acid Supplement Your Body Might Actually Need 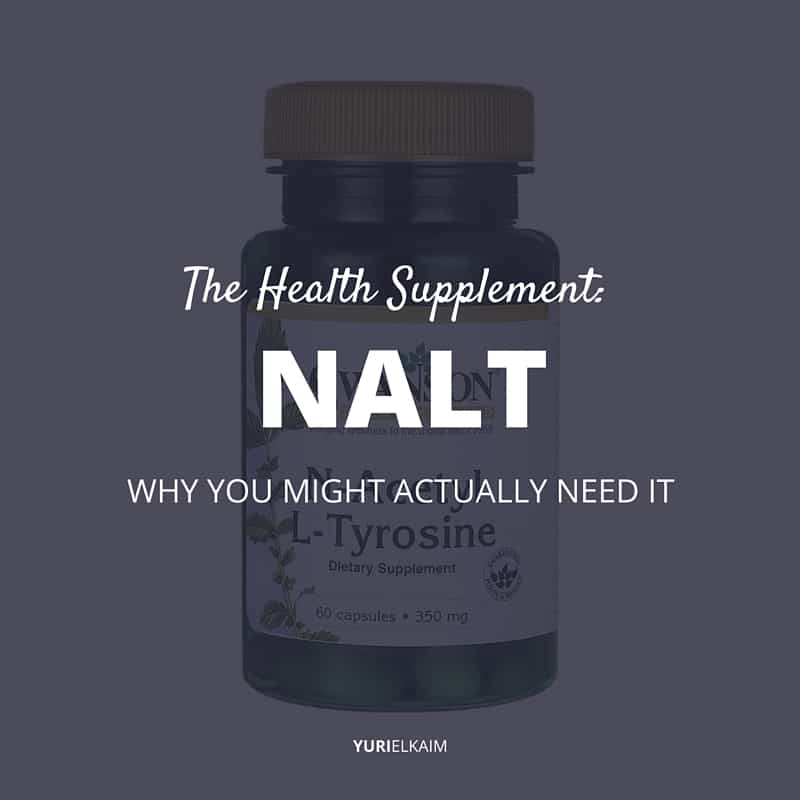 Your body is made up of billions of building blocks that work in unison to keep you functioning effectively. One such constituent is the amino acid n-acetyl l-tyrosine.

There are 22 different types of amino acids. They are involved in the creation and repair of cells, hormones, antibodies and the metabolic tissues that make up your muscles and organs.

Although it’s a bit difficult to remember the function of every single amino acid, n-acetyl l-tyrosine is one you’ll want to remember thanks to the array of health benefits it provides. It’s one of those remedies that might be the source of the health boost you need. Let’s explore these amazing properties.

What is N-Acetyl L-Tyrosine Anyway?

N-Acetyl L-Tyrosine or NALT for short, is a modified version of the amino acid l-tyrosine which has the additional active compound acetic acid attached to it. This combination helps with its accelerated bioavailability and absorption straight into the blood stream when you digest it. (1)

This is very beneficial because it means NALT can begin to directly work where it’s needed, be it your thyroid, stress levels or cognitive function. Acetic acid has its own benefits in relation to brain health and this is why NALT is fast becoming a very popular supplement.

L-Tyrosine is created within the body from another amino acid phenylalanine and it is very influential in the production of a number of very important neurotransmitters within the brain. (1) 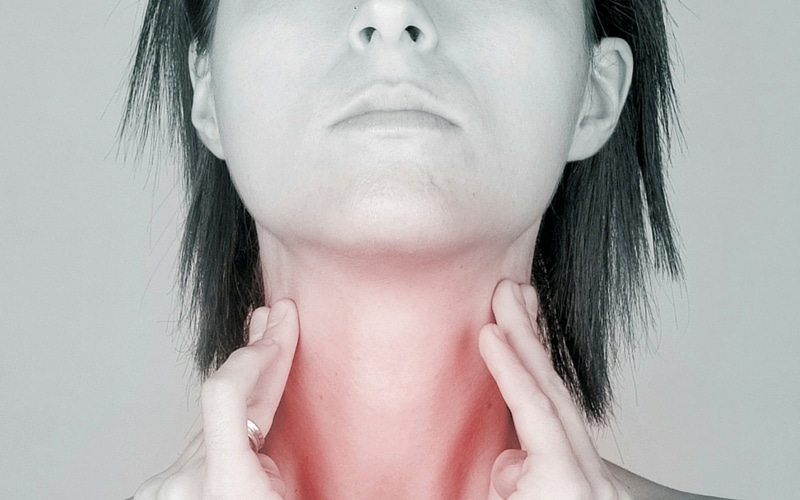 A slow or underactive thyroid gland means that you are not producing enough thyroid hormones to match the needs of your body. (2)

This slows your metabolism right down and can lead to the following unwanted symptoms:

So how does NALT help your low thyroid? The thyroid hormones thyroxine (T4) and triiodothyronine (T3) need both iodine and tyrosine so that they can both be created properly. If there is a deficiency in either iodine and/or tyrosine then this may be a precursor for an underactive thyroid.

As such, n-acetyl l-tyrosine, in combination with a kelp supplement (a great source of iodine) is a fantastic way to treat an underactive thyroid. 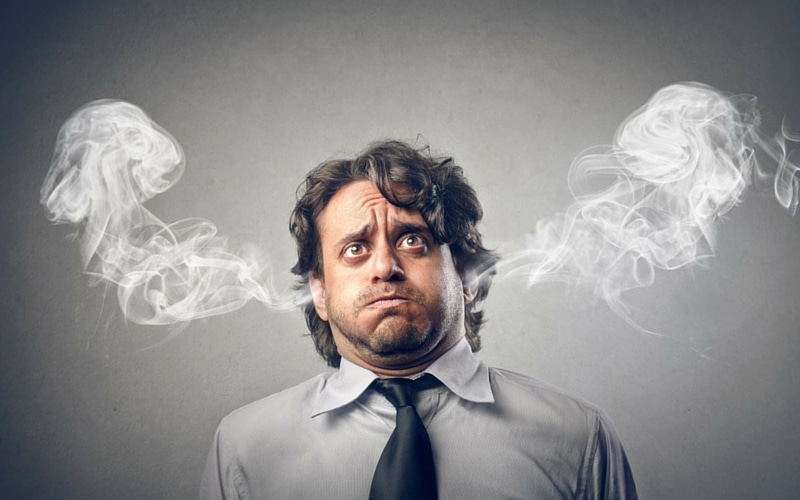 If the stress of modern life has been wearing you down it’s important to find a practice that allows you to find your calm. However, NALT may also be a great help, as it has been gaining a lot of support for its role in helping to combat stress.

It has been observed to be a mood booster that helps you maintain a more positive outlook. There is also evidence to suggest that NALT and L-Tyrosine alone are an effective treatments for a cluster of general anxiety disorders. (3)

Fundamentally, NALT can influence some of the neurotransmitters and hormones in the brain that are a major catalyst for stress. These transmitters are actively involved in much of our cognitive processing and too much stimulation can lead to anxiety. (4)

NALT helps to convert tyrosine into l-dopa which is then used to make the hormone dopamine. Research suggests that dopamine actually reduces the symptoms associated with anxiety and stress by regulating the amount of glutamate activity within the brain. (5)

NALT supplementation facilitates an increase in dopamine levels, which makes it one of the theorized mechanisms for reducing anxiety and stress levels. (5) 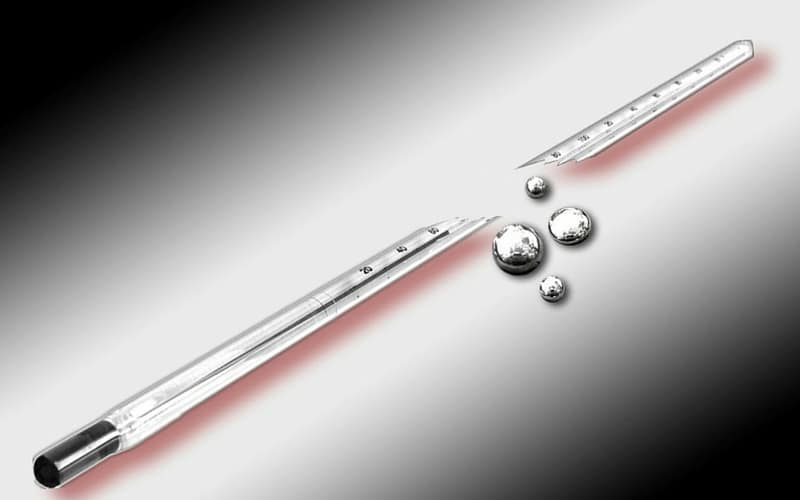 Even if you’re a big fan of heavy metal music, you don’t want legitimate heavy metals in your body.

When heavy metals like mercury and lead find their way into your brain and nervous system, they can create a long list of health problems, including:

As we’ve seen, NALT leads to the creation of l-dopamine, which is later converted into melanin.

That’s important because melanin has been shown to remove harmful heavy metals from your body. By simply taking NALT, you’ll be taking a big step towards detoxing yourself.

The Role of Norepinephrine 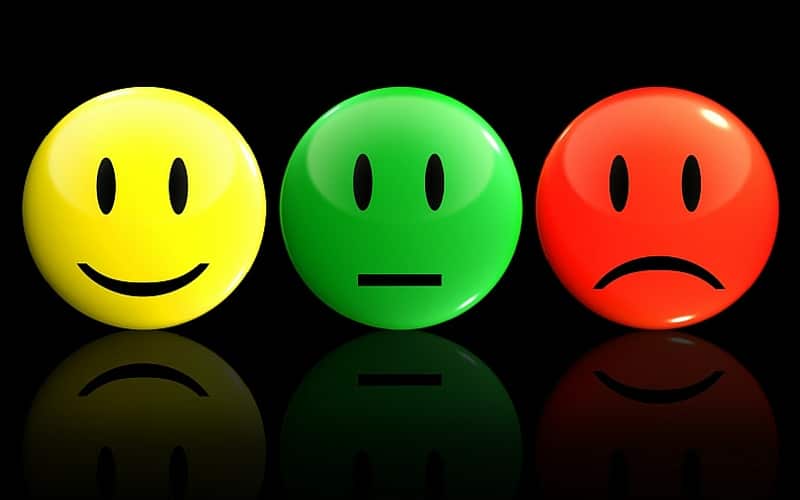 There are so many winding pathways in your brain, but tyrosine specifically interacts with your norepinephrine pathway.

Here’s why that matters: norepinephrine or noradrenaline is a stress related hormone that helps your neurotransmitters to fire effectively. This mechanism determines how your body reacts under stress.

Norepinephrine also plays a key role in determining your mood, how you feel and your motivation levels.

Essentially, if there is an imbalance in the norepinephrine pathway within your brain, it is highly likely this can lead to stress, unwanted anxieties and even dreaded panic attacks.

NALT can be a platform for the reabsorption of norepinephrine back into the neurons. This mechanism helps your body to control the levels of this potent hormone, and allows your body to deal with internal and external stressors more effectively in anxiety induced situations. (6) 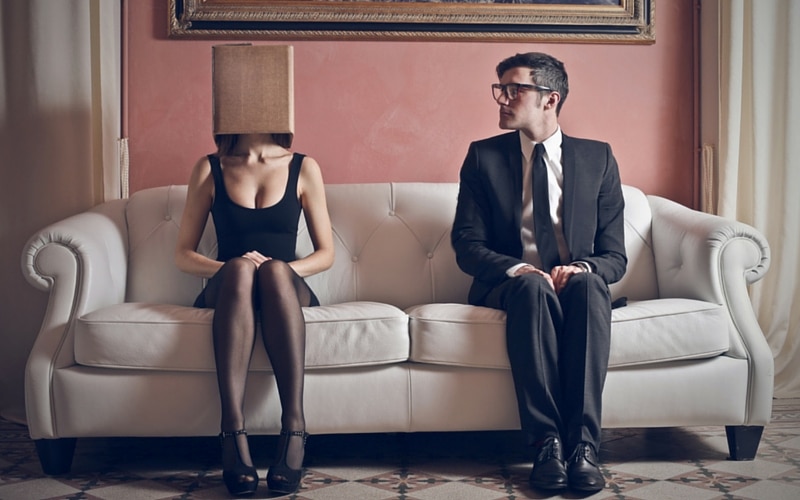 It has been reported that NALT supplementation can help sufferers of social anxiety. (7)

Social anxiety is characterized by extreme feelings of anxiety that are triggered when an individual is thrown into an unfamiliar situation and/or surroundings. There is a huge correlation between low levels of dopamine and suffers of social anxiety.

By taking NALT, sufferers of social anxiety disorders can keep their dopamine levels in the brain topped up. This increase in their transmitter activity could enable them to function more positively in a social setting! 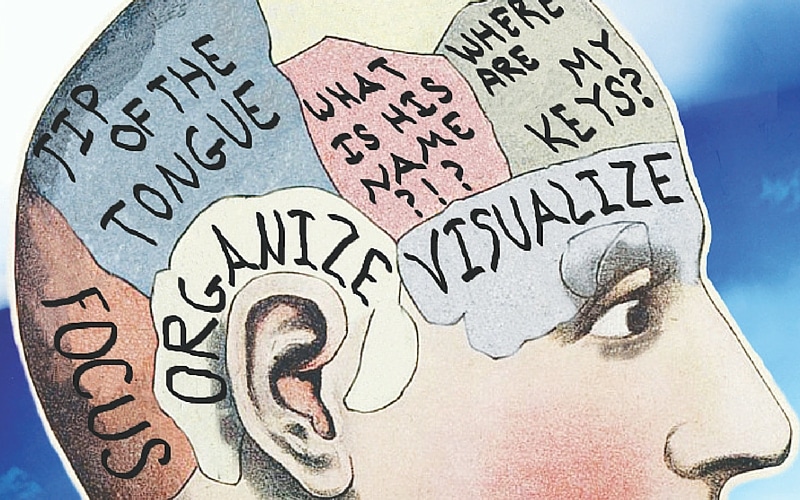 If you find that your memory hasn’t been as sharp as it used to be, you’ll be happy to learn that supplementing with NALT can boost your memory formation, learning capacity, general responsiveness and analytical skills.

This was backed by a study where subjects had a working memory deficit which was cold induced. (8) The cold-induced memory cohort was given tyrosine and they performed just as well in the memory tests as the group, who were under normal environmental conditions.

These conditions maybe not seem similar to what we deal with on a daily basis, however the stresses and responses that come out of these simulated studies are very similar to workplace stress or even coping with bereavements.

Many users have described that using NALT has increased their mental focus and provided a boost in energy and concentration span. Others seem to have a lot more clarity and mental fluidity.

In yet another study, tyrosine was administered to a group of army cadets. The results indicated that the group that received tyrosine performed better on both the memory and the tracking tests. These positive results were attributed to tyrosine’s ability to reduce the stress and fatigue mentally and physically by lowering heart rate and blood pressure. (9)

In the Treatment of Phenylketonuria (PKU)

Phenylketonuria—or PKU for short—is a very serious condition in which the body stops the absorption of the amino acid phenylalanine, a compound that’s extremely important in the health and maintenance of the brain.

High levels of NALT in the bloodstream have shown to be a successful treatment strategy for PKU. (10)

Like many supplements there may be some side effects associated with NALT. Although it is believed to be very safe, non-toxic and well tolerated in the majority of healthy adults, NALT may have some negative and unpleasant side effects.

Potential side effects include headaches and some gastrointestinal distress. If you are on prescribed medication it is best to consult your doctor before mixing NALT with other drugs.

The best dosage range of NALT is between 200-500 mgs per day. This can be taken all at once or spread throughout your day.

You should not exceed 1000 mgs per day and a good strategy is to determine your body’s response to smaller doses and then increase/decrease from this baseline point.

Again, if you are unsure about dosages, consult your doctor or qualified health professional.