Yuri Elkaim - How to Lose Weight When You Have Bad Knees

How to Lose Weight When You Have Bad Knees 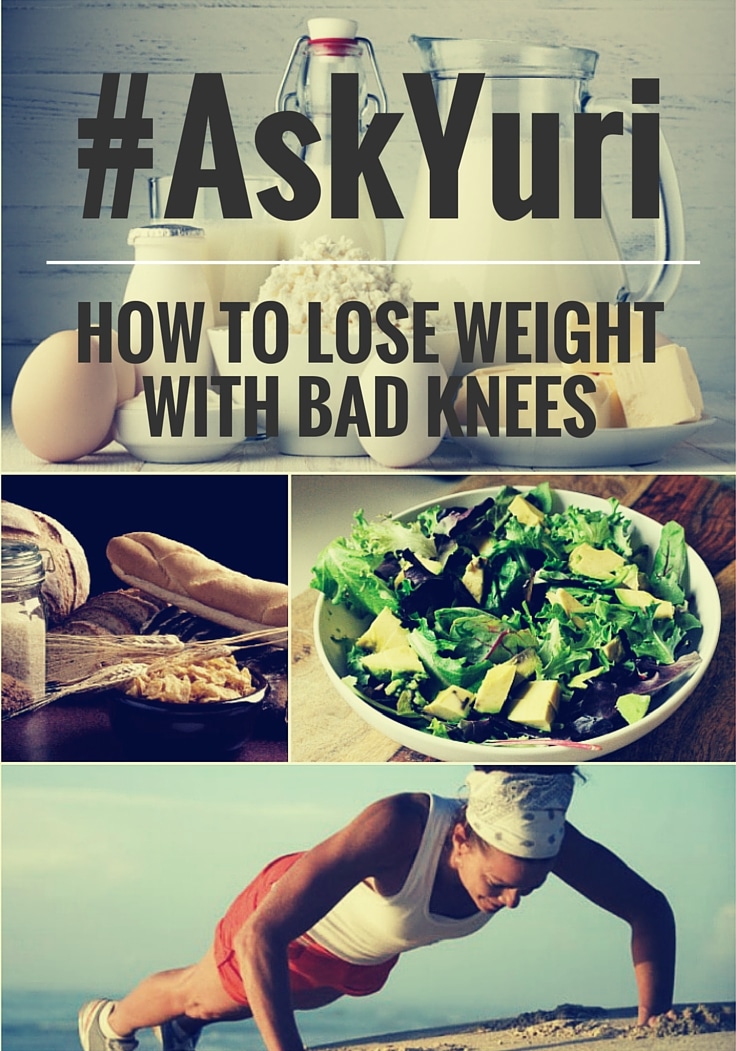 How do you get started on a healthy path after multiple illnesses? How do you lose weight when simply exercising is a major physical challenge?

That’s what I’m going to answer today. The question comes from Teri Miller, a type one diabetic who has battled through two bouts of cancer and ended up in a wheelchair due to bad knees. Despite numerous attempts at dieting, nothing so far has worked. She’s 5’10” and weighs 250 pounds, making her a good 70 to 80 pounds overweight.

Terri’s now 61 and doesn’t want to die this way. The stakes are high.

Before her health struggles, she was a runner, which accounts for her damaged knees today. This is exactly why I make it a point to speak out against high volume cardio, especially running—it’s going to kill you!

This obviously leaves Terri with limited options, so what can she do?

I could plug one of my diets, but I want to make it simple for Terri or anyone else faced with similar challenges: the big answer lies in small, daily habits.

There’s a phrase I’m going to drop here that I want you to remember: small hinges swing big doors.

Even though Terri can’t run, I’d advise her to work out in any shape or form. Anything is better than nothing. Her lower body movements are limited, but she can still do upper body exercises like push-ups, core work, and arm and back workouts. The key is to focus on becoming more metabolically active.

This is especially true for Terri because she used to be a runner. Runners don’t typically have a very muscular frame, which means their metabolism tends to be diminished. This in turn can depress thyroid function. All of this can lead to excessive weight gain.

They key for Terri is to build some muscle again, however she can. That means doing some type of strength or resistance training three times a week with heavier weights and lower repetitions.

Her diet protocol needs to be very focused as well; Focused, but simple.

The first step is to start each day with twenty grams of protein, whether that’s in the form of eggs, legumes, or even a protein powder.

By skipping oatmeal or any typical carby, crappy breakfast foods, Terri’s going to knock out both her hunger and her cravings with one solid meal. It’s also going to make her body more thermogenically active, increasing her metabolism in the process of digesting protein.

The second step is she should have a big, green salad with at least one meal a day. The aim is to get more vegetables into the body. This goes for everyone.

The third step is to eat more real food and remove any allergenic, inflammatory foods like gluten and dairy from the diet. You want to reduce the inflammation in your body because if you don’t, your body is going to increase cortisol production.

Cortisol is a stress hormone that if, over time, is chronically elevated, can lead to storing of belly fat, and will wear down your adrenal glands. Here’s the other thing: When your body constantly has this high level of cortisol, it’s essentially saying to your brain, “We are in a stressed-out state.”

This means you cannot release fat. As I’ve talked about dozens of times already in my videos, our bodies have been hardwired to survive, and we haven’t evolved physiologically from where we were hundreds of thousands of years ago. Back then, when we didn’t know when we were going to eat next—a stressful situation if ever there was one—our body would hold on to fat because fat is very energy-dense; it provides nine calories per gram instead of four calories from carbohydrates, as an example, so it’s going to give us our biggest bang for our buck.

In today’s day and age, when we’re stressed out consistently, the body goes through the same thing. Your adrenals fire off, cortisol goes up, and your brain issues the stress-induced command for your body to hold onto fat.

You have to do things that are going to reduce inflammation and stress in your body, and a large part of that will be not only be dependent on how you manage your day-to-day stress, but also on the foods that you eat.

Terri, I hope this gives you a bit of a starting point. The key thing is to do what you can, even if it doesn’t feel like much. Remember, small hinges swing big doors.

If you want something more structured, I recommend my new book The All-Day Fat-Burning Diet because it gives you the information behind all of these principles I’ve shared with you, as well as a plan through which you can put them to work.

These 10 Benefits of Meditating Are Undeniable

How Skipping Breakfast Can Actually Boost Your Weight Loss