The Truth About Cruciferous Vegetables and Thyroid Health | Yuri Elkaim

You are here: Home / Healthy Eating / The Truth About Cruciferous Vegetables and Thyroid Health

The Truth About Cruciferous Vegetables and Thyroid Health

There are so many strange and misleading myths in the world of nutrition and fitness, but some of them are particularly frustrating. Here’s one of the most frustrating ones: that there’s a harmful connection between raw cruciferous vegetables and thyroid health.

What are cruciferous vegetables you may ask? They’re veggies like broccoli, cauliflower and kale.

Before I break this down, let me be really straightforward about this: there is nothing true about this at all.

I understand why it’s a concern, because hypothyroidism or low thyroid function is a frustrating problem for a lot of people, especially many of you who are trying to lose weight. You have nothing to worry about.

The popularity of this myth really bothers me because many of these raw cruciferous vegetables have been proven to reduce disease. The idea that eating them could be harmful is preposterous.

In fact, here one of the best nutrition tips I could possibly give you: not eating them will hurt you more.

A diet primarily filled with vegetables is something I talk about extensively in my bestselling book The All-Day Energy Diet, and I also address it in my latest book The All-Day Fat-Burning Diet. I want you to rest assured that the plant foods you’re putting into your mouth are supporting your body and keeping you healthy.

That pesky connection between cruciferous vegetables and thyroid function is not something you should be worrying about. 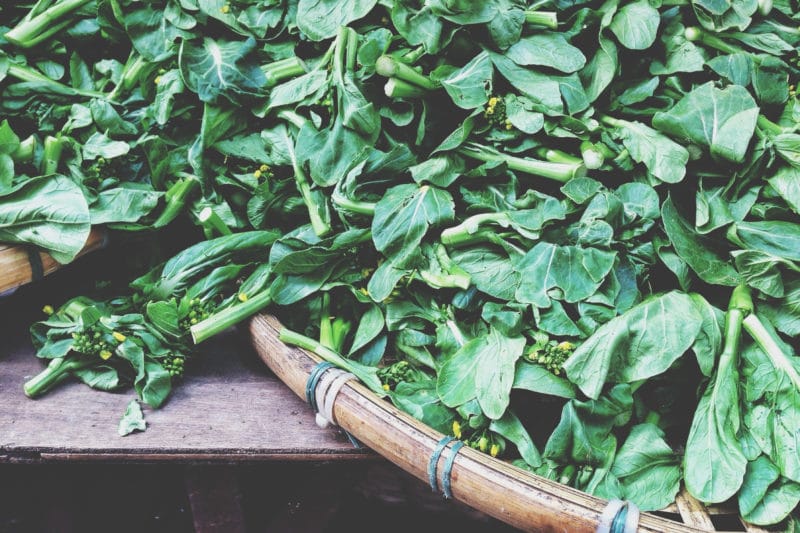 This myth, though very misguided, did not arise out of thin air.

The reason many people are afraid of raw cruciferous veggies all has to do with substances called goitrogens, which are mostly present in the raw state of certain vegetables.

A goitrogen is a substance that may suppress the function of the thyroid gland by inhibiting iodine uptake in thyroid tissue. Iodine is of crucial importance for the production of thyroid hormone, so naturally anything that suppresses it would be a big concern–if iodine uptake was truly compromised.

Some foods have been shown to be goitrogenic when they’re eaten in excess or if your iodine intake is low. These include the mostly cruciferous vegetables like cabbage, broccoli, Brussels sprouts, cauliflower and bok choy; and then many of the dark leafy greens like kale and collard greens.

The thing is, at relatively low concentrations, goitrogens don’t have this kind of impact at all. If you’re eating these foods a few times a week, you have absolutely nothing to worry about.

However, some experts believe if you start eating them more regularly and you eat them raw (for instance, in a green smoothie or green juice), goitrogens can actually suppress your thyroid function by inhibiting iodine uptake.

Even though no human studies have shown this to be true, even if it were, this can typically be offset by supplementing with iodine or just eating more iodine-rich foods like sea vegetables. 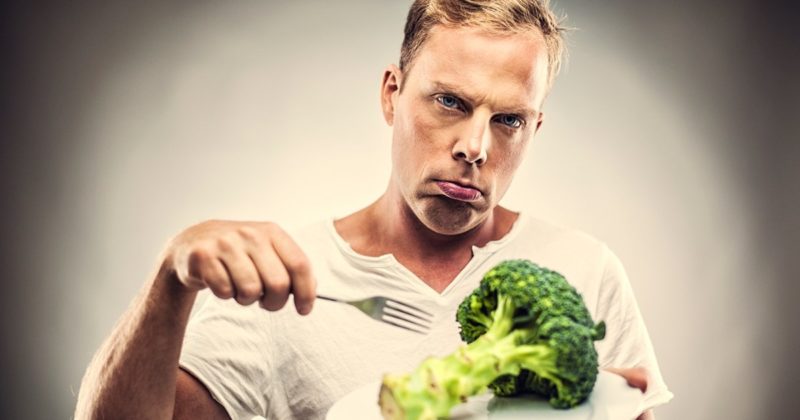 The reason this whole debate came about in the first place was because of a few rodent studies showing hypothetical thyroid issues from eating very large amounts of cruciferous vegetables years ago.

However, it’s very important to point out one basic fact: no human study has demonstrated a deficiency in thyroid function from consuming cruciferous vegetables.

There’s only one study which seems to have been conducted looking into this issue. It found no effects on thyroid function after subjects were observed eating 150 grams of cooked Brussels sprouts daily for 4 weeks–which is far more than any normal human being would regularly eat!

Only one case report relating cruciferous vegetables to thyroid harm suggests it would be almost impossible to consume enough cruciferous to harm the thyroid.

In this case, an 88-year old woman developed hypothyroidism after eating 1-1.5 kg (2.2-3.3 pounds) of raw bok choy every day for several months, which is obviously an excessive and unreasonable intake of raw cruciferous.

The simple truth? You would have to consume an insane amount of raw cruciferous vegetables for them to have a negative effect on your thyroid function.

Why Are Raw Cruciferous Vegetables Not Bad?

If that doesn’t convince you, consider this: recent results from the Adventist Health Study revealed that vegan Adventists—who consume far more vegetables than the average person and are some of the longest-living people on the planet—were less likely than omnivore Adventists to have hypothyroidism.

If plant foods were such a problem you would think the opposite would be true, right?

As if that’s not enough, a 2011 study in The Journal of Clinical Endocrinology and Metabolism showed that vegans had higher urinary thiocyanate (indicative of higher cruciferous intake) and lower iodine intake, but no difference in thyroid function, which was within the normal range.

In simple terms, it showed no negative connection between cruciferous vegetables and thyroid health.

If anything, the science proves the opposite of this troublesome myth. Unless you’re eating an ungodly amount of raw cruciferous vegetables every day, you really have nothing to worry about.

Still Skeptical? Do This… 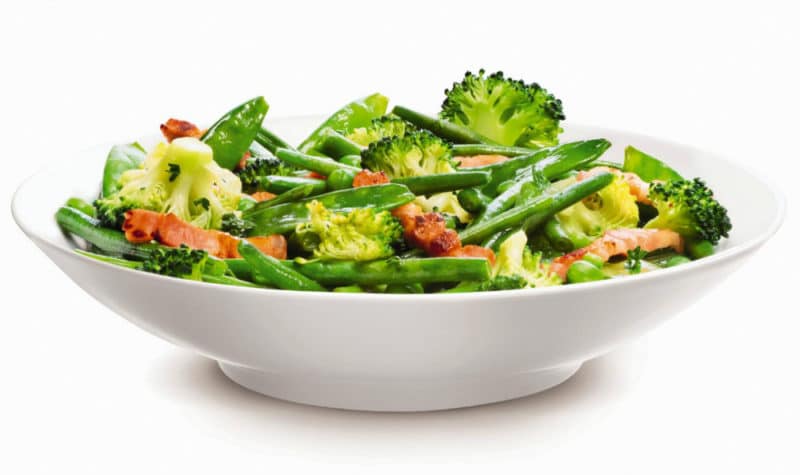 I’m not explaining all of this to tell you that you must eat more raw cruciferous veggies. I am a big advocate of them, but my biggest concern is always that everyone needs to eat more vegetables in general.

So if you’re still skeptical, then simply steam your greens and raw cruciferous veggies before eating them. Doing so greatly reduces their goitrogenic properties.

In fact, the only cruciferous veggies I eat raw are the ones I put in my morning smoothie or green juice – i.e. kale and other leafy greens. I personally prefer to steam my cruciferous veggies like broccoli and Brussels sprouts—both of which I love—because in their raw form they’re too tough for my taste!

Cruciferous vegetables contain glucosinolates and an enzyme called myrosinase. When we blend, chop or chew these vegetables, we break up the plant cells, allowing myrosinase to come into contact with glucosinolates. This initiates a chemical reaction that produces isothiocyanates (ITCs)–powerful anti-cancer compounds.

These ITCs have been shown to detoxify and remove carcinogens, kill cancer cells, and prevent tumors from growing.

As I mentioned above, numerous studies have shown that eating cruciferous vegetables protects against all types of cancer – here are a few examples:

I hope this helps you understand the importance of eating more of these amazingly-powerful foods. They’re really nothing to be afraid of.

[Related: Is the Alkaline Diet Key to Cancer Prevention?]

The Real Enemy of Thyroid Function 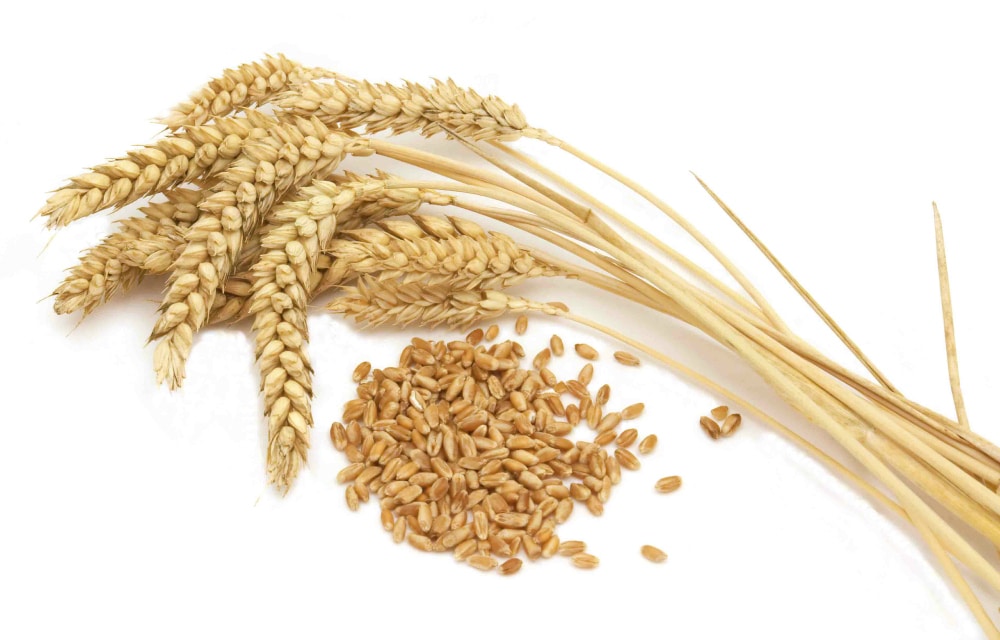 I hope that debunks those myths about cruciferous vegetables and thyroid health for you. If you want something to blame for runaway thyroid problems, then look no further than gluten.

This damaging protein found in many grains is strongly correlated with the development of Hashimoto’s disease (autoimmune hypothyroidism) which accounts for 90% of all cases of hypothyroidism.

So don’t blame the veggies. They’re here to help you.

Gluten on the other hand really has no redeeming qualities. In no way does it even remotely improve your health. It only harms it.

Now you know the truth about goitrogens, raw cruciferous vegetables and thyroid function. With this newfound knowledge and reassurance, I’m hoping you can sleep better tonight. Better yet, I hope you can put them to work in creating a healthier you!

Did you enjoy this article on The Truth About Cruciferous Vegetables and Thyroid Health? You might also like my FREE printable on How to Make the Perfect Green Smoothie every time. Click the banner below to get my secrets for making mouth-watering, health boosting smoothies.