For so many of us, the deeper we get into our career, the less time we have to take care of ourselves. This was especially true for Deborah, as her nursing job involved taking care of everyone but herself. It’s no wonder she could hardly find the time to exercise or eat right.

“When I first went into nursing school 20 years ago, I gained 20 pounds,” says Deborah. “I think I gained 10 more with every degree I got thereafter.”

Whereas so many people become despondent when confronted with such massive weight gain, Deborah was determined to shed the pounds. Soon, she was trying every diet she learned about: the cabbage soup diet, low carb and low calorie diets, the yeast free diet, and all manner of detox diets.

“My weight loss had been minimal and I always gained it back because it was not something I could sustain over time.” 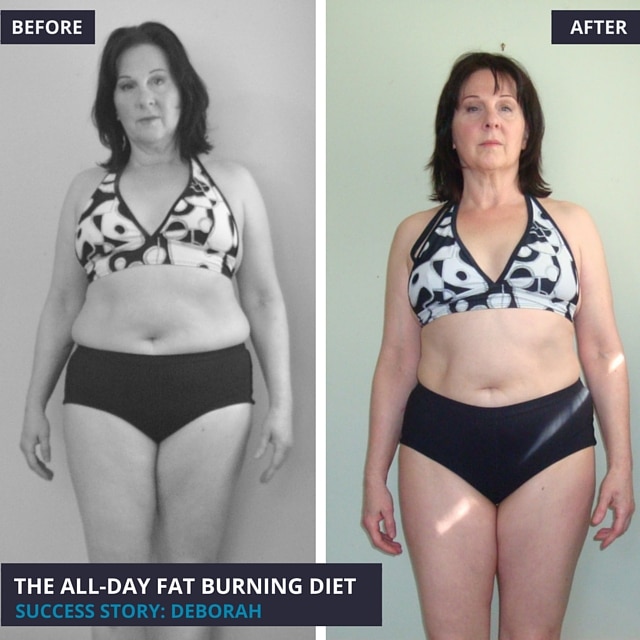 Given how badly all those other diets failed her, you wouldn’t expect that Deborah would be willing to give another one a shot. However, that’s just what she did. She signed up for a trial run of The All-Day Fat Burning Diet.

Within a week, Deborah had lost almost five pounds.

Within a month, she had nearly doubled that loss, clocking in at a weight of 124.7 pounds, a full 8.3 pounds lighter than her initial weight of 133 pounds.

The weight was practically dripping off, and she even took a few breaks. After two months, Deborah was down 11 pounds and had lost 6 inches from her waist!

“What I’ve learned from this experience is that I can still lose weight by following this plan with some breaks here and there. I see this as something I can continue long term,” says Deborah. “Thank you!”

Now I want to share your incredible story with the world. Wouldn’t that be amazing?

Pre-order a copy of The All-Day Fat Burning Diet and you’ll have access to the same plan that Deborah followed to drop that burdensome weight. You’re a success story waiting to happen.