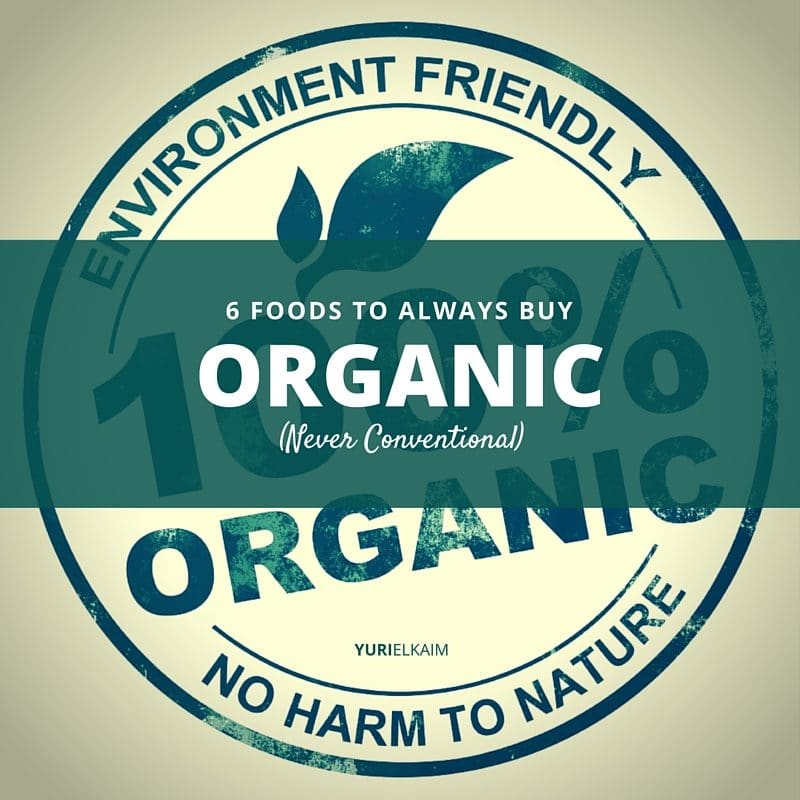 For many people, filling their shopping cart with strictly organic foods is too costly.

This leads many of us to opt out of buying organic foods altogether, but I don’t think that’s a good idea.

Organic foods are grown without the use of many common chemical fertilizers and pesticides. Therefore organic foods don’t have any of the harmful trace elements that can be detrimental to your general health.

This is particularly important for children, pregnant women, the elderly and people with weakened immune or digestive systems.

As someone who makes it a point to give you the best nutrition tips, I have to point out that organic foods have been shown to contain more antioxidant compounds that are linked to better health when compared to conventional foods. (1)

I understand if you must buy some conventional produce to keep your food costs down, but I want you to be aware of certain types of food that are significantly more harmful if they’re not bought organic.

Avoid these seven foods in conventional form whenever possible. As you’ll see below, you’ll be doing yourself a favor.

Organic Foods Only! Never Buy These 6 Foods in Conventional Form… 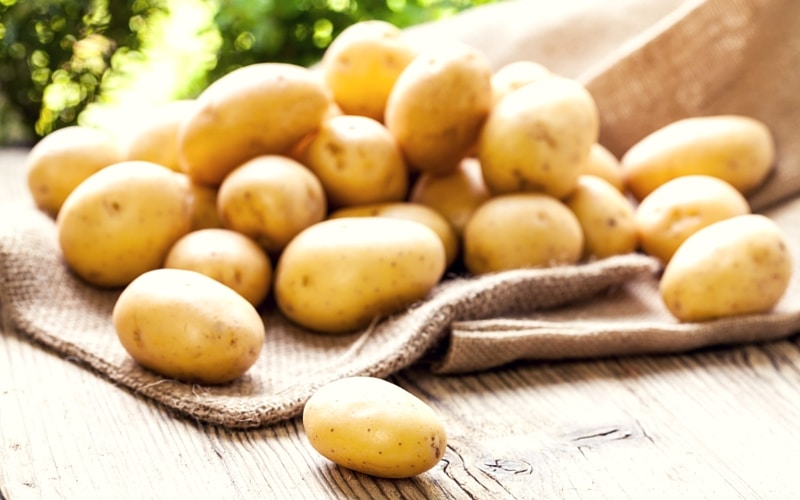 With their thin skins, potatoes suck up and absorb just about anything that’s in the soil around them, so you want to make sure that the potatoes you bring into your kitchen have been exposed to as few un-natural chemicals as possible.

That means conventional potatoes are a no-no.

All of this makes them extremely susceptible to becoming laced with trace elements that you want to avoid.

[Related Article: 4 Good Carbs to Eat for a Flat Belly]

Conventional potatoes are treated with fungicides when they are growing and are sprayed with herbicides to kill off any vines before they are harvested by the growers.

As if that’s not enough, they’re sprayed again when they are harvested to stop them from sprouting.

Washing these non-organic potatoes will not get rid of all the dangerous chemicals they’ve been treated with, so the best solution is to always buy organic spuds. 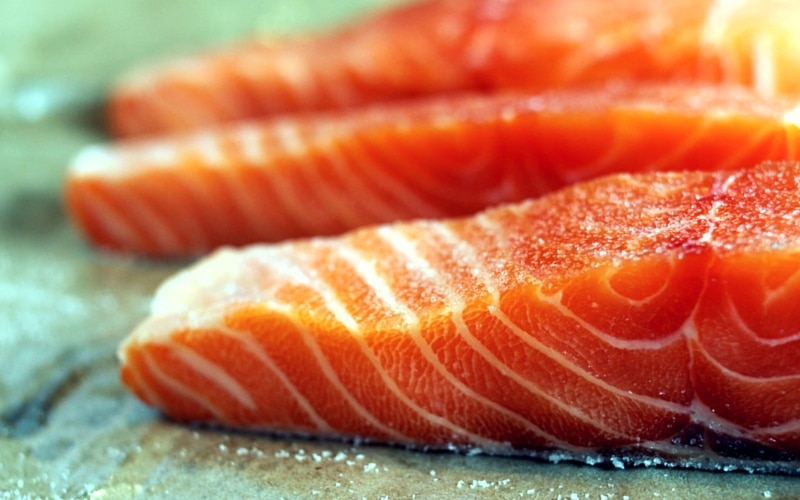 I don’t care what you say: nature did not intend for salmon to be penned up and fed soy and chicken feed.

Consequently, captive breed salmon have been shown to contain a reduced amount of vitamin D and higher level of contaminants along with pesticides. These pesticides commonly include the notoriously dangerous insecticide DDT, and have been linked to diabetes and obesity.

Research has also indicated that farmed salmon is contaminated with the highest amount of pesticides in the human protein food chain and often has 40 times more DDT than any other food sources! (3)

As such, make sure you purchase and eat wild caught salmon only. It tastes the way nature intended and you won’t be pumping yourself full of chemicals.

[Try This Recipe: Baked Salmon & Lentils via Gimme Some Oven] 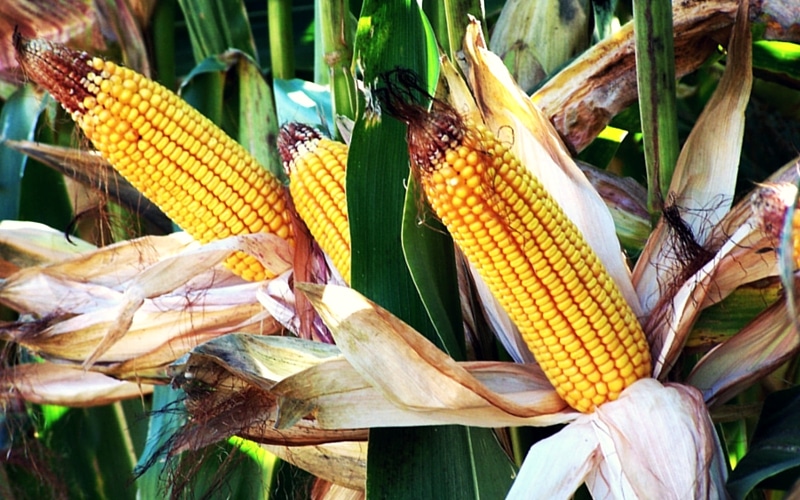 The corn plant of today is like a pesticide sponge with roots.

Note: I generally avoid eating corn because it’s an inflammatory food. But if you have to buy it, please make sure it’s one of the items on your organic foods shopping list.

Here’s why: much of the corn you find in the supermarket is genetically modified to withstand the spraying of pesticides which actually end up in the plant itself.(4)

What makes things worse is that corn is a major ingredient in many processed foods including ketchup, salad dressing and breakfast cereals. As you might know, high fructose corn syrup is in so many common foods even though our body isn’t designed to properly break it down.

The best thing to do is to avoid conventional corn and anything it pops up in. 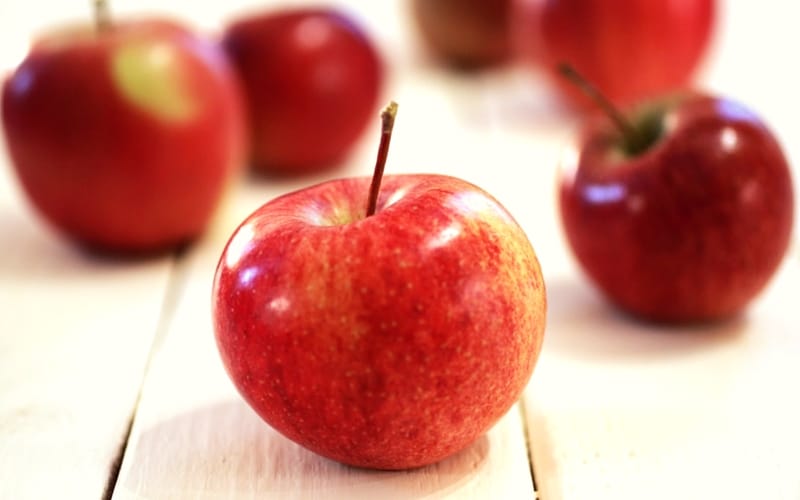 The old saying “an apple a day keeps the doctor away” stopped being true a long time ago. That’s because conventional apples are frequently doused in pesticides to protect them from insects.

Research has indicated that many farm workers have higher incident rates of cancers and Parkinson disease when compared to the normal population.(5)

However, the apple industry refuses to acknowledge this damning piece of research and seems more interested in making money than preserving people’s health.

At the very least, if you must buy conventional apples, make sure you peel the skin off first. 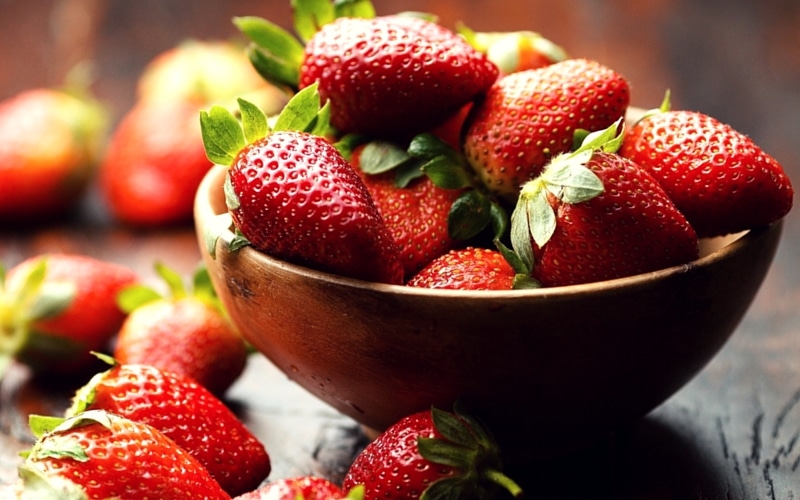 Strawberries are a soft fruit that are prone to disease while in storage and transport. To stop fungal infestation, many commercial farmers treat them with methyl bromide.

This pesticide is actually banned in many parts of the world because not only does it harm the ozone, but it also damages your DNA. Methyl bromide has been linked to a whole host of health issues from cancer to neurological damage.(6)

This chemical is highly volatile and when used on crops it can affect workers and surrounding communities. 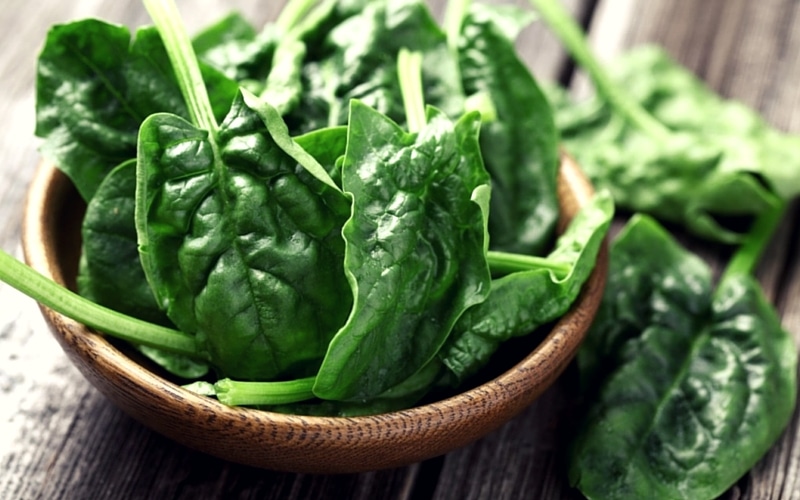 Spinach is a powerful food that is loaded with vitamins A, K, D and E.

It is a high in omega 3 fatty acids, has anti-cancer and anti-inflammatory properties, alkalizes the body, and is good for eye health and bone strength.

That said, you really should buy it organic.

Insects love spinach, which makes those luscious green leaves targets for heavy doses of pesticides, and that’s exactly what you don’t want to be putting into your body.

I hope this list makes the case for which organic foods you should not settle for in conventional form. Do yourself a favor and keep all those extra pesticides, herbicides and sprays out of your kitchen and your body!

If you enjoyed this article on the 6 Foods to Buy Organic, you might also enjoy The “All-Day Energy” Diet Community Cookbook.

To get 67 delicious, allergen-free meals that take less than 15 minutes to make – for FREE, simply click on the banner below.