Yuri Elkaim - What Happens If You Don’t Eat For 44 Days? (Science Facts)

You are here: Home / Uncategorized / What Happens If You Don’t Eat For 44 Days? (Science Facts) 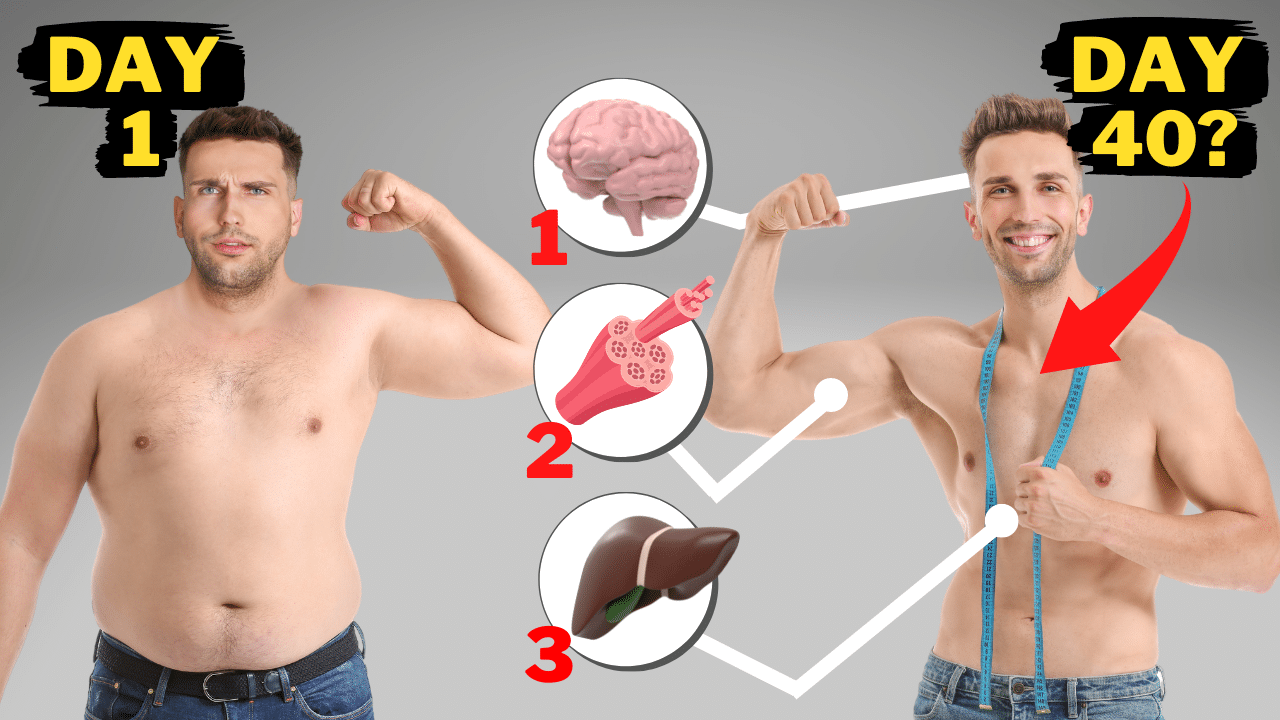 Fasting is an excellent method for enhancing overall health. There are numerous advantages to fasting, including improved mood, decreased anxiety, and increased growth hormone levels.

In 1971, Angus Barbieri made international headlines for his year-long fast, which was documented in The Guinness Book of World Records. Barbieri’s record-breaking performance was the result of an exclusive diet of water and hard-boiled eggs. Throughout the entire year, he consumed no solid food. Barbieri remained in good health throughout the duration of his fast despite the difficulties posed by such an extreme diet. At the conclusion of his fast, he gradually reintroduced solid foods and eventually resumed his normal diet. Although Barbieri’s case is extraordinary, it does shed light on the human body’s ability to survive on extremely little food.

In 2003, the American stunt performer David Blaine undertook an extraordinary feat of endurance: 44 days without food, suspended in a transparent cage box above London. The stunt, which was broadcast live on British television, drew enormous crowds of onlookers and sparked intense media interest. On day 44, despite these obstacles, he emerged from the box with a hero’s welcome. David Blaine is regarded as one of the most accomplished stunt performers in the world, with a reputation for pushing the limits of human endurance.

One of the advantages of fasting is that it aids in the production of ketones. Ketones are a type of fuel that the body can use for energy; they are created when fat is burned. The presence of ketones in the blood indicates that fat is being burned for energy. This can help people who are attempting to lose weight by increasing the rate at which their bodies burn fat. In addition to enhancing mental clarity and reducing inflammation, ketones can also have other health benefits.

Fasting can also cause hormonal changes. During fasting, both levels of the hunger hormone “ghrelin” and insulin decrease. Low ghrelin levels causes a hunger-lowering effect, thanks to reduced insulin. Insulin blocks the brain from picking up on “leptin” signals – a kind of hormone that makes you feel full. The higher the insulin, the hungrier you’ll get.

In the absence of food, the body begins to break down its own glycogen stores for energy. Glycogen is a glucose-based molecule that is stored in the liver and muscles. Once these reserves have been depleted, the body turns to protein for energy. This process is called gluconeogenesis, and can result in muscle loss.

When it comes to fasting, individuals take a variety of different approaches. Some individuals choose to fast for religious reasons, while others do so for health or even competition. Before deciding to fast, it is essential to understand the potential risks and benefits. Dehydration is one of the greatest risks associated with fasting, especially if you do not consume enough fluids. This can result in a variety of problems, including headaches, fatigue, and vertigo. Consult your physician to ensure that fasting is safe for you if you are seriously considering one. More than the risks, fasting has a number of benefits, including weight loss, enhanced mental clarity and reduced inflammation. If you are looking for a way to improve your health, you may want to consider it now!