Should Women Lift Heavy Weights (And Why)? | Yuri Elkaim

You are here: Home / Fat Burning Exercise / Should Women Lift Heavy Weights (And Why)?

Should Women Lift Heavy Weights (And Why)?

Should women lift weights? There’s a question I hear a lot.

In this post, we’re going to talk about lifting weights and gaining weight, specifically with respect to women. Here’s the reader’s specific question:

Hey Yuri? I wanted to add heavier weight to my strength training workouts, in order to gain more muscles. However as a woman, I’m concerned that I will gain inches as a result. What are your thoughts on this? Thank you.

Why Lifting Weights Is Important 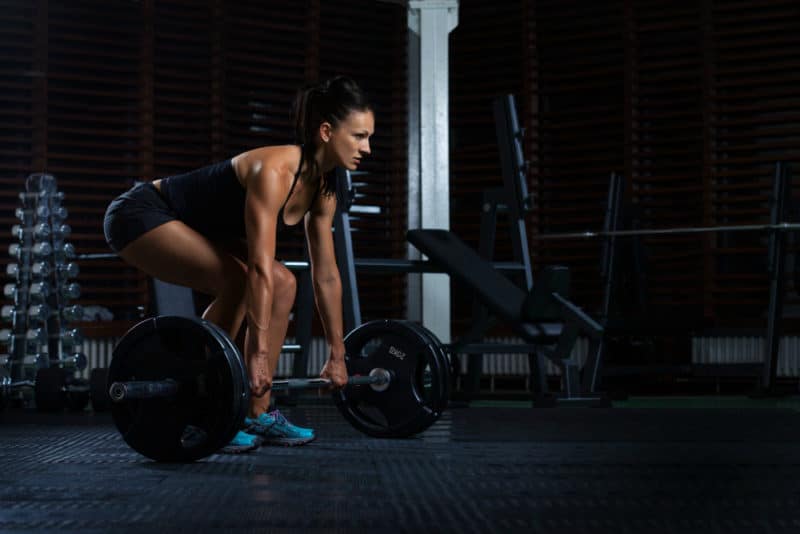 That’s a great question. It’s a very common concern that has led millions and millions of women to workout incorrectly. Here is the thing, you want to gain muscle size. Julie does in this case, but she doesn’t want to gain inches. Now I’m assuming by inches she means fat. No one wants to gain fat, we all know that.

Now, I’m just going to pick up the example of a friend of mine. One of my good friends, his sister is very, very thin. No matter what she eats, she won’t put on weight.

She knows that I always have good fitness tips to offer, so she’s always asking me questions like, “Yuri what can I do to gain weight? Should women lift weights?”

My answer was very straightforward, and is the same advice I’ll give to you: “You have to go to the gym or work out at home with challenging weights. That’s going to break down your muscles and allow them to grow.”

Now if you’re looking at gaining size, putting on some on mass, most likely it’s not going to be pure muscle. You’re going to put on a bit of fat. That’s just the way it goes. So, what can Julie do in this case to add on some more muscle without gaining inches?

Well, I don’t know if Julie’s looking to gain five or ten pounds of muscle mass, or if she just wants a little bit more muscle definition. I’m going to with the muscle definition, and if that is indeed the case, the answer remains simple: You need to lift heavier weights.

As far as I’m concerned, all gyms across the world should get rid of two and five pound dumbbells. Maybe five pounds is the very minimum that we would have, but anything lower than that should be disregarded.

Think about it: aside from your iPhone or something small like a pencil or pen, most of the time when you’re lifting something—even a shopping bag—it’s going to be heavier than five pounds.

With that being the case, there is no sense doing bicep curls with two pounds of weight. That’s going to make you weaker. It’s a waste of time.

Should Women Lift Weights? The Other Question… 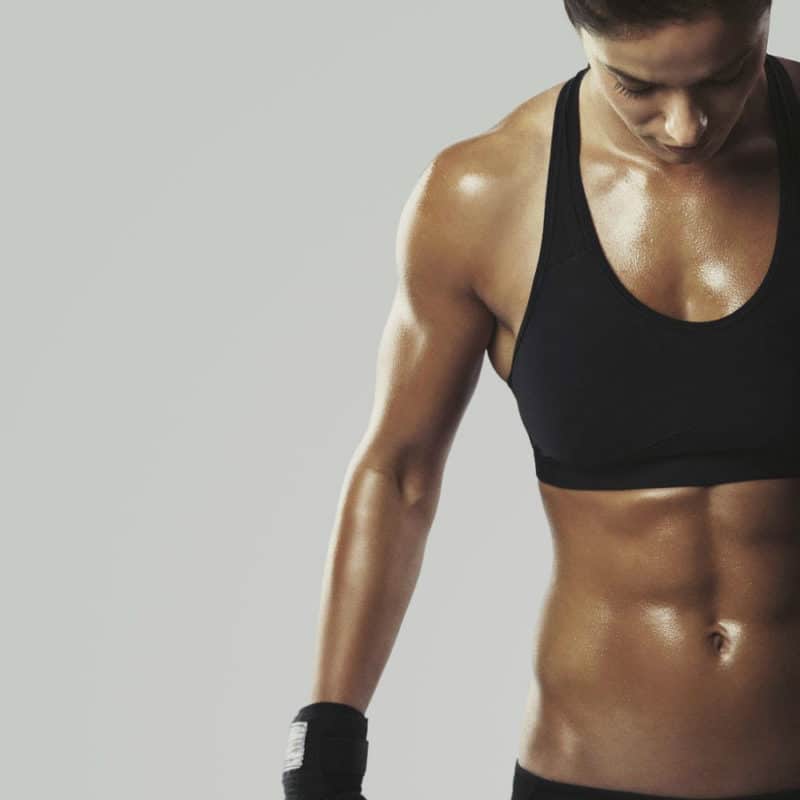 Whenever this topic comes up, there’s another question that many women commonly ask:

Yuri, if I lift weights, am I going to look like a body builder?

Women, you’re not going to turn into the Incredible Hulk, unless you want to, simply because you don’t have enough testosterone to do so, not even about 10% of the testosterone that we men have.

By doing the same type of training, you’re not going to gain the same size, simply because you don’t have the same hormonal makeup as we do.

So please, all women across the world, I want to broadcast this: Lifting heavier weights is not going to hurt you. It’s not going to turn you into a massive body builder type of person.

What it will do is the following: It’s going to give you a better lean muscle tone. It’s also going to strengthen your bones, which is very important for women, since so many of you are suffering from bone mineral density loss, leading to potential osteoporosis especially if you’re drinking dairy or cow’s milk.

Now I’m not going to program design in this video, but just understand if it’s six repetitions, you choose the weight that you can only lift six times.

So six reps is the maximum you can do. Which in this case, which means that you can choose a weight that only allows you to do six reps. If you went with the ten reps set, same idea. There will be slightly lower weights, but again it’s only a weight that allows you to lift it ten times. Very important.

It’s very important to understand this, because there are so many benefits. It’s so awesome to see women that are fit and toned. You can actually see a bit of muscle definition. Not a lot, but just enough. It’s just so attractive. It’s just such a great sign of health, and vitality.

Consider this: a study performed in Finland examined the difference between a group of women who took aerobic classes for 12 weeks and another group who took aerobic classes in addition to doing regular resistance training. The latter group ended up with lower body-fat percentage, a reduced resting heart rate and lower blood pressure. Simply put, they were much healthier for having done the weight training. (1)

I could keep going on this, but I don’t want to go out and try too many tangents. The fundamental idea here is that lifting heavier weights is important for both men and women. In fact, it’s especially important for women, just because they’ve been conditioned to think it’s not for them.

So thank you very much for that question, Julie, as there are so many people out there who have also asked it themselves: should women lift weights?

Did you enjoy this article on Should Women Lift Weights? You might also like my Fat Blaster Workout. It’ll help you get leaner and fitter by combining a powerful strength and interval cardio session all into one workout. Click the banner below to get it for FREE.