You are here: Home / Fat Burning Exercise / The 10 Push-up Variations You Need to Know (For All Levels) 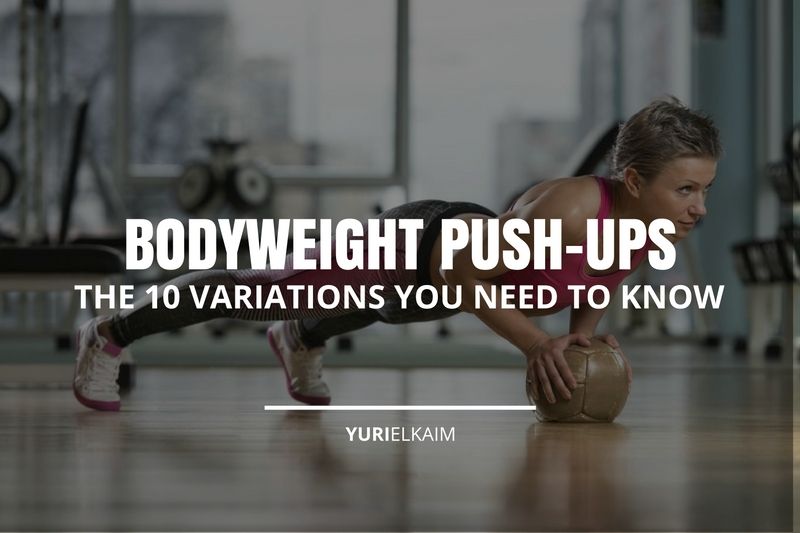 Push-ups are at the top of the list of popular exercises, and for good reason.

Considered one of the best compound, full-body exercises you can perform, push-ups work nearly every muscle of the the upper body, from the chest, back, triceps, shoulders and biceps to the entire core, quads, and even the glutes.

Aside from the strength and stability benefits, performing push-ups has also been shown to help increase testosterone levels, which means increased muscle-building and lowered risks for osteoporosis (1).

However, even though ladies may balk at the mention of increased testosterone, it’s important to remember that push-ups are for everyone, including women, and that a natural increase in testosterone is not going to cause women to excessively “bulk.”

Also, while push-ups may seem like a male-oriented exercise, here are no studies showing that women don’t have the same capability as men to knock out as many push-ups as they want, so ladies shouldn’t feel disheartened when it comes to mastering the push-up.

With that said, we’ll be looking at several variations of push-ups that lead to performing a full push-up.

These are great for total beginners and also those getting back into working out after an injury.

But first, let’s look at form.

What is Proper Push-up Form?

There are a few rules regarding form to keep in mind no matter what stage of push-ups you’re tackling.

When out of us get tired, we start to let our hips drop as we near the ground, which makes the movement easier.

The problem with this it can strain the spine and hip flexors – and it’ll result in fewer strength gains.

Instead, concentrate on engaging your core at all times throughout the movement.

Picture “chicken” wings flapping – don’t do it. This puts strain on the shoulder joint.

So, rather than having your elbows point straight out to the sides, or back toward your feet, instead, you want them to be somewhere in the middle, in a neutral “just-right” position.

3. Try Not to Perform Half-Reps

In other words, be sure to lower fully, your chest just brushing the floor, during each push-up.

It’s common for people to place their hands too high (more in line with their heads) and also wider than needed, which makes you target the wrong muscles.

With these in mind, let’s get started on improving and mastering the push-up, one of the best bodyweight exercises you can do.

We’ve put together a list of variations for push-ups that will include exercises for absolute beginners, all the way up to the advanced push-up guru.

Important note: you will notice there are no “knee” push-ups here. That’s because push-ups done from your knees won’t help you advance to a full push-up because they don’t challenge your core or glutes enough.

The 10 Most Important Push-up Variations

For each exercise, aim for 3 sets of 10-15 repetitions 2-3 times per week before moving on to the next progression. 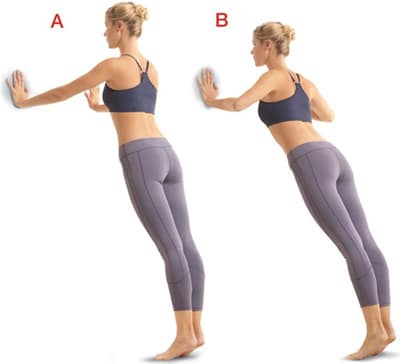 Wall push-ups are an excellent place for beginners to start, as you have just enough incline to make the movement challenging while also building strength and perfecting your form.

Once you’ve built strength with the wall push-up, you can then move on to countertop or chair push-ups, which are more challenging because there’s less incline. 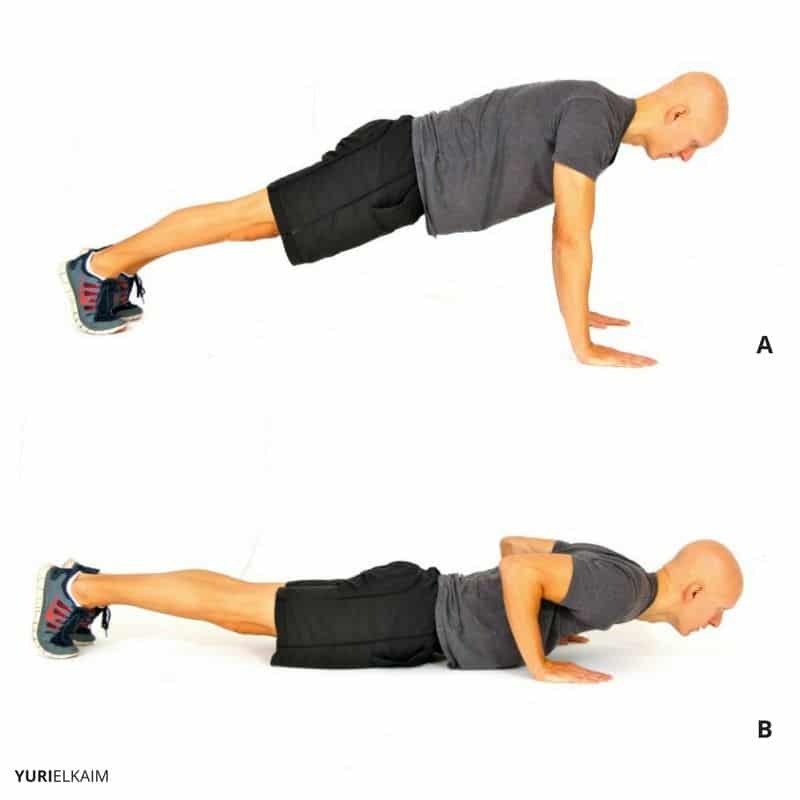 Performing just the lowering phase of a push-up can significantly increase your strength to progress to a full push-up.

It may sound odd, but studies have shown that eccentric exercises – which focus on muscle contraction during the lengthening of the muscles, or the “lowering” phase – can make you stronger during the concentric (pushing or contracting) phase (2). 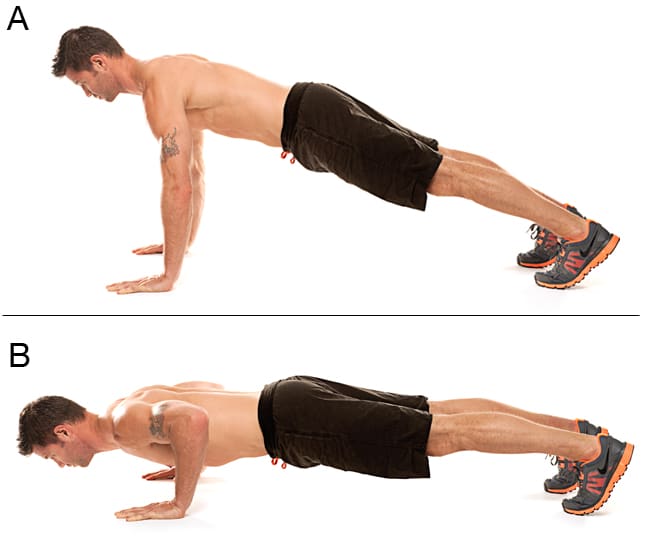 Once you feel comfortable with negative push-ups, it’s time to move on to the full push-up.

Have you mastered the pushup and now you want even more? These advanced variations will have you feeling the burn all over again – and also help you work other components of fitness like power and explosiveness. 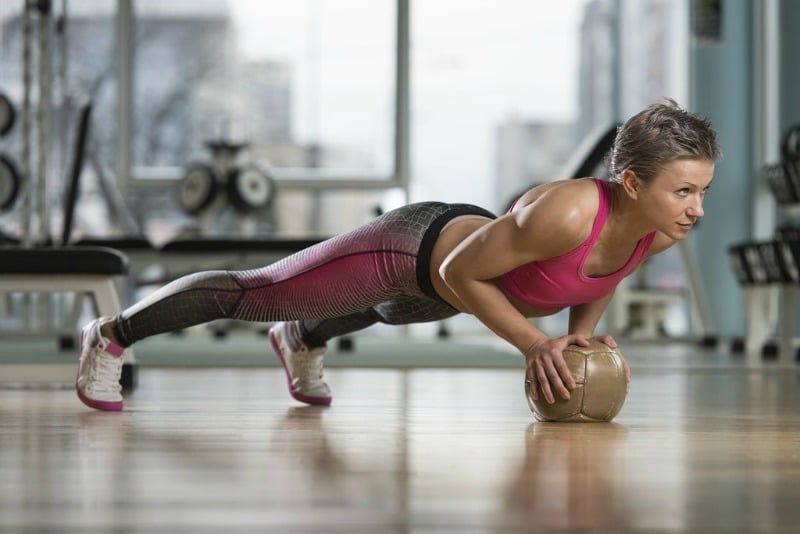 Medicine ball push-ups are excellent for engaging more of the stability muscles of the core. Interestingly, studies have also found that performing push-ups on a ball significantly increased triceps and chest-muscle activity when compared to normal push-ups (3).

Triceps push-ups follow the same form as regular push-ups; however, placing the arms closer to the sides really targets the triceps muscles along the back of your arms and it also requires more core stabilization. 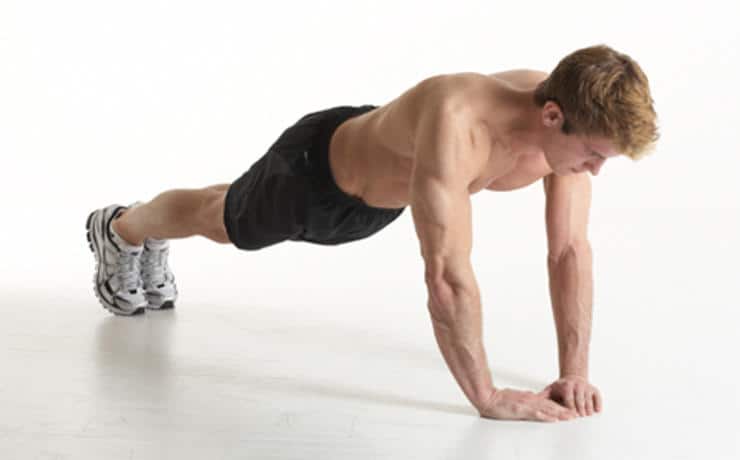 Diamond push-ups are also excellent for targeting the triceps muscles. 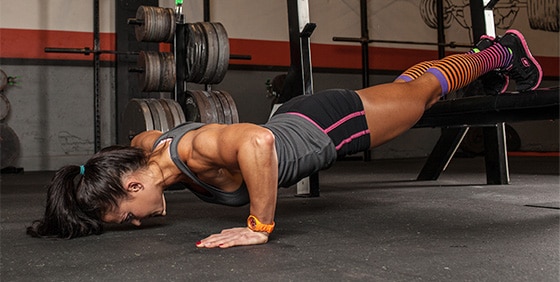 When you do decline push-ups, you place your foot on a prop such as a medicine ball or bench to maximize the depth of your push-up. As you get stronger, you can increase the steepness of the incline.

Clap push-ups offer the challenge of adding in an explosive plyometric movement to your push-up, and will surely have your upper body burning. 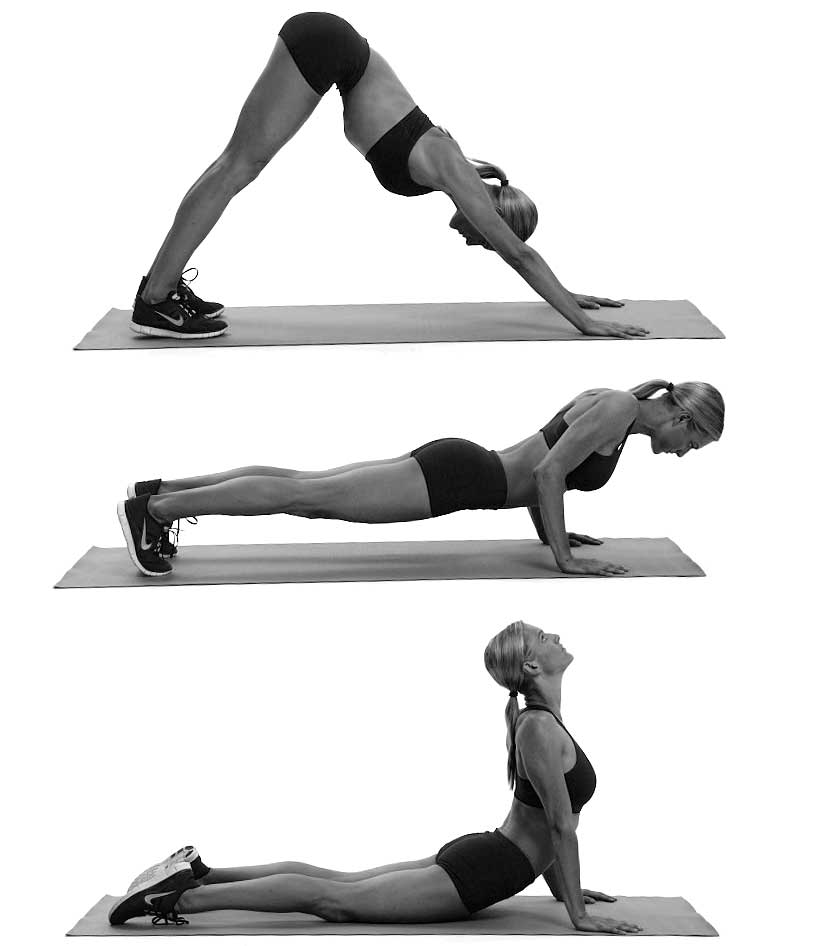 The dive-bomber push-up might look like some sort of yoga sequence, but in reality is a challenging push-up variation that simultaneously builds the entire upper body, while also increasing flexibility and stability. 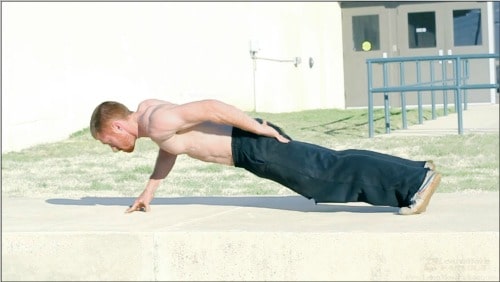 One-arm push-ups are one of the most challenging variations of push-ups, due to the arm strength and core stability required to balance – let alone push up – using a single arm.

Whether you’re a beginner or knocking out one-arm push-ups like they’re going out of style, know that with every rep you’re building a highly efficient foundation for any other exercise you perform.

Cheers to pushing up in the world.

No Equipment? No Problem!

You can get an awesome workout using just the weight of your own body.

Build fat and burn strength with my 20-minute Bodyweight Workout.

This program includes an instructional video, workout tracker, and follow-along audio. It’s a $29 value –  but it’s yours for FREE!