Nightshade Vegetables: Do You Need to Avoid Them? | Yuri Elkaim

You are here: Home / Healthy Eating / Nightshade Vegetables: Do You Need to Avoid Them?

Nightshade Vegetables: Do You Need to Avoid Them? 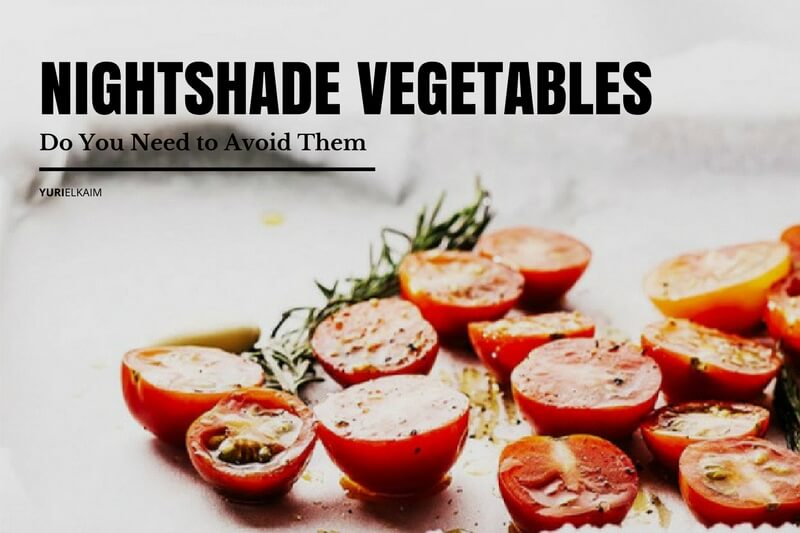 Could some vegetables be contributing to your digestive issues – problems like inflammatory bowel disease, food allergies, or leaky gut syndrome?

The nightshade family of veggies – which includes potatoes and tomatoes – is also implicated in other conditions like acid reflux and arthritis.

Now, this group of veggies doesn’t cause serious issues for everyone, but if you’re one of those who are sensitive or allergic to them, chances are you’re noticing some reactions and symptoms.

I know it can get frustrating when it seems like you have a never-ending list of foods to watch out for. From gluten to dairy to meat to everything in between, it might feel like nightshade vegetables are just another thing to add to the growing list.

But understanding which foods might be causing some of your symptoms can be the first step in treating them once and for all.

And if you’ve been searching for an answer to why you’ve been experiencing certain side effects or symptoms and wondering if they’re diet-related, you should definitely consider nightshade vegetables as a possible factor.

So what are nightshade vegetables? And do you need to eliminate them from your diet?

What is a Nightshade Vegetable?

Nightshade vegetables are all members of the Solanaceae family of plants, which is comprised of more than 2,000 different plant species.

This family is made up of more than just vegetables, though. It also includes petunias, tobacco plants, and mandrakes.

It even includes some poisonous plants like the belladonna, which is also called “deadly nightshade.” It was used as a poison by the ancient Romans and, before that, crafted into poison-tipped arrows.

Vegetables only make up a small portion of the entire nightshade family, but they do contain several of the foods commonly found in our diets.

Here are some common nightshades: 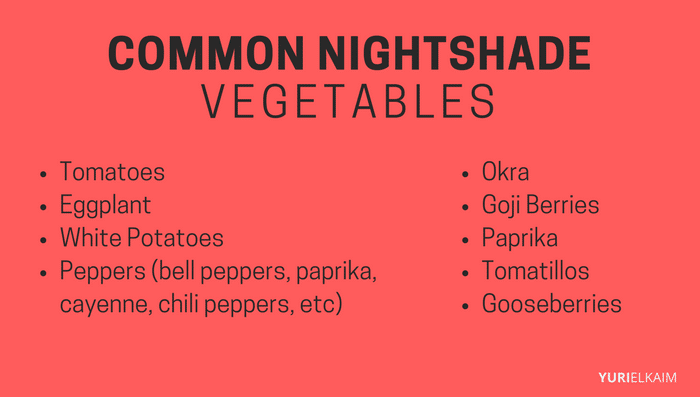 This may seem like a pretty diverse list – after all, potatoes and peppers don’t have much in common, at least in terms of taste or appearance.

What all nightshade vegetables do have in common, however, is the presence of a substance known as the alkaloid.

Some of the most potent ingredients in herbal medicine, alkaloids are a group of chemical compounds found in nightshade plants.

Solanine is found mostly in potatoes while capsaicin is known for giving peppers their signature spicy flavor.

Tropane is common in many nightshade plants but is not often found in nightshade vegetables.

And as for nicotine, it’s found in very small amounts in nightshade vegetables and is not addictive or harmful in the way that cigarettes are.

The alkaloid content of nightshades is often the culprit behind many of the negative side effects that often present with nightshade vegetables.

Solanine, for example, can irritate the gastrointestinal tract. It works by disrupting cell membranes and inhibiting acetylcholinesterase, which can lead to symptoms like nausea, diarrhea, and vomiting (1).

Capsaicin, on the other hand, contains strong irritant properties and can cause a release of the substance that communicates the sensation of pain (2).

At this point, it might seem like nightshades should be avoided altogether. After all, alkaloids can cause all sorts of negative side effects – and a good chunk are actually deadly.

However, while you obviously should steer clear of poisonous nightshade plants, most of the nightshade vegetables are generally safe.

In fact, not all of the nightshade vegetables contain all types of alkaloids and most are in low enough concentrations that they don’t cause harmful effects.

Many alkaloids even boast some impressive benefits: capsaicin can help relieve congestion while nicotine could actually have some benefits when it comes to cognition.

Fortunately, most of us can eat plenty of potatoes, tomatoes, and eggplants with no issues. But for those who have a nightshade vegetable allergy or sensitivity, it’s a much different story. 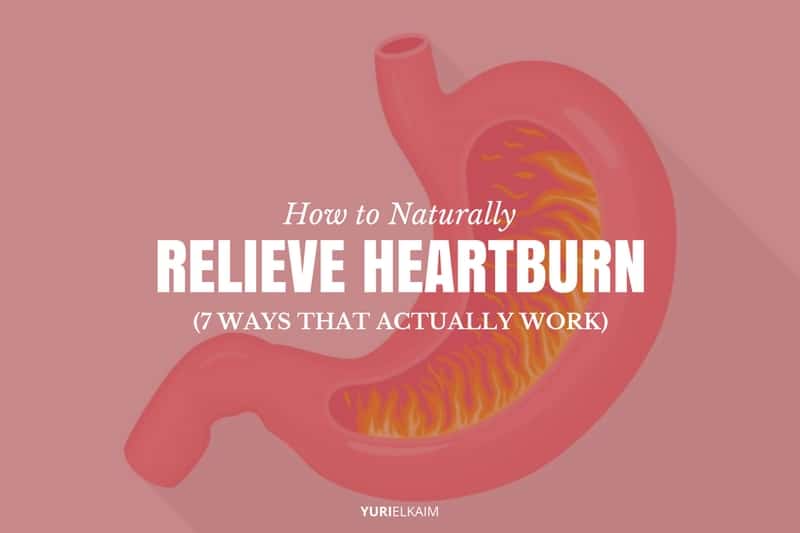 Unlike other common allergens like peanuts or shellfish, an allergy or sensitivity to nightshade vegetables can be much harder to pinpoint.

Since the group of nightshade vegetables is so diverse, it can be difficult to trace an allergy back to nightshades. After all, who would think that eggplants and tomatoes could cause the same type of reaction?

Although it can be tricky, if you’re following an elimination diet or allergy diet trying to determine the source of your allergies, nightshade vegetables should definitely be kept in mind.

Besides allergies, there are several other conditions that can be affected by nightshade vegetables.

If you suffer from any of these, it’s a good idea to consider cutting nightshade vegetables out from your diet to see if they could be contributing to your symptoms.

The association between nightshade vegetable and inflammation can be traced to its strong effect on inflammatory bowel disease (IBD).

In one animal study, researchers looked at how the glycoalkaloids in potatoes affected IBD. They noted that this compound disrupted the integrity of the epithelial barrier in the mice who were predisposed to develop IBD, aggravating the condition further (3).

If you suffer from acid reflux disease, there’s a good chance you’ve been told not to eat spicy or acidic foods. That’s why it’s not all that surprising that capsaicin tops the chart when it comes to irritating ingredients when you have acid reflux.

Studies have found that capsaicin affects sensory neurons, bringing on heartburn symptoms. In one study, it also cut the amount of time it took to experience peak heartburn pain, from 247 minutes after eating to 120 minutes (5).

Besides peppers, tomatoes are also on the list of foods to avoid if you’re suffering from acid reflux. Thanks to their high acidity, tomatoes can trigger acid reflux while also irritating an inflamed esophagus, making symptoms even worse.

Although the evidence isn’t strong, there are countless personal reports that cutting back on nightshade vegetables can help ease inflammation and pain caused by arthritis.

In 1993, one doctor set out to try and demonstrate the relationship between nightshades and arthritis. He conducted a series of surveys among people with arthritis and looked at the connection between their diet and their symptoms.

In his published findings, he noted that 94 percent of those who followed his “No Nightshades Diet” experienced complete or substantial symptom relief (6).

Despite limited evidence, many recommend limiting nightshades in the diet if you suffer from arthritis.

In fact, right along with gluten and allergy triggers, the Cleveland Clinic recommends that those suffering from arthritis should reduce their intake of nightshade vegetables, noting that they can aggravate symptoms and pain (7).

Should You Avoid Nightshades?

The short answer is no, not all of us need to avoid nightshade vegetables.

In fact, cutting them out completely would mean eliminating a whole host of beneficial nutrients, like potassium from potatoes, vitamin C from peppers, and lycopene from tomatoes.

As I mentioned earlier, there are also plenty of health benefits that could come from certain types of alkaloids.

Capsaicin is even used in topical analgesics, helping to relieve and manage pain. Glycoalkaloids from potatoes have also been shown to prevent the formation of cervical, liver, and stomach cancer cells (8, 9).

The bottom line is that, for most of us, cutting back on nightshade vegetables is unnecessary as we’re able to process and digest the compounds found in nightshades with no problem.

But if you’re experiencing symptoms that could be linked to nightshade sensitivity, it’s definitely worth a little trial and error in your diet to see if cutting them out relieves your symptoms.

And if you’re recovering from an autoimmune disease, limiting your intake could be helpful in both easing inflammation and speeding up the process of recovery.

Try These Tips to Cut Back

Instead of eliminating them altogether, you can also try reducing your alkaloid intake.

A few simple ways to cut back include:

Of course, nightshade vegetables can fit in just fine with a balanced diet, regular exercise, and healthy lifestyle. They can also provide some great benefits, too – just as long as you don’t have an allergy or sensitivity.

It’s true: when you feed your body what it needs, you can help cut sugar cravings, banish bloat, and gain energy.

My 1-Day Detox Plan is designed to help you “detoxify” your body in 24 hours with mouthwatering “cleansing” meals – so you can start feeling lighter, leaner, and more energized by tomorrow!

And it’s FREE! You can download it right now by clicking the image below.