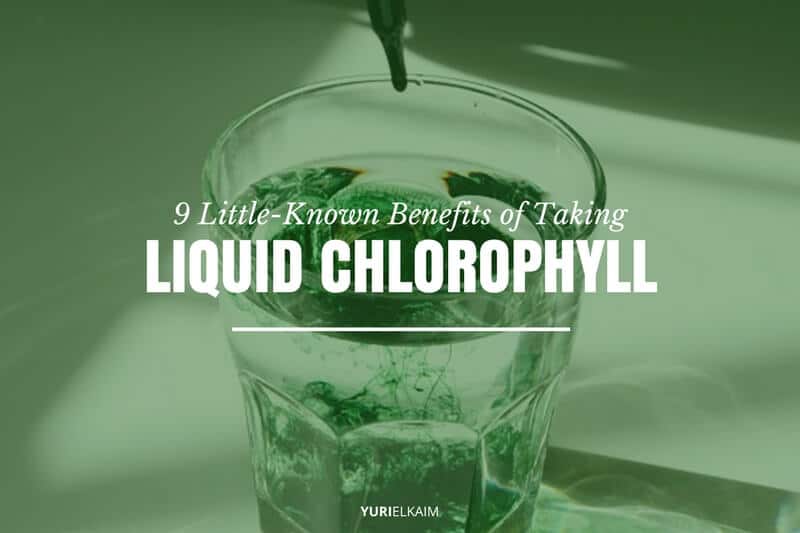 Most of us know chlorophyll is the pigment that gives plants their vibrant green hue and helps them transform sunlight into energy through photosynthesis.

But did you know that supplementing your diet with chlorophyll can bring you some serious health benefits as well? Researchers are learning more and more about this superfood and its positive effects on health.

One thing is clear, though: from cancer prevention to weight loss, we can all benefit from adding liquid chlorophyll into our diet.

The word chlorophyll comes from the Greek words meaning “green leaf,” which makes a lot of sense since it’s responsible for the green color of plants and algae.

It’s found in many of the foods that we eat. Alfalfa, wheat grass, and aloe vera are all rich sources that can easily be tossed into the blender with a green smoothie. Meanwhile, leafy greens and green vegetables like kale, spinach, broccoli, and cabbage are all excellent ways to get more chlorophyll into your diet.

Chlorophyll was first isolated in 1817 and made into supplement form. Today, it is now available in both capsule and liquid form as it has exploded with popularity due to its wide range of health benefits.

Between its effects on anemia and its antioxidant properties, liquid chlorophyll boasts a pretty impressive set of benefits. Let’s take a look at 9 of the biggest reasons you should consider including liquid chlorophyll in your diet. 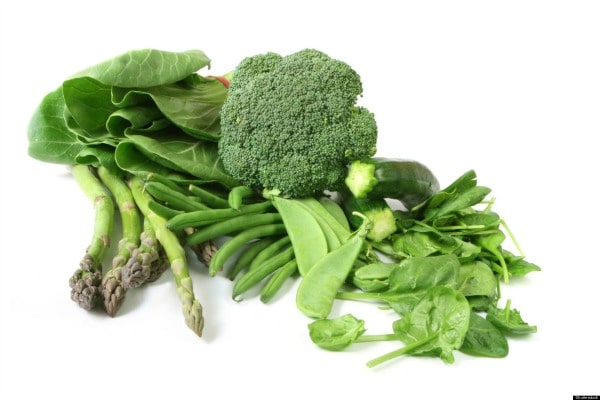 I’ve written pretty extensively about the long list of reasons you should alkalize your diet. It’s no secret that I’m a big fan of the alkaline diet and all of the health benefits it provides.

In the 1930’s, Nobel Prize winner Otto Warburg discovered that cancer cells can’t survive in an environment with an alkaline pH. Of course, this led to the formation of the alkaline diet, which is based on eating foods that promote alkalinity in the body.

One awesome way to alkalize your diet is by supplementing it with liquid chlorophyll.

2. It Can Help You Lose Weight 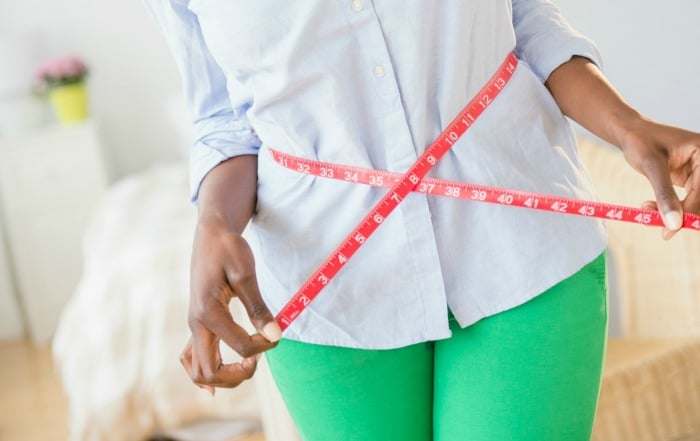 Chlorophyll has been shown to have effect on appetite and is able to aid in weight loss.

It works with our hunger hormones, which influence our appetite and regulate our intake. It’s been shown in several animal studies to help reduce food intake and prevent weight gain.

A study in 2013 looked at how supplementing a high carbohydrate diet with chlorophyll affected how much food subjects ate. The researchers found that chlorophyll intensified feelings of satiety by reducing hunger and preventing the dip in blood sugar that often occurs 90 minutes after eating (1).

Over time, these beneficial effects can have a big impact on weight loss, helping the pounds slide off even easier.

3. It Boosts the Immune System 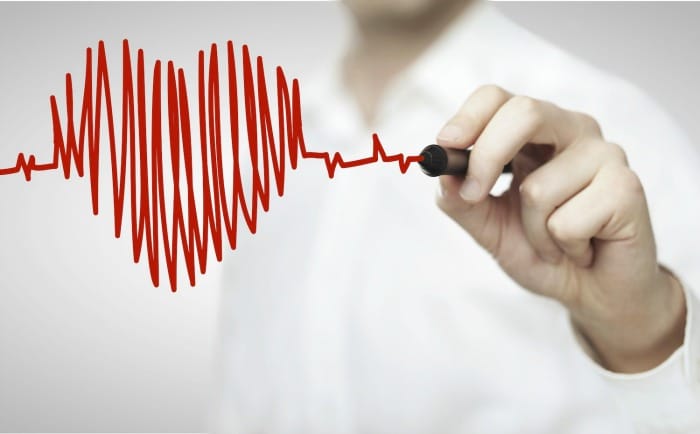 A healthy immune system is the foundation to maintaining good health. It protects us from disease and keeps germs, bacteria, and viruses at bay.

Chlorophyll can have a powerful effect in enhancing the immune system. It stimulates the bone marrow, which is responsible for the production of white blood cells. The job of these cells is to protect our body from infectious disease and ward off any foreign invaders that could potentially make us sick.

When levels of white blood cells drop, it can cause a weakened immune system, opening the door for viral infections and diseases to take hold. 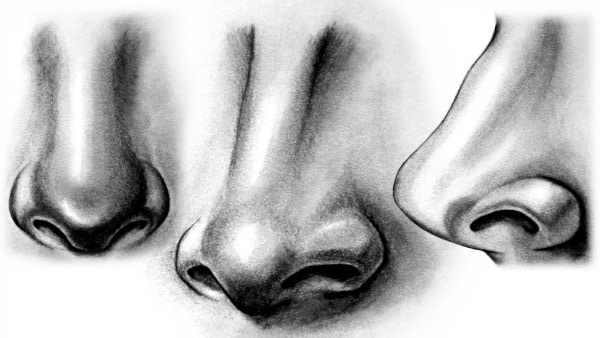 One of the most well-known benefits of liquid chlorophyll is its effectiveness in neutralizing odor. In fact, chlorophyll is often used to treat patients suffering from halitosis, also known as bad breath. It’s even been shown to reduce gas, control fecal odor, and improve overall digestion (2).

Not only that, but chlorophyll has also been shown to be effective against an infection known as Candida albicans, or yeast. This fungus is responsible for oral thrush and bad breath. Chlorophyll has been shown to treat and prevent these conditions, efficiently eliminating odor (3). 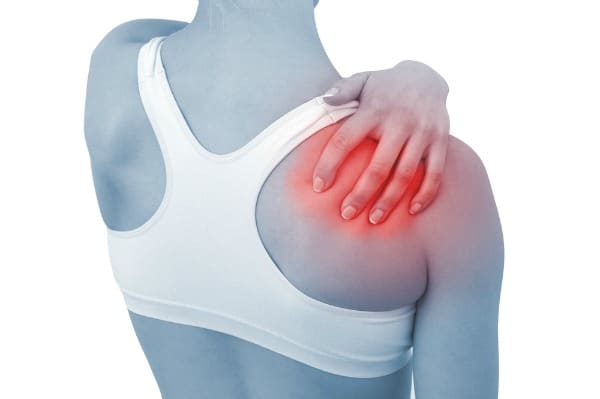 From arthritis to pancreatitis, chlorophyll has been used to treat a wide range of inflammatory conditions.

Its anti-inflammatory powers can be attributed to its potent antioxidant properties. These antioxidants help to scavenge free radicals, relieving inflammation and reducing the symptoms that come with it.

Research has confirmed the protective effects of chlorophyll. A 2012 study found that chlorophyll was able to protect cells from oxidative damage by counteracting harmful free radicals (4). 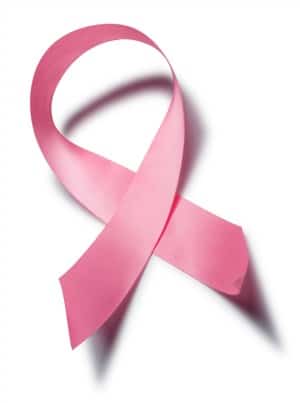 Due to its intense antioxidant properties, chlorophyll can even be effective when it comes to battling cancer cells.

Chlorophyll has been shown to increase the excretion of toxins, especially a specific type known as aflatoxin B1. Aflatoxins are poisonous and have been known to cause cancer, but chlorophyll can prevent these toxins from wreaking havoc in our body (5).

Chlorophyll has also been shown to reduce the bioavailability of carcinogens to make them harder to absorb in the body, prevent damage to biomarkers, and even prevent the formation of tumors in animal studies.

Plus, the alkalizing effects of chlorophyll are also cancer-busting. Promoting an alkaline environment in the body is key to reducing excess acid build-up that can contribute to diseases like cancer. 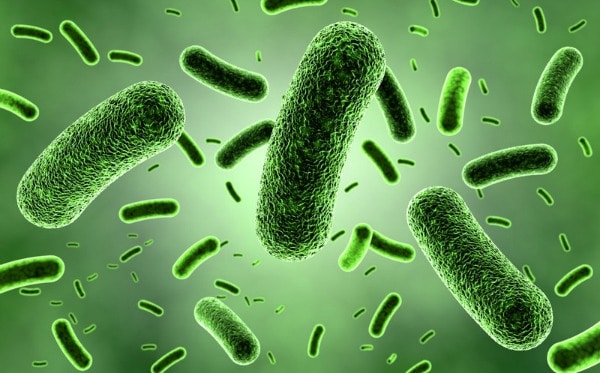 Chlorophyll has strong antimicrobial powers that can work to prevent the growth of bacteria and fungus.

I’ve mentioned before that chlorophyll has been shown to be effective against a type of fungus known as Candida albicans, the culprit behind yeast infections and oral thrush (3).

Also, chlorophyll has even been studied for its ability to promote wound healing by inhibiting bacterial growth. 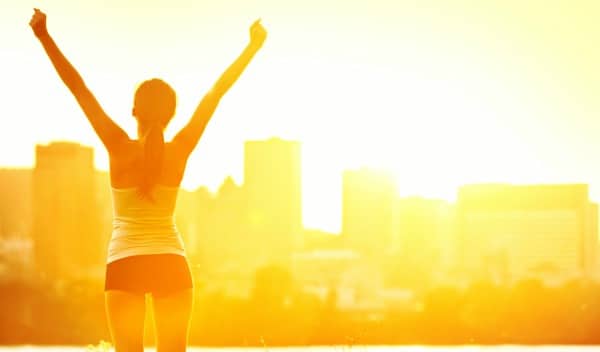 Interestingly enough, chlorophyll can actually help treat anemia. It has a very similar molecular structure to the hemoglobin that’s in our red blood cells. The main difference is the core; while hemoglobin has an iron core, chlorophyll’s core is made up of magnesium.

A recent study looked at how treatment with chlorophyll affected anemia for patients undergoing hemodialysis. During the course of the treatment, they found some incredible results. Both hemoglobin and hematocrit were significantly increased after supplementation with chlorophyll, as were levels of serum ferritin and transferrin saturation.

These changes all indicated that there were big improvements in their anemia, all thanks to chlorophyll (6).

It also works by stimulating bone marrow and increasing the production of red blood cells to treat and reduce symptoms of anemia. 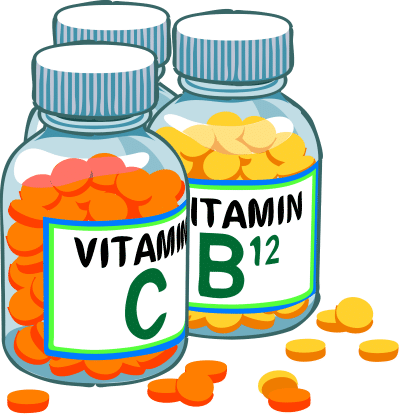 There’s a reason that chlorophyll is absolutely essential to the survival and growth of plants. Besides being involved in the process of photosynthesis, it’s also jam-packed with tons of nutrients that can be beneficial to humans as well.

Rich in vitamins A, C, K, and E, chlorophyll supports everything from blood clotting to healthy skin and vision. It’s also full of essential fatty acids and important minerals like magnesium, iron, calcium, and potassium.

Getting Started with Chlorophyll

By now, you might be wondering how you can take advantage of the many benefits of liquid chlorophyll and incorporate it into your own regimen.

Luckily, adding chlorophyll to your diet is fast, cheap, and easy. Make a quick stop at your health food shop and you’ll usually find liquid chlorophyll, typically ranging in price from $15 to $20. Best of all, a bottle usually lasts for months, meaning you’re really getting a pretty good value for your money.

Take a look at the ingredient label before you buy to make sure there are no strange ingredients or additives that shouldn’t be in there. Ideally, it should contain no more than three ingredients and with no dairy, corn, gluten, wheat, or parabens.

Though there are numerous brands available out there. I personally get my liquid chlorophyll from a brand called Land Art which is available at most health stores. I spent just $15 and it lasts me for upwards of 6 months at a time.

To get started, just add about a teaspoon of chlorophyll into your water. It will turn a dark green color from the chlorophyll but doesn’t have much of a strong taste. Drink this chlorophyll mix two to three times per day to get the best results.

You also can swish this mixture in your mouth a few times per day to get rid of bad breath and promote good oral hygiene.

Get the Benefits of Chlorophyll

Chlorophyll isn’t a miracle cure and it won’t make you instantly healthy. It is, however, a great way to supplement your health and squeeze in a few benefits with minimal time and effort required on your part.

Liquid chlorophyll benefits everything from your immune system to your gum health, so why wouldn’t you want to add it into your diet?

As always, though, make sure to follow a healthy diet rich in plant-based, whole foods and get in regular exercise as you’re able to. Then add liquid chlorophyll into your diet for an extra boost of health benefits on top of an already healthy lifestyle.

Get More Greens into Your Diet

Love the benefits of greens and want to incorporate them into your daily routine? You’ll definitely want to download my  FREE 1-page Perfect Green Smoothie printable.

It will show you exactly how to make the perfect green smoothie that tastes amazing.

You can get it right now by clicking the image below!