You are here: Home / Get Motivated / How to Overcome Imposter Syndrome and Reach Your Health Goals

How to Overcome Imposter Syndrome and Reach Your Health Goals 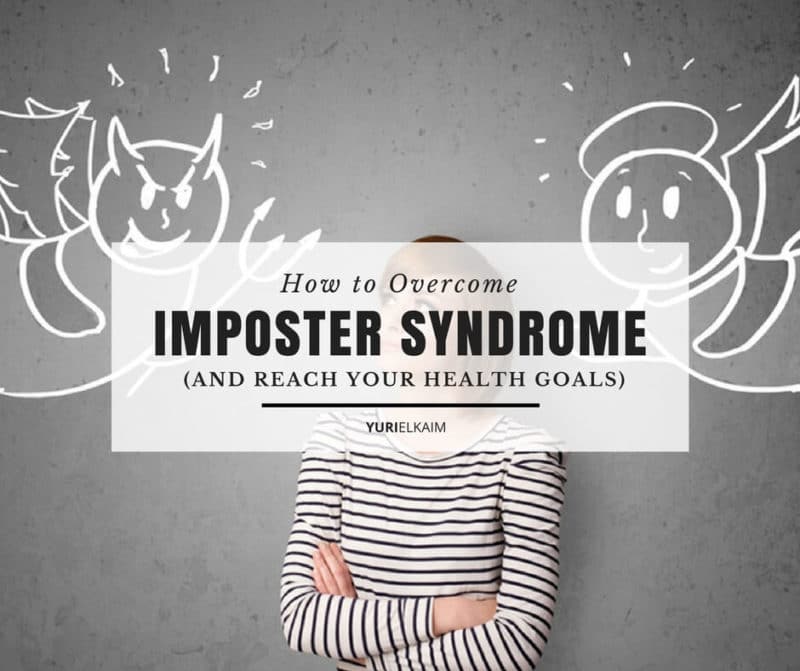 Have you ever been excited to reach a new goal for yourself, only to hear a nagging little voice inside your head?

It starts out sounding innocent enough, echoing the excited/anxious feeling that always comes with change.

But then the voice grows louder, and its tone starts to turn. It asks questions like, “Who said you could do that?” and, “Who do you think you are? The world going to see right through you if you do this.”

Then the doubt creeps in, and makes you second-guess what you were even thinking in the first place by setting the goal.

I mean, if your own brain is telling you you’re a fraud and others will know it, how on Earth can you follow through with pursuing a new lifestyle?

First things first: press pause on your inner critic for just a moment.

Now, take a breath and realize two important things: you’re not alone, and cause of this voice (which has a name) can be dealt with.

What is Imposter Syndrome?

It commonly begins as a paralyzing fear of being “found out” that your achievements and successes are a sham, or somehow not really “yours.”

American psychologists Pauline Clance and Suzanne Imes, who gave Imposter Syndrome its name in 1978, described it as “a feeling of phoniness in people who believe that they are not intelligent, capable or creative despite evidence of high achievement.”

They noted that these people are highly motivated, yet become fearful of being exposed as “frauds” to the world.

As you can see, this can create a world of tension and conflict not just in your mind, but also between you and your goals.

Although it seems like Imposter Syndrome would be prevalent in those with low self-esteem, it’s actually high achievers – people with Type “A” personalities – who are the most susceptible.

This may be due to family dynamics during childhood that included critical parents with unrealistic expectations, or childhood labels such as always being called the “smart one,” or “the talented one.”

These labels can lead to plenty of motivation, yes, but can also leave you feeling that your achievements aren’t truly yours, and that one day you’ll be “found out” that you never really were “the smart one.”

How Imposter Syndrome Affects Your Health

Interestingly, from what I’ve noticed working with clients, Imposter Syndrome is extremely prevalent in the health industry.

This usually manifests as certain attitudes or beliefs that can derail your progress toward your health goals.

Check out some of these attitudes below so you can get an idea of how to deal with Imposter Syndrome and start reaching your goals.

1. You Don’t Belong and/or You’re A Fraud

Have you ever walked into a gym, fitness class, or yoga studio, and felt out of place? As if you didn’t belong?

You may have had fleeting thoughts like, “What am I doing here? I’m no yogi,” or “What was I thinking, trying to be ripped like these girls/guys? I’ve always been and will always be weak.”

This is classic Imposter Syndrome. You feel so out of place as a beginner surrounded by healthy-looking athletes that you immediately want to flee back to a place you’re comfortable (even if that place is an unhealthy lifestyle). 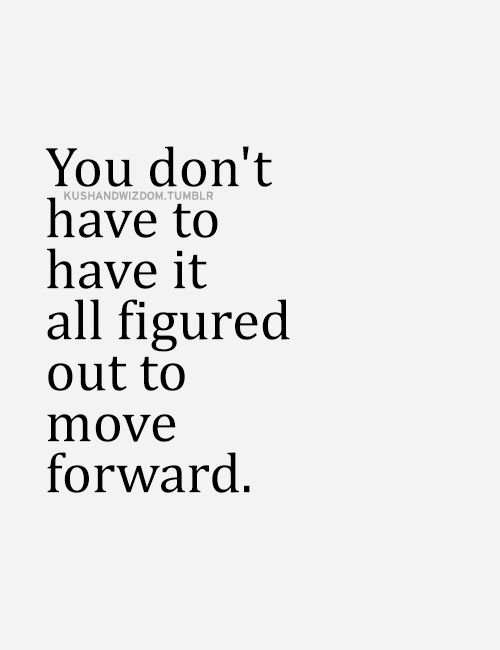 To counteract this feeling, it helps to remember that not only was every person in the room once a beginner quite like yourself, but also that 99 percent of them are completely focused on their own goals.

Most often, no one in a health-oriented environment is sitting around waiting for a new person to walk in so they can tell them to give up and go home. And most especially, if they’re as fit as they appear in your mind, they’re focused and dedicated to what they’re doing – which doesn’t include judging you.

2. You Failed Before, so You’ll Fail Again

This is a common way Imposter Syndrome can rear its head, especially if you’re successful in other areas of your life, but have failed before at becoming healthier. Since you’re high-achieving, this failure likely stands out in flashing neon in your mind.

The thought process goes something like this: you’ve failed once (or more) at adopting a workout regime or healthy diet, so you just assume you’re doomed to fail again. This then prevents you from even trying in the first place, because you think, “what’s the point?”

There are a few ways to counter this belief, and the first is to realize that everybody fails: Every. Single. Person.

In fact, the people who failed the most in their lives are often the same people we now recognize as geniuses. 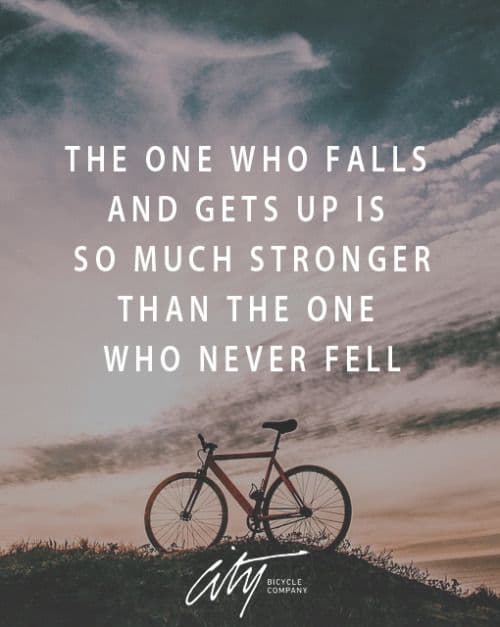 For instance, Thomas Edison failed so spectacularly at his early invention ideas that his quote, “I have not failed 10,000 times – I’ve successfully found 10,000 ways that will not work,” is now one of the most widely-cited failure-acceptance quotes.

The second counter for this belief is to realize that without failure, there will be no learning or progress.

If everyone quit trying to reach their goals after one failure, the world would be a vast, barren place.

If you pursue your goals despite setbacks, you’ll come to see clearly the things that work (and don’t work) for your body and your lifestyle.

And you will come out of the other side not only victorious, but also with a new awareness of what your “optimal” is, whether that’s a certain workout style or specific diet.

Often, this limiting belief occurs subconsciously, without your knowledge.

This can be due to any number of factors, such as critical parents telling you you weren’t worth much as a child, or a former spouse telling you you didn’t deserve them, etc.

Unfortunately, most of us are susceptible to internalizing these beliefs, especially as children.

Then, when we get older, this belief begins to manifest as never doing anything for ourselves, or hesitating to invest in a health program because it’s too expensive, or because it might require extra time away from family.

To let go of this belief, you need to realize that you don’t have to deserve to be happy and healthy, but instead view health as a fundamental human right. Denying yourself this right does nothing but create negativity, resentment, and eventually leads to illness. 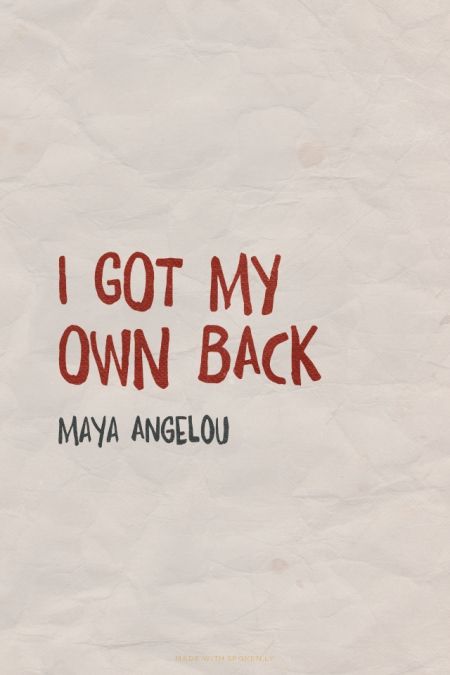 In fact, being healthy and investing in your health is one of the best things you can do not only for yourself, but your family and relationships.

Your children will see you taking care of yourself, and internalize the belief that doing the same is a good thing. A worthy spouse will respect your decision to become healthier and, heck, you may even inspire them to join you.

4. You Compare Your Success to Others

You know when someone congratulates you and you say something like, “It’s not a big deal” or, “A woman in my class can run 10 miles in one day, my mile a day is pitiful”?

Thinking this way tends to eliminate all of your enthusiasm. And if left uncheck, it’s a recipe for quitting.

To stop this type of thought process, you need to do one powerful thing: stop comparing yourself to others. 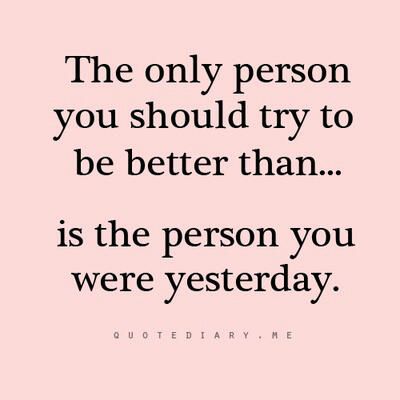 Remember, you are on your own personal journey, not someone else’s. The person you’re comparing your progress to started right where you are: one mile or 10 reps or one healthy dinner at a time.

How did they get to where they are now? They focused on their journey, and didn’t let their seemingly “small” progress derail or depress them.

Now, this isn’t to say you can’t admire or look up to someone as an inspiration for health and fitness. Just don’t discount your progress based on their successes.

Remember: they’ve been in the game longer, and if you stay the path, you’ll eventually reach their level.

Even Celebs Get Imposter Syndrome

Chances are, if you’ve set out to do anything new and good for yourself, Imposter Syndrome has  manifested in some form.

The most important thing to remember is that you’re not alone in dealing with it. Many famous and talented people have experienced Imposter Syndrome, even after achieving tons of success.

Or actress Jodie Foster, who said, “I always feel like something of an impostor. I don’t know what I’m doing.”

Discovering that even the most high-profile people in the world experience the exact same feeling you do can be wildly liberating, and can give you greater control over that devilish voice.

Want to know if you suffer from Imposter Syndrome? Try taking this quiz.

Overcoming imposter syndrome isn’t something that happens overnight – it’s more of an ongoing process. When that nagging voice inside your head tries to knock you down, instead, try to look at yourself with a gentle eye and treat yourself with compassion.

And then get yourself back up and continue on, because the more you do that, the quieter that voice will become.

You can find out how you rate when it comes to your health.

Take the simple Health Score quiz and learn 20 different ways your body could be signaling you that something’s not quite right.

Click the banner below and find our your score!