How to Choose a Good Quality Multivitamin | Yuri Elkaim

You are here: Home / Healthy Eating / How to Choose a Good Quality Multivitamin

How to Choose a Good Quality Multivitamin

To be honest, I don’t actually buy or take multivitamins too often, but when I do, it has to be legitimately good stuff.

With that said, I realize most people don’t know what exactly makes a multivitamin worth buying. So I’m going to break that down for you in this article. This is one of those nutrition tips you didn’t realize you needed, one that’s beneficial in ways you couldn’t imagine.

How to Choose a Multivitamin: the Big Question

As you may know my approach to healthy living is about eating clean and eating real foods. That’s the best way to get most of your nutrients.

If you go to the vitamin shop or any health food store, you’ve probably seen rows upon rows upon rows of multivitamins. I know what question that leaves you stuck with: other than price how do I differentiate between one and the next?

The Most Important Thing about Your Multivitamin 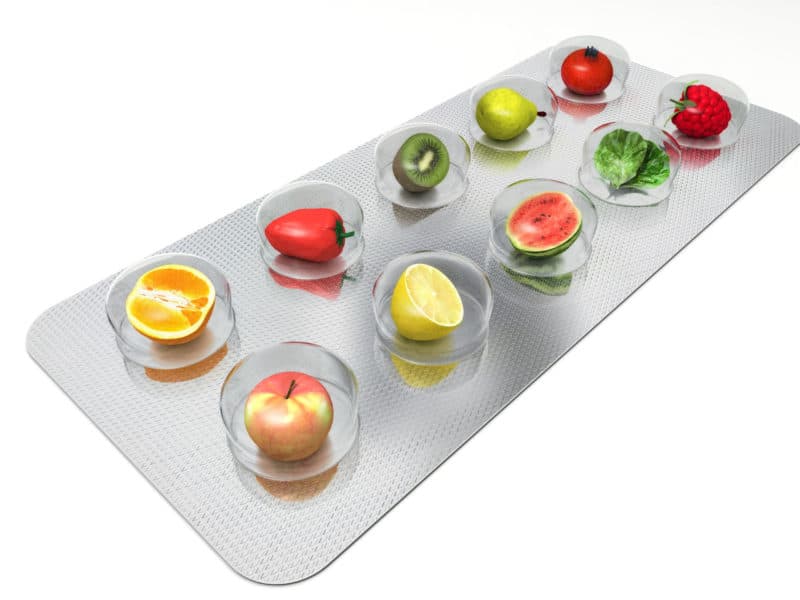 Here’s what I believe to be the most important thing with respect to choosing a multivitamin: if it is based on whole food ingredients or synthetic ingredients.

When I talk about synthetic ingredients, I’m talking about ingredients that are sourced from the laboratory pretty much.

To give you perfect example, let’s consider a really good company, Biomed. They make some really good stuff, however it is pretty clinical grade. What that means is that it is used very often in clinical setting. You tend to think well if my doctor recommended this, it must be really good.

A lot of studies do show that high levels of ascorbic acid are helpful for things like cancer. Obviously those are very high clinical doses, but understand this: ascorbic acid is one element of the vitamin C complex.

The benefit of eating or choosing a whole food based multivitamin, is that when you’re looking at the vitamin C component, often it will say vitamin C from acerola or cherries, or even from citrus fruit.

That’s great because when we eat food in its natural form we get the ascorbic acid along with all those other synergistic compounds that make up the full vitamin C complex.

That’s a very important distinction, because in the body those synergistic molecules all work to improve absorption and action inside the body.

And that’s the real big benefit for choosing a whole food based multivitamin versus a synthetic one.

Now let’s take a look at a multivitamin I recently picked up on a trip to New York, Vitamin Code for men. It’s from Garden of Life. It’s actually one of my favorite companies out there, because all the stuff they produce is based on raw ingredients. Raw real food.

If we look at its food label, you’ll notice that it’s based on raw ingredients, unprocessed, from real food.

But you have to be careful, because some times with the labeling it can be pretty misleading. One of the things you want to look for is this kind of claim or statement that says whole food or derived from whole foods.

In this case they put raw, so that means that the source was not even pasteurized, cooked or processed, which is even better. This one actually contains live probiotics and enzymes. That’s a benefit in terms of digestion and intestinal health.

When you look at this multivitamin’s label, you’ll see that it lists all the vitamins it contains.

What’s most important however is the ingredients list which shows you where these vitamins are coming from. In the case of the Vitamin Code bottle, it lists a whole host of organic fruits and vegetables. It’s likes a big salad in a capsule. That’s awesome.

It’s the one instance where more ingredients makes for a better product. I generally advocate that you should be wary of foods and products with long ingredient lists because it makes it likely that they contain fewer whole foods. In this instance, that’s not the case.

Another thing you want to look out for is vitamin B-12.

Many vitamins contain it in the form of cyanocobalamin, which is not the natural form. The natural from would be methol cobalamin. Vitamin C is sometimes in the form of calcium ascorbate. A lot of minerals in vitamins are based on HCP kilates, citrates, none of which are real foods.

The simple test when you pick up any bottle of vitamins is to look at how vitamin C is listed. If it’s contained in the form of ascorbic acid, there’s a pretty good chance most of the other ingredients are synthetic as well.

Hopefully this has helped you out the next time you’re at you’re health food store.