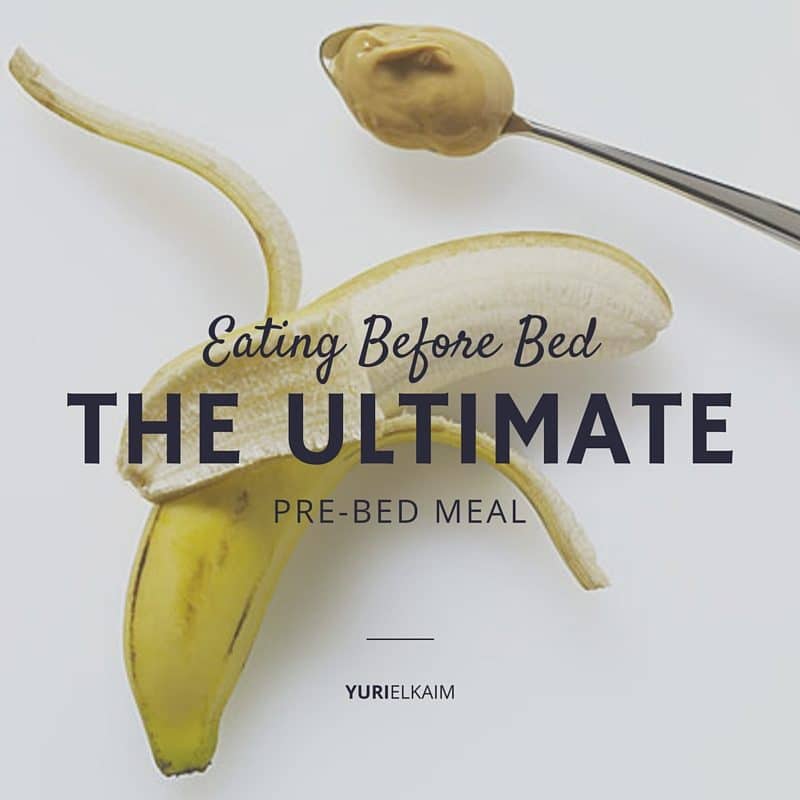 Eating before bed is typically frowned on, and with good reason. You don’t want your body expending energy on digestion when it should be resting.

That said, eating before bed can come in handy if you’re following a fat burning diet plan. There’s a particular way to do it, and while it is pretty controversial—and you might think I’ve gone crazy—it absolutely works.

You’ll probably be even more shocked when I tell you this: the best food to eat before bed is a carbohydrate.

It’s any healthy carb, really. It’s been shown that carbohydrates increase the amount of tryptophan that is available to cross into the brain. That’s important because tryptophan turns into serotonin, and serotonin turns into your sleep hormone melatonin.

That basically means that eating carbs before bed helps you sleep better.

Contrary to popular belief, you don’t want to be limiting your carbs later in the day. If you do, you start to impair your sleep.

[Read: When to Eat Carbs: The Carb Backloading Secret]

For instance, last night I did a 7:45 hot yoga session. I got home at 9:30. I usually go to bed at 10:30, but I was sweating a storm, couldn’t even stand up and just didn’t want to go to bed dehydrated, so I had some water with some sea salt to replenish the electrolytes I lost in that session.

Next, I took a banana and put it in a bowl with some peanut butter. This quick snack gave me good carbs from the banana, and a good amount of protein from the peanut butter. Sometimes I’ll use almond butter.

The protein of the peanut butter balanced out the blood sugar impact of the banana, so I wouldn’t get a huge spike in blood sugar. If I had a banana by itself, the glycemic impact would be a little bit higher.

One hour later, I was sleeping like a baby.

Ideally, you want to have your pre-sleep carbohydrate meal four hours before you go to bed. It should be lower on the glycemic side.

If you get home late and you don’t want to stay up for another four hours, then have something simple like this before you go to bed.

It’s going to be easy for your body to assimilate, it’s not going to sit in your stomach for five hours to digest, and it’s going to help you sleep a little bit better while helping you refuel.

I hope this helps you see that eating before bed isn’t as terrible as you’ve be made to believe. In fact, it can be a rather helpful part of your fat burning diet. You just have to make sure you’re eating the right stuff.

Again, I’d recommend a banana and peanut butter, but a smoothie might do the trick.

Did you enjoy this tip on Eating Before Bed? You might also like The “All-Day Energy Diet” Community Cookbook. To get 67 delicious, allergen-free meals that take less than 15 minutes to make for FREE, click on the banner below.