Barbell Hip Thrust: How to Do It (The Right Way) | Yuri Elkaim

You are here: Home / Fat Burning Exercise / Barbell Hip Thrust: How to Do It (The Right Way)

Barbell Hip Thrust: How to Do It (The Right Way) 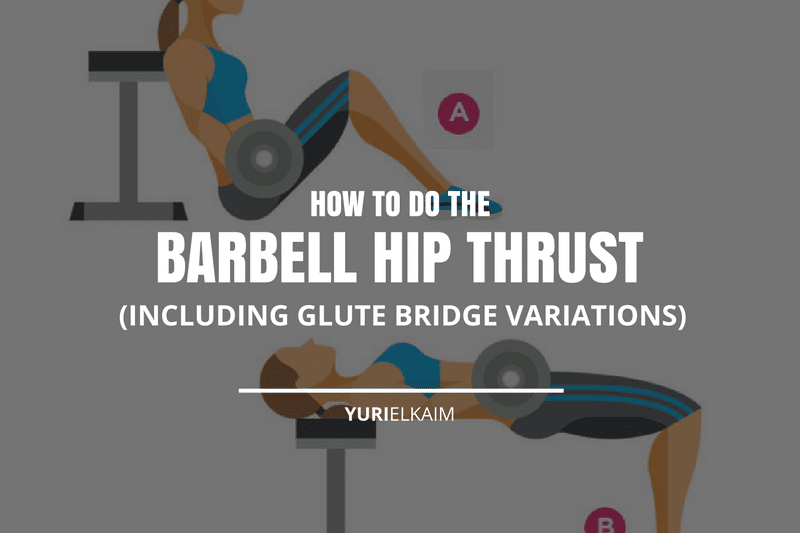 Have you tried hip thrusts yet? Lately they’re topping the list of trendy glute exercises – for good reason.

While it’s not a new exercise by any means (there are photos of strongmen performing barbell hip thrusts as early as the 1920s), for years they’ve taken a backseat to more popular exercises like the squat, deadlift, and lunges.

While these are all amazing exercises you should include in your workouts, let’s take a look at why barbell hip thrusts are a must when it comes to maximizing your glute potential.

As a bonus, hip thrusts also involve the entire core, including the muscles referred to as “stabilizer” muscles that help us keep our balance and keep our spine stable.

Benefits Of The Barbell Hip Thrust

Basically, if you want to take your backside to the next level, you need to be doing hip thrusts.

Whether you’re using them as a main lift with low reps and heavy weight, or as a supplement to heavy deadlifts and squats, hip thrusts have a well-deserved place in your routine because they fire your glute muscles, big-time.

And yes, possibly even better than the squat (not that you should stop squatting, of course!).

They found that the hip thrust caused significantly greater (172 percent vs. 89 percent) peak upper glute and peak lower glute (216 percent vs 130 percent) EMG activity than the back squat.

Plus, peak biceps activity was also higher than in the back squat group (1).

As you can see, the hip thrust produces greater muscle activity in the glute muscles than the back squat – and even works your biceps better, too.

This is great news for everyone looking to further build glute strength, whether for performance or aesthetic reasons. 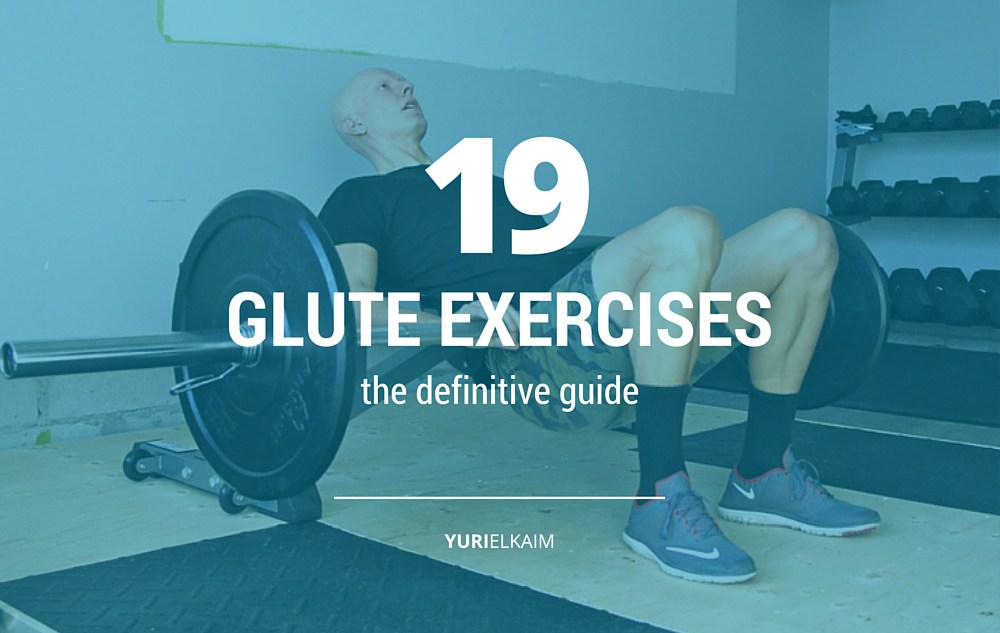 [Related: The 19 Best Glute Exercises of All Time]

Don’t Stop At The Glutes

You might assume the benefits of the glute bridge would stop at, well, the glutes. But when you look at the role the glutes play in any exercise that requires power, you’ll see that its effects go much farther than our backside.

This is due to what is called transference of force, or leg drive, which is when we use lower body power to perform upper body exercises.

Take, for example, the chest press. Sometimes when lifters go heavy for a chest press, you’ll notice their back arching off the bench as they attempt to push through their legs and back to help them lift the weight.

The problem with this is that when the glutes, lower body, and low back are underdeveloped and weak, you can become susceptible to overarching during the press. This can lead to hyperextension and low back pain.

On the other hand, if your glutes and backside are strong, your glutes will fire correctly and your low back will have sufficient stabilization to avoid overarching, lending you the needed power to push through your heavy press.

This increase in leg drive and the fact that the hip thrust helps strengthen the stabilizer muscles we spoke of earlier, helps with other types of movement, too.

This is especially true when it comes to sports.

We see this effect because most of our power for movement is driven through our lower body. So, any exercise that increases muscle activation in this area has the potential to help in explosive movements like those found in many sports.

This leads to greater muscle growth and glute activation, prepping you for other heavier lifts like squats and deadlifts.

The bridge is also traditionally performed with your back flat on the floor, while the hip thrust involves placing your upper back on a low bench. This can also allow for greater range of motion through the hips.

How To Do The Barbell Hip Thrust

There are a couple different ways you can do the barbell hip thrust, and also differences in the amount of weight you can use.

Hip Thrust With A Barbell

For this exercise, make sure you use a bench or box that won’t move as you brace against it. Also, use a barbell weight that’s challenging for you, yet doesn’t compromise your form to the point where you’re using your lower back to compete the thrust.

Performing Hip Thrusts With A Barbell

Avoid hyperextending the lower back during this exercise. 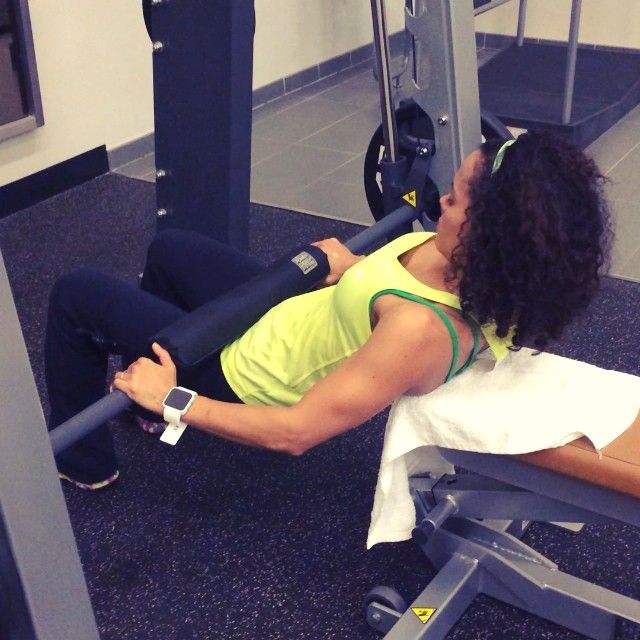 This can come in handy when you’re slowly upping your weight and want additional support during the movement.

Don’t feel as if a barbell is your only option when it comes to hip thrusts. You can also hold a dumbbell placed across your lap, a weight plate, or even use straps.

Just make sure these weights are in the center of your hips to avoid imbalances. I also recommend to progress to a barbell once you start to need heavier weight, as it distributes weight better and can be padded to protect your hip flexors.

The glute bridge is still an excellent alternative to the barbell hip thrust, especially if you’re a beginner or are just returning to weighted workouts after an injury.

The glute bridge works several of the same muscle groups (the glutes, hamstrings, lower back, core) as the barbell hip thrust, and also preps your stabilizer muscles to support heavier weight in the same position.

These muscles are found throughout the entire core and work to keep the spine in proper alignment, maintain our posture, and help prevent low back pain and injury, so they’re definitely worth your attention before jumping into a full barbell hip thrust.

The good news is you can also progressively increase the difficulty of the glute bridge until you feel strong and stable enough for the barbell hip thrust.

One thing is for certain: there’s almost no one out there that would turn down stronger, tighter glutes. Now if you actually have tight glutes, try these stretches to loosen them up.

The barbell hip thrust is an all-around spectacular exercise to help get you there, while also increasing your power during other movements.

Blast fat with this new strength and interval cardio combo workout that does double duty by also sculpting your muscles.

This FREE download includes an instructional video, workout tracker, and follow-along audio. It’s a $29 value – and it’s my gift to YOU!

Click the banner below to get the Fat Blaster Workout now!