You are here: Home / Uncategorized / Is Apple Juice Worse Than Coke?

Is Apple Juice Worse Than Coke? 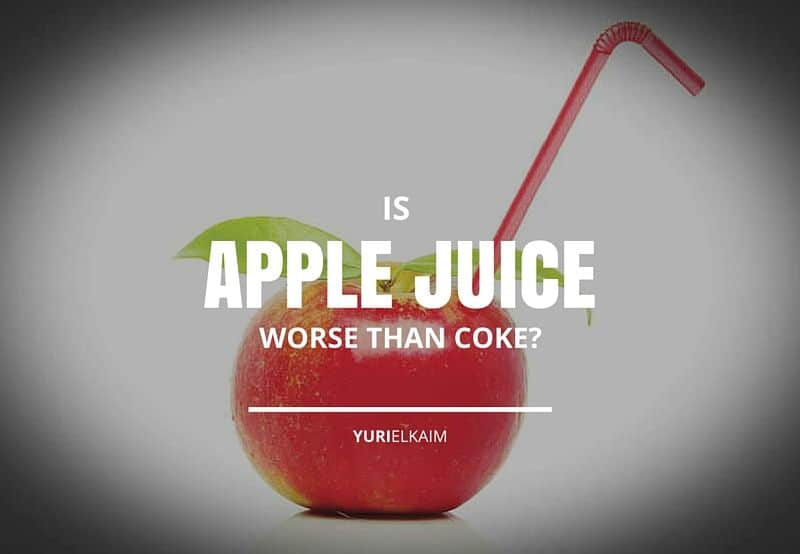 Warning: This may be the most controversial post I’ve ever published.

I’m just going to go for it and ask the question straight-out:

Is apple juice worse than Coke?

To find the answer, we’re going to do a little math.

The reason I’m talking about this is because I have three little kids. If you also have kids, you’ve probably brought them to parties or have been with parents who have thought apple juice is a good choice because it’s supposedly healthier than soda.

And if you go to a restaurant and the server asks what you want to have to drink, there’s a good chance you say, “I’m going to give little Johnny some apple juice because we think it’s healthier than giving him a Coke.”

Let’s do some math together.

I’m going to take my notepad out and use my iPhone calculator. You can play along if you want as well.

The Numbers: Apple Juice vs. Soda 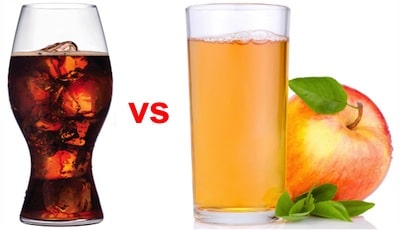 That works to a mere .02 difference – basically the same.

I’ve also done this calculation with other apple juices like Minute Maid, and the Minute Maid apple juice has a higher sugar content than the one I’ve used here.

What I’m trying to get at is that there is the same amount of sugar in apple juice as there is in Coke. Exactly the same.

Let that sink in for a second.

When you go to a restaurant or when you think you’re doing yourself or your kids a good thing by giving them apple juice, I really encourage you to think twice.

This isn’t your fault – because on the face of it, it sounds like fruit juice would be healthier. But it just plain isn’t.

You probably are wondering now, what are some better choices than apple juice?

Well, the simplest choice is water.

Water is the zero-calorie, zero-sugar drink, which is much better than these two. Drinking water is really important nutrition tip, and getting kids used to drinking it sets them up for a lifelong healthy habit.

What is the problem with sugar?

Obviously, we know that sugar spikes your blood sugar, and that is step one in gaining of weight. As we spike our blood sugar, we spike insulin, and insulin takes sugar out of the blood and stores it in your fat cells, along with your muscles.

It doesn’t just do this in adults – it does with kids, too. 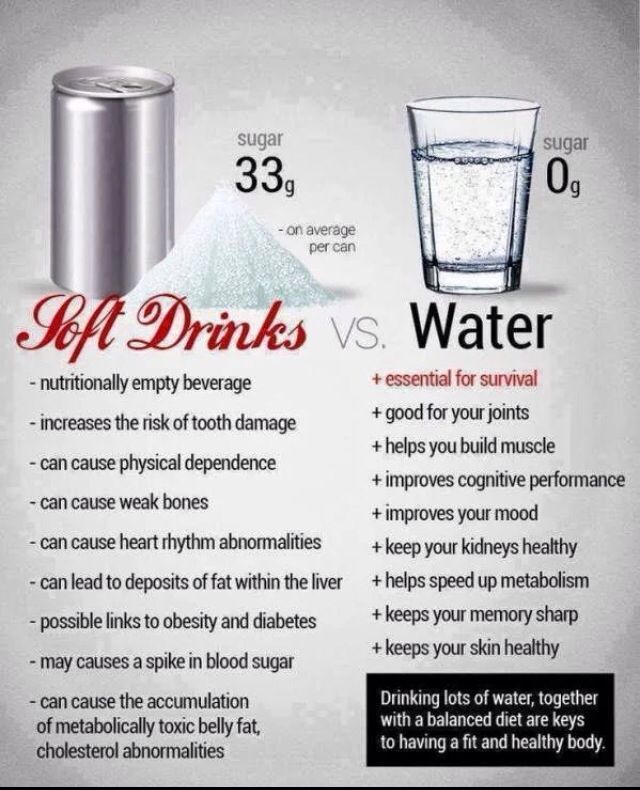 But that’s not all. This is where things get a little bit scarier.

Apple juice is very high in fructose. Fructose is a very different molecule than glucose.

Coke and other sodas are also high in fructose. When you look at the label and it says the word Sugar, that is essentially molecule with 50 percent molecule of glucose and 50 percent fructose.

To make this very simple your body wants, needs, and easily converts glucose for fuel.

Meanwhile, fructose has to be metabolized in your liver before it’s converted into glucose, which creates a very laborious process for your liver.

The problem here is this: When you have too much fructose coming in at once, your liver can only handle so much of it. As a result, if there’s too much coming in, your liver starts to spew off uric acid and triglycerides as byproducts.

If you want to look at the research, there are a ton of research papers on the detriments of fructose.

The Right Fruits in the Right Amount

I’m not saying that fruit is bad. Fruit is not bad; the nonsweet fruits are generally better. Berries, as an example, are an amazing fruit.

What I am saying is that if you are juicing fruit, I would strongly encourage you to stop.

[Related: Are Smoothies Healthy? 8 Surprising Findings You Need to Know About]

If you’re juicing copious amounts of fresh juice – even if it’s at home – with pears, apples, watermelon, or whatever, you are taking in a huge amount of fructose. Over time, that’s going to put a lot of strain on your liver, and that can become a big problem.

If you are going to juice, instead you should focus on greens – kale, spinach, celery, stuff like that. If you want a little bit of sweetness in there, you can throw in an apple or pear.

But please don’t make your juices based on fruit; it can become a big, big issue.

You Deserve the Truth

Yes, there are some more nutrients in apple juice; you’re getting more vitamin C, and that’s pretty much it.

And if you’re not getting your apple juice from organic sources, there’s always the arsenic issue with apple juice. That’s just something to think about.

Let’s focus on getting our kids to drink water instead!